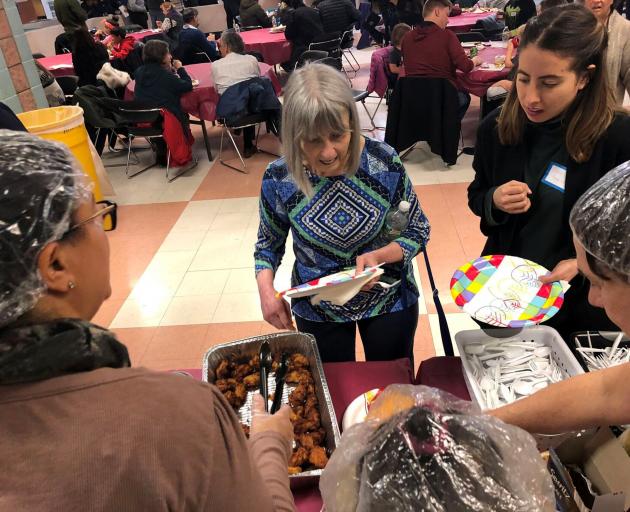 Furloughed government workers, contractors and their families attended a free community dinner donated from families and community organisations in Silver Spring, Maryland. Photo: Reuters
A partial government shutdown over President Donald Trump's demand for billions to build a wall along the US-Mexico border entered its 22nd day on Saturday, making it the longest shuttering of federal agencies in the country's history with no end in sight.

Trump, holed up in the White House with Congress adjourned for the weekend, warned of a much lengthier impasse and blamed the Democrats.

"We will be out for a long time unless the Democrats come back from their 'vacations' and get back to work," he tweeted.

Democrats say Trump shut the government in a "temper tantrum" by refusing to sign bipartisan funding legislation last year that did not include money for his wall.

The closure, which began on December 22, broke a decades-old record by a 1995-1996 shutdown under former President Bill Clinton that lasted 21 days.

Roughly 800,000 federal workers did not receive paychecks that would have gone out on Friday. Some have resorted to selling their possessions or posting appeals on online fundraising sites to help pay their bills.

Miami International Airport said it will close one of its terminals early over the next several days due to a possible shortage of security screeners, who have been calling in sick at twice the normal rate.

A union that represents thousands of air traffic controllers sued the Federal Aviation Administration on Friday, saying it had violated federal wage law by failing to pay workers. It is at least the third lawsuit filed by unions on behalf of unpaid workers.

The head of the US Secret Service, which is responsible for protecting Trump, has warned employees that financial stress can lead to depression and anxiety. "Keep an eye out for warning signs of trouble," Director R.D. "Tex" Alles wrote in a memo seen by Reuters. 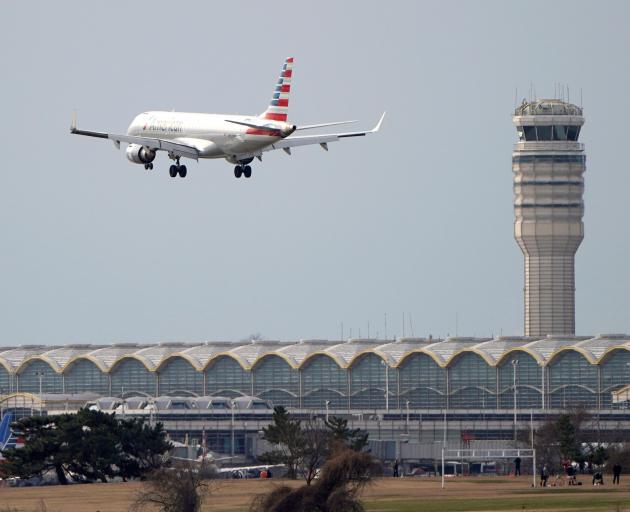 The Transportation Security Administration, responsible for airport security screening, said its rate of unscheduled absences rose to 5.6% on Saturday from 3.3% a year ago but that security standards have not been compromised.

To support its workforce, TSA said it was processing pay for employees who worked on the first day of the shutdown and announced $US500 bonuses for uniformed screening officers.

Trump is considering a possible national emergency declaration that would end the shutdown and allow him to obtain his wall funding by circumventing Congress. But on Friday, he said he would not take such a step "right now".

"Democrats should come back to Washington and work to end the Shutdown, while at the same time ending the horrible humanitarian crisis at our Southern Border. I am in the White House waiting for you!" he tweeted.

Trump also urged his 57.2 million Twitter followers to contact Democratic lawmakers and "Tell them to get it done!"

Democrats, who call a wall an ineffective, outdated answer to a complex problem, have passed several bills in the House of Representatives to reopen the government without funding for Trump's barrier. But the legislation has been ignored by the Republican-controlled Senate.

Trump originally pledged Mexico would pay for the wall, which he says is needed to stem the flow of illegal immigrants and drugs. But Mexico has refused.

US government departments including the Treasury, Energy, Commerce and State departments, shut down when funding lapsed on December 22. Funding for other portions of the government, including the Department of Defense and Congress, was approved, allowing them to continue regular operations.

Trump has repeatedly described the situation at the Mexico border as a "humanitarian crisis" as speculation has increased this week that he would circumvent Congress to begin building his signature wall - a move that would be sure to draw a court challenge from Democrats who say the barrier would be barbaric and ineffective.

Instead, the president urged lawmakers to provide him the $US5.7 billion he is seeking for border security.

A national emergency would allow Trump to divert money from other projects to pay for the wall, which was a central promise of his 2016 campaign. That, in turn, could prompt him to sign bills that restore funding to agencies that have been affected by the shutdown.