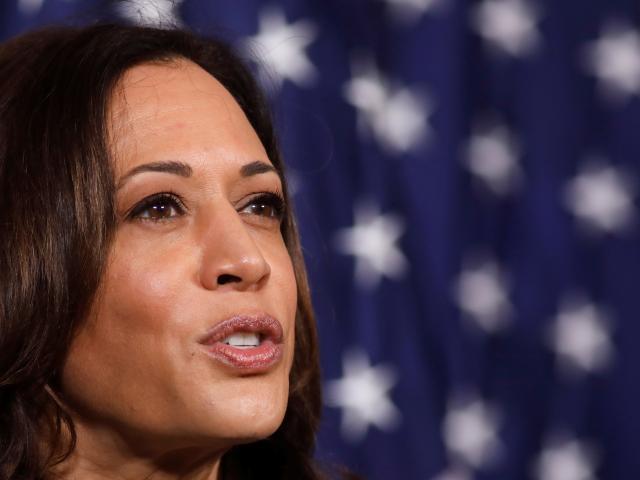 Kamala Harris. Photo: Reuters
US Democratic vice presidential nominee Kamala Harris has cancelled travel plans as a precaution after one of her staff members tested positive for Covid-19, the Biden campaign says.

Harris, who the campaign said tested negative for the coronavirus on Wednesday and is set to be tested again on Thursday, had planned an aggressive travel schedule in the run-up to the November 3 election between her running mate Joe Biden and President Donald Trump.

She was scheduled to appear in North Carolina on Thursday, a competitive battleground state where early voting just started and Trump is due to campaign as well.

But the campaign said it learned late on Wednesday that Harris' communications director, Liz Allen, and a flight crew member had tested positive for the virus. Both travelled with the Democratic senator during a campaign trip in Arizona on October 8.

Harris was not in close contact with either infected person during the two days prior to their diagnosis, the Biden campaign said in a statement and call with reporters.

Harris wore a mask during the flight she shared with Allen and the flight crew member, who both tested negative before and after the flight.

The coronavirus pandemic has hit the United States particularly hard, killing more people than any other country, and upending the 2020 presidential race.

Democrats especially have increased their use of virtual campaigning, fundraising and get-out-the-vote efforts to limit the spread and avoid unnecessary health risks.

Trump contracted the virus himself earlier this month, leaving him sidelined from his signature campaign rallies, which have continued to draw large crowds and many attendees without protective masks.

Harris' husband, Doug Emhoff, planned to cancel his travel on Thursday but resume in-person events on Friday since he and Harris have tested negative multiple times, the Biden campaign said.