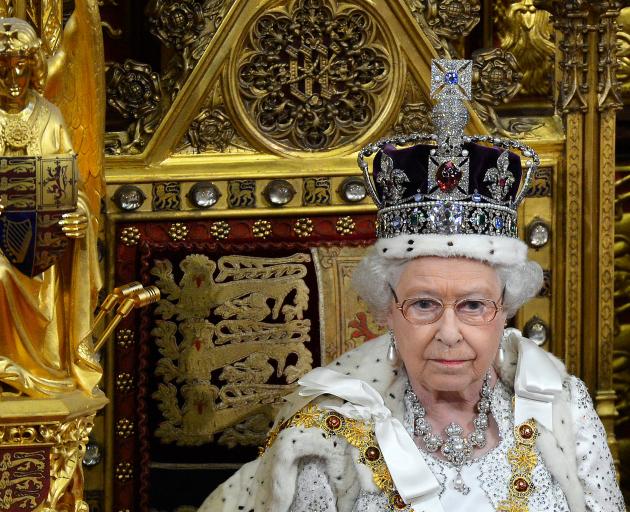 The Queen wears the diamond-encrusted Imperial State Crown at formal occasions such as the opening of parliament. Photo: Reuters
The Queen has revealed how uncomfortable riding in her golden carriage to her coronation ceremony was 65 years ago and how wearing the Imperial State Crown risked "breaking your neck".

Elizabeth, Britain's longest-reigning monarch, was crowned queen on June 2 in 1953 at London's Westminster Abbey, in a ancient, grand service whose origins date back 1000 years.

In a very rare, personal account for a BBC documentary, to be aired at the weekend, she speaks candidly for the first time about the occasion and some of the Crown Jewels which play a symbolic role in the ceremony.

The Coronation: Trailer - BBC One https://t.co/wUGvqulERg via @YouTube Huge privilege to be in conversation with The Queen about the 1953 coronation and the Crown Jewels - watch BBC1 8pm next Sunday (14 Jan 2018  at start of 65th anniversary year) @AtlanticProds @RCT @RoyalFamily— Alastair Bruce (@AlastairBruce_) January 7, 2018

"Horrible," she said of the ride in the four-tonne carriage from Buckingham Palace to the abbey where English monarchs have been crowned since 1066. "It's only sprung on leather, not very comfortable."

The Queen, now 91, was just 25 when she became queen on the death of her father George VI in 1952, with the coronation taking place the following year.

"It's the sort of I suppose the beginning of one's life really as a sovereign," she said. "It is sort of a pageant of chivalry and old-fashioned way of doing things really. I've seen one coronation (her father's in 1937) and been the recipient in the other, which is pretty remarkable."

The Queen also reveals how she had struggled with her coronation dress, which was embroided in silk with pearls, and gold and silver thread.

"I remember one moment when I was going against the pile of the carpet and I couldn't move at all," she said.

The documentary also features informal footage taken behind the scenes, including images of son and heir Prince Charles, then aged four, and his younger sister Anne playing underneath the Queen's long robe.

"Not what they're meant to do," she quips. 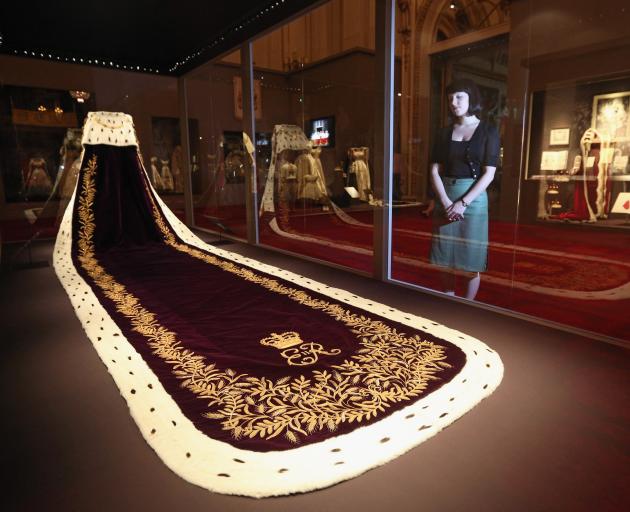 Charles has previously revealed how his mother had practised wearing the 2.2kg St Edward's Crown while he was being bathed.

The Queen wore two crowns for the occasion: the St Edward's Crown, which she has never worn since, and the diamond-encrusted Imperial State Crown which she wears at formal occasions such as the opening of parliament when she delivers a speech outlining the government's legislative plans.

"You can't look down to read the speech, you have to take the speech up. Because if you did, your neck would break and it (the crown) would fall off," she said smiling.

"So there are some disadvantages to crowns but otherwise they're quite important things." 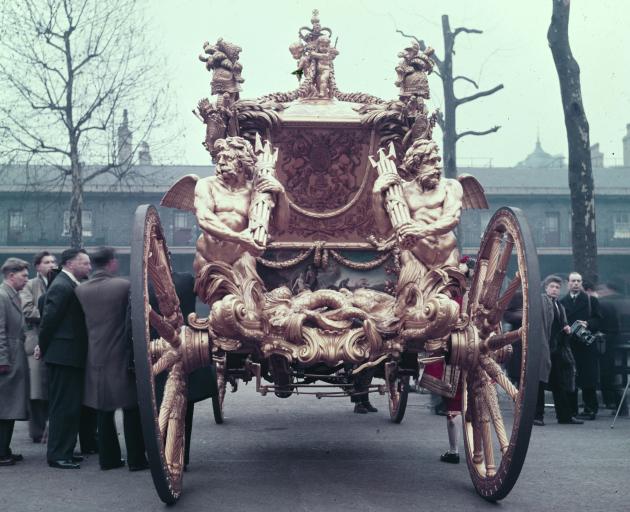 The four-tonne carriage was only sprung on leather and not very comfortable, the Queen said. Photo: Getty Images

The documentary shows her peering inquisitively and then grinning as she taps at pearls hanging on the 1kg crown, two of which are said to have been bought by her Tudor namesake, Elizabeth I.

"They were meant to be Queen Elizabeth's earrings," she said. "They don't look very happy now. Most pearls like to be living creatures so they've just been hanging out here for years which is rather sad."

Elizabeth has never given a formal interview during her long reign and Coronation expert Alastair Bruce, whom the queen spoke to for the programme, said their 90-minute interaction had been a "conversation".

"You don't ask the Queen a direct question, so you pose a comment that the queen then responds to," he told reporters.

He said he had the impression the queen was probably not fond of the heavy crown and was "very practical" in her treatment of the crown jewels.

He cited how during their conversation the crown had been slightly out of the Queen's reach so he asked the crown jeweller to help move the table it was on a bit closer. Instead, the Queen herself pulls the table towards her.