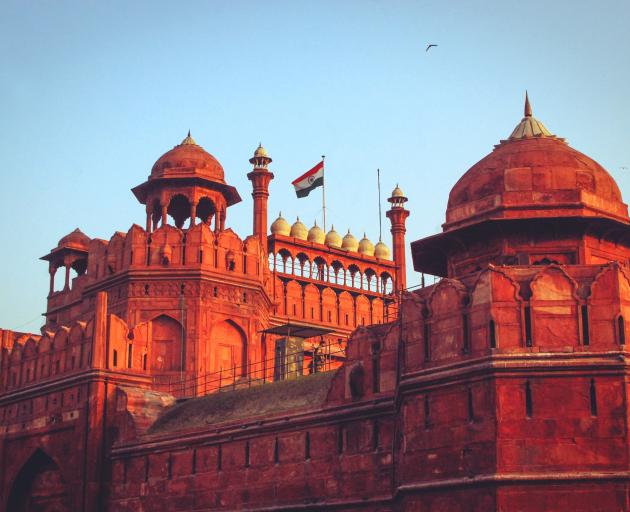 A film will be released at the Mughal-era Red Fort in New Delhi around noon to "celebrate the landmark milestone". Photo: Getty Images
India is set to administer one billion Covid-19 vaccine doses by early Thursday (local time), an important milestone after a slow start, even as a recent drop in inoculations worries the government and healthcare providers.

Health Minister Mansukh Mandaviya will launch a song and a film at the Mughal-era Red Fort in New Delhi about noon to "celebrate the landmark milestone", his ministry said.

The country has already injected 998.5 million doses, nearly 90% of them the AstraZeneca vaccine produced locally by the Serum Institute of India.

"I appeal to all unvaccinated Indians to quickly get their shots and contribute to our historic golden vaccination journey," Mandaviya said on Twitter.

The government wants all of India's 944 million adults to get vaccinated this year. As of now 75% of them have got at least one dose and 31% have had two.

India has so far reported 34.1 million Covid-19 cases and more than 452,000 deaths, most during a second wave of infections of the Delta variant that surged through the country between April and May.

A "sizeable number" of people in India have not taken their second dose by the due date despite adequate supplies, the health ministry said on Tuesday, as new infections fell to their lowest since early March.

Daily shots have averaged 5 million this month, a fifth of September's peak, though states are sitting on record stocks of more than 100 million as domestic output of the AstraZeneca vaccine soars.

Despite the current low number of infections, ministry officials have been urging people to get vaccinated fast, especially as the ongoing festival season means family gatherings and mass shopping, raising the risk of a new wave of infections.