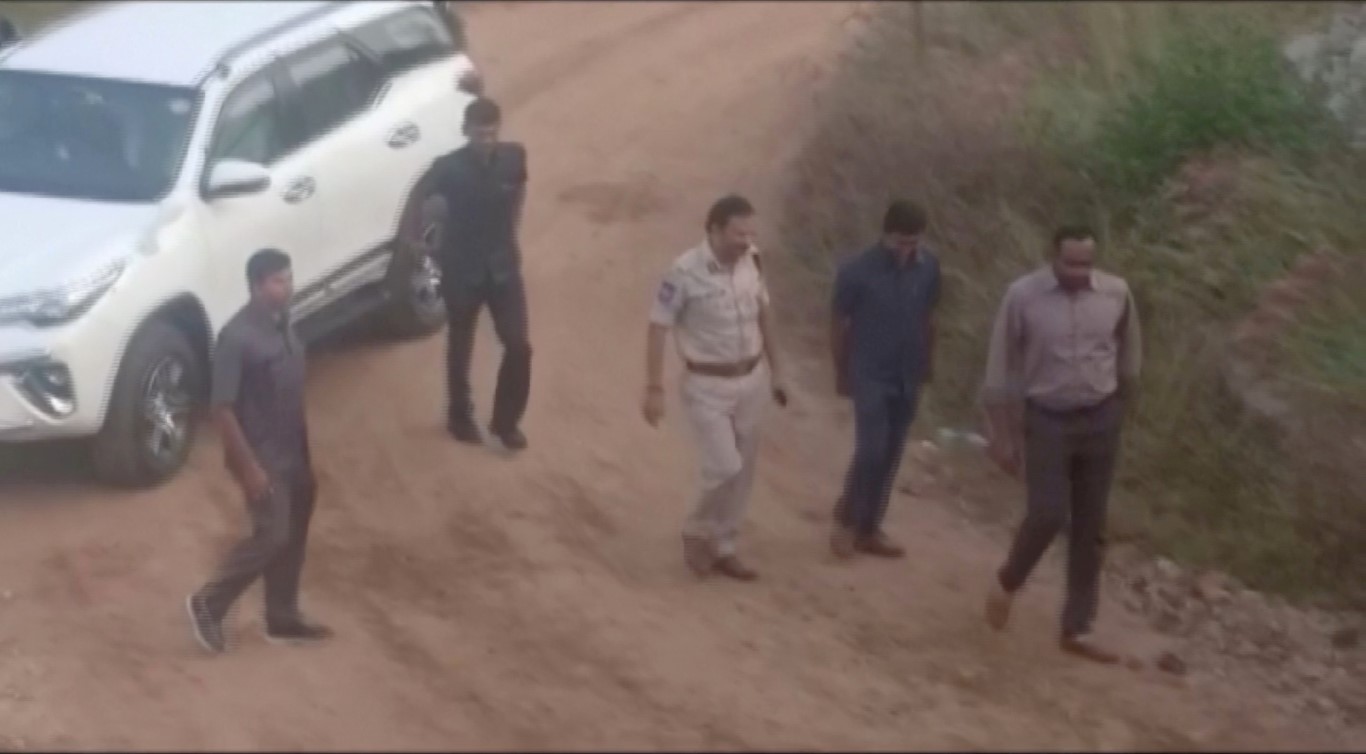 Police arrive at the scene of the shooting, in this still frame taken from video. Photo: Reuters
Indian police have shot dead four men suspected of raping and killing a 27-year-old veterinarian in the city of Hyderabad, a police official told Reuters, drawing applause from her family and citizens outraged over crimes against women.

The men had been in police custody and were shot dead near the scene of last week's crime where they tried to snatch the weapons of accompanying policemen, said N. Prakash Reddy, a deputy commissioner of police in Shamshabad, near Hyderabad.

Reddy said that the four men - two truck drivers and two truck cleaners, aged between 20 and 26 years - had been taken to the spot to re-construct the crime around 6am (local time).

"And there was a cross-fire. In this, all the four accused have died," Reddy said. "Two policemen have been injured."

No details were immediately available about how many police had escorted the four accused and whether they were handcuffed or roped together as is usually the case.

Earlier a local police official had put the time of the deaths at around 3:30am. There was no immediate explanation for the discrepancy.

Indian police have frequently been accused of extra-judicial killings, called "encounters", especially in gangland wars in Mumbai and insurrections in the state of Punjab and in disputed Kashmir. Police officers involved in such killings were called "encounter specialists" and were the subject of several movies. 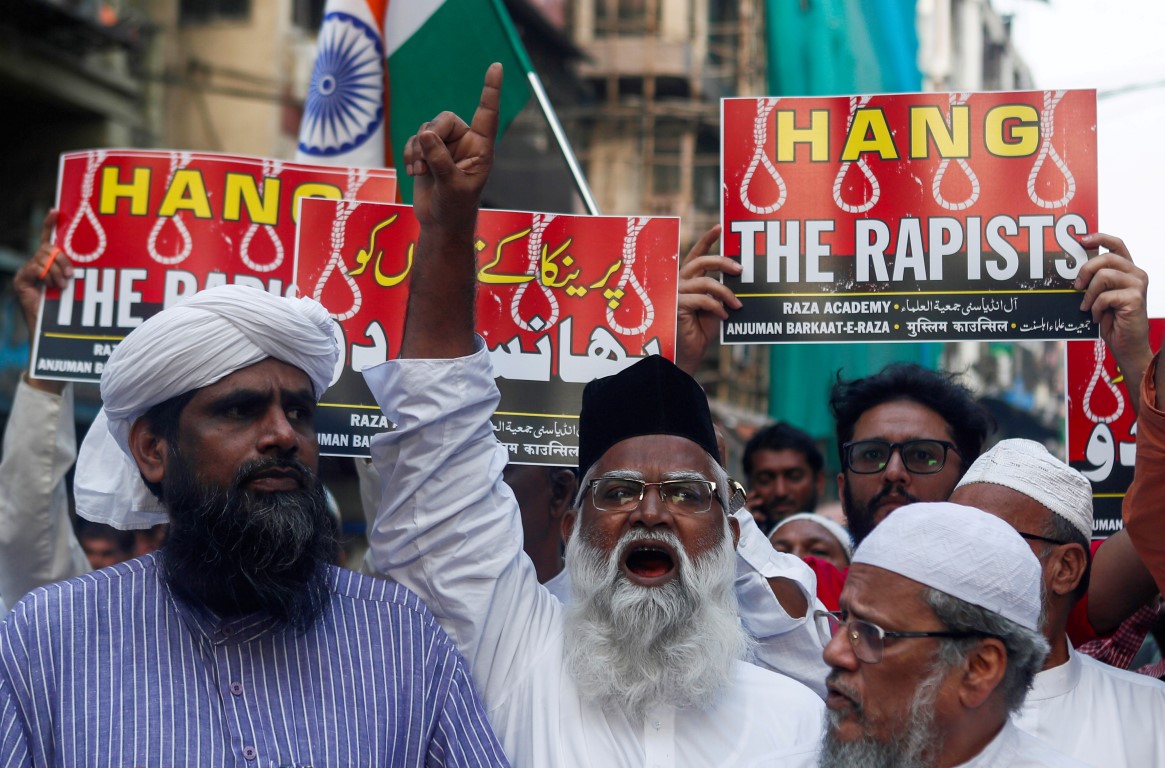 The woman had left home for an appointment on her motor-scooter and later called her sister to say she had a flat tyre. She said a lorry driver had offered to help and that she was waiting near a toll plaza.

Police said she was abducted, raped and asphyxiated and her body then set alight on the outskirts of Hyderabad.

Her family welcomed the news of the killings of the alleged perpetrators.

"It has been 10 days to the day my daughter died. I express my gratitude towards the police & govt for this. My daughter’s soul must be at peace now," Reuters partner ANI quoted her father as saying.

A crowd gathered at the site of the shooting and threw flower petals at police vans in support of the action. Some shouted "Long live police"; others hoisted police officials onto their shoulders.

Crimes against women have been unabated in India despite tough new laws that were enacted following the 2012 gang rape and murder of a woman in a Delhi bus that led to an outpouring of anger across the country.

Despite the setting up of fast track courts, cases have moved slowly, for lack of witnesses and the inability of many families to go through the long legal process. Some victims and their families have ended up being attacked for pursuing cases against powerful men, often local politicians.

Many Indians applauded the killings on Friday, taking to Twitter to support the police.

On Twitter, #encounter was the top-trending hashtag in India and No. 4 worldwide.

In Uttar Pradesh state, where a rape victim was set ablaze on Thursday while she was on her way to court, opposition politician Mayawati said the police there should take "inspiration" from what happened in Hyderabad.

Indian police registered more than 32,500 cases of rape in 2017, according to the most recent government data. But courts disposed of only about 18,300 cases related to rape that year, leaving more than 127,800 cases pending at the end of 2017.

But some people said the lack of progress in the courts did not mean the police had a free hand to dispense justice.

"This isn't instant justice - this is the absence of justice. We're not going to make women safer by abandoning the rule of law - is that so hard to understand?," said Rukmini S., an Indian columnist in a tweet.

Supreme Court lawyer Vrinda Grover said the police who were involved in Friday's incident should face an inquiry, but in all likelihood would be rewarded with medals. "Killing accused like this is a short cut, but in the long run this won't work, it will carry its own consequences."

There was no immediate word from Prime Minister Narendra Modi's government on the incident, but Maneka Gandhi a lawmaker from his Bharatiya Janata Party said the police appeared to have over-reached.

"You can't take law in your hands, they (accused) would've been hanged by Court anyhow. If you're going to shoot them before due process of law has been followed, then what's the point of having courts, law & police?"