Johnson firm on no Brexit extension 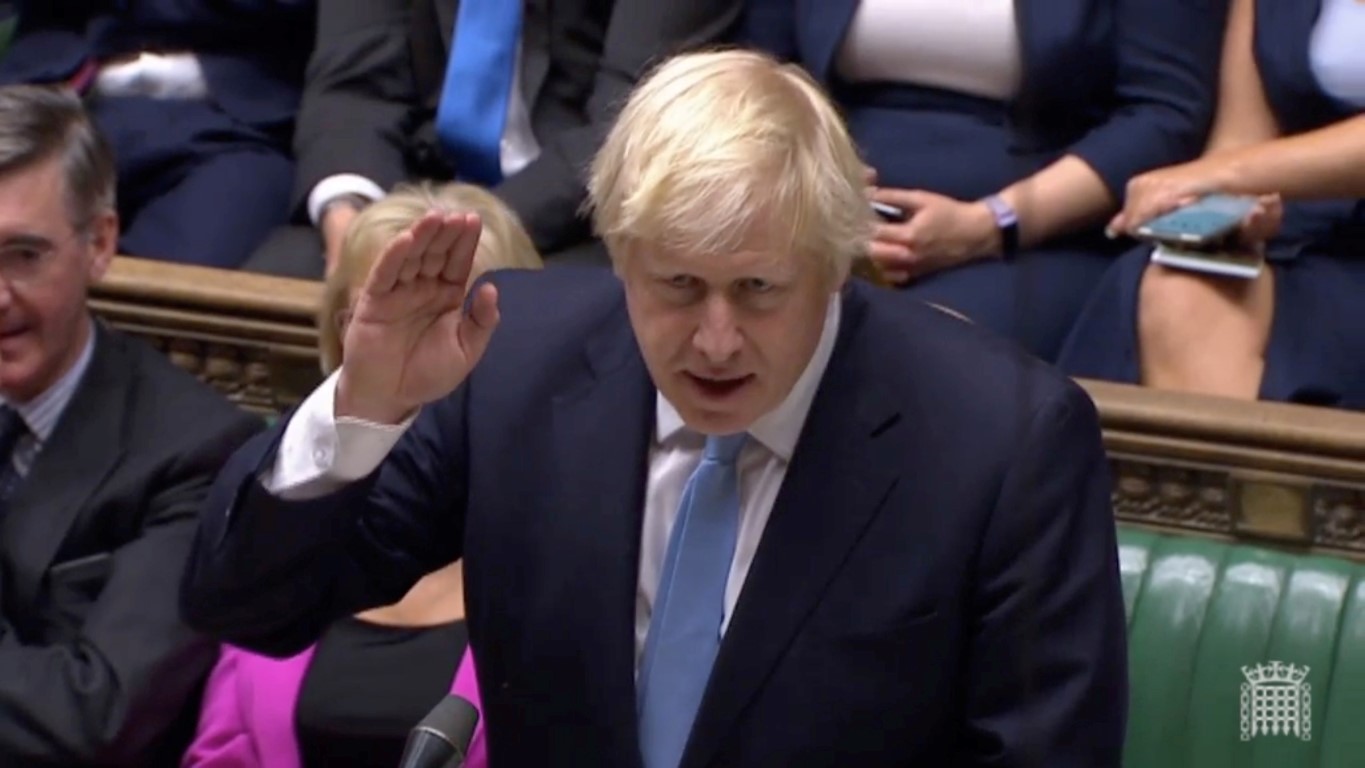 Britain's Prime Minister Boris Johnson speaks after the vote on whether to hold an early general election. Photo: Reuters
Prime Minister Boris Johnson said he would not request an extension to Brexit, hours after a law came into force demanding that he delay Britain's departure from the European Union until 2020 unless he can strike a divorce deal.

For the second time in a week, lawmakers rejected Johnson's request to try to break the deadlock through an early national election. Parliament is now due to be suspended until October 14.

Johnson appeared to have lost control of Britain's withdrawal from the European Union with the approval of the law, which obliges him to seek a delay unless he can strike a new deal at an EU summit next month.

EU leaders have repeatedly said they have not received specific proposals ahead of an EU summit on October 17 and 18, at which Johnson hopes he can secure a deal.

"This government will press on with negotiating a deal, while preparing to leave without one," Johnson told parliament after the result of the vote on an early election.

"I will go to that crucial summit on October the 17th and no matter how many devices this parliament invents to tie my hands, I will strive to get an agreement in the national interest ... This government will not delay Brexit any further."

Opposition Labour Party leader Jeremy Corbyn said the party was eager for an election, but would not support Johnson's move to hold one until it was certain a delay to Brexit had been secured.

"As keen as we are, we are not prepared to risk inflicting the disaster of no-deal on our communities," Corbyn said.

Brexit, the United Kingdom's most significant geopolitical move in decades, remains in question more than three years since the 2016 referendum, with possible outcomes ranging from an exit on Oct. 31 without a withdrawal agreement to smooth the transition, to abandoning the whole endeavour. 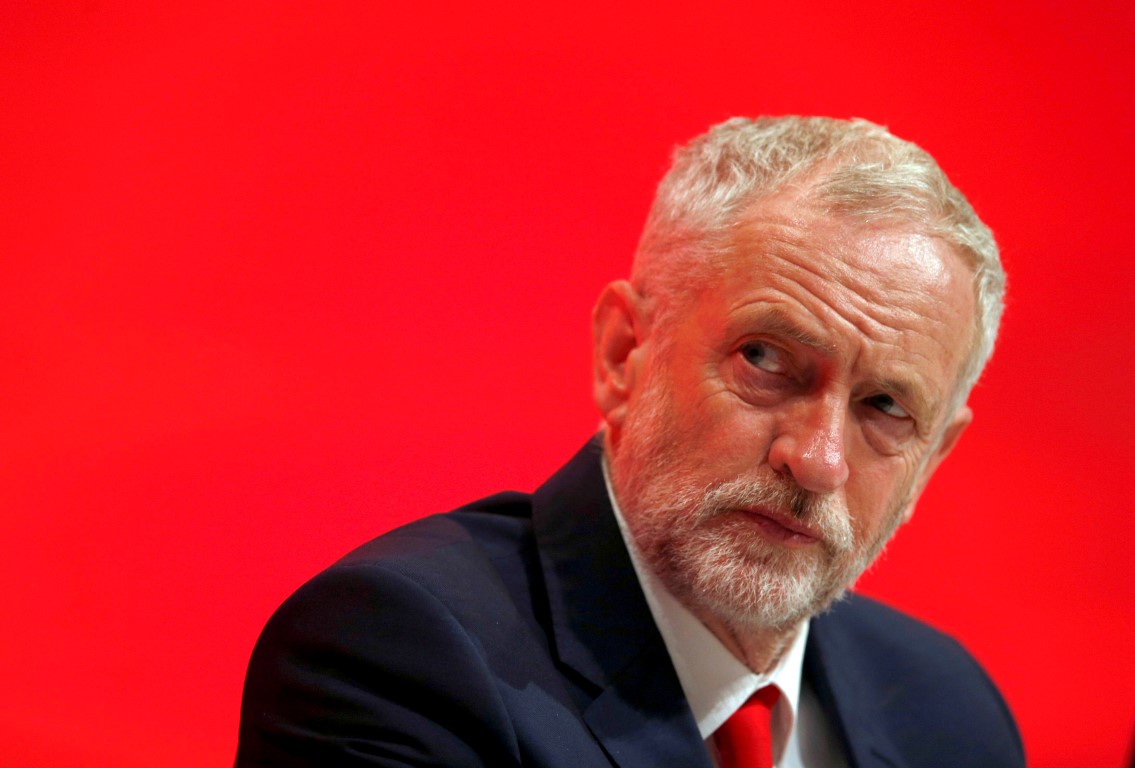 Opposition Labour Party leader Jeremy Corbyn. Photo: Reuters
The bill seeking to block a no-deal exit, passed into law on Monday when it received assent from Queen Elizabeth, will force Johnson to seek a three-month extension to the Oct. 31 deadline unless parliament has either approved a deal or consented by Oct. 19 to leave without one.

Responding to concerns the government could ignore the legislation, Foreign Minister Dominic Raab earlier told parliament that the government would respect the rule of law but added, "Sometimes it can be more complex because there are conflicting laws or competing legal advice."

Johnson took over as prime minister in July after his predecessor Theresa May failed to push the Withdrawal Agreement through parliament.

Parliament returned from its summer break last week, and Johnson has lost all six votes held in the House of Commons since.

Under Johnson's premiership, Britain's three-year Brexit crisis has stepped up a gear, leaving financial markets and businesses bewildered by an array of political decisions that diplomats compare to the style of US President Donald Trump.

BlackRock, a US investment firm that manages $6.8 trillion of assets, said a no-deal Brexit or a referendum had become more plausible.

The pound trimmed gains against the dollar, to stand slightly higher on Monday at $1.234. It jumped to a six-week high of $1.2385 in London trading after economic data beat forecasts.

House of Commons Speaker John Bercow, champion of parliament in its move to rein in the prime minister over Brexit, took a veiled swipe at Johnson as he announced on Monday he would stand down from the role, issuing a warning to the government not to "degrade" parliament.

Johnson, a former journalist who derided the EU and later became the face of the 2016 Vote Leave campaign, has repeatedly promised to deliver Brexit on Oct. 31.

Ireland told Johnson on Monday that he must make specific proposals on the future of the Irish border if there was to be any hope of averting a no-deal departure, saying Dublin could not rely on simple promises.

"In the absence of agreed alternative arrangements, no backstop is no deal for us," Irish Prime Minister Leo Varadkar, standing beside Johnson, told reporters.

"We are open to alternatives, but they must be realistic ones, legally binding and workable, and we haven't received such proposals to date."

Varadkar's blunt remarks indicate the difficulty of Johnson's gamble of using the threat of a no-deal exit to convince Germany and France that they must rewrite an exit pact struck last November.

"I want to find a deal, I want to get a deal," Johnson said in Dublin, adding that there was plenty of time to find one before the October EU summit.

The law that took effect on Monday does allow for one scenario in which a no-deal Brexit could take place on Oct. 31 - if parliament approved a no-deal exit by Oct. 19.

However the current parliament would be unlikely to switch stance and approve a no-deal exit by then.

Lawmakers voted 311 to 302 on Monday to demand the government publish documents over its planning for a no-deal Brexit and private communications from government officials involved in a decision to suspend parliament.

Those calling for the documents to be published say they will show the decision to suspend parliament was politically motivated, as a way to limit discussion on Brexit. The government said the suspension was to give Johnson the chance to set out a new legislative agenda.