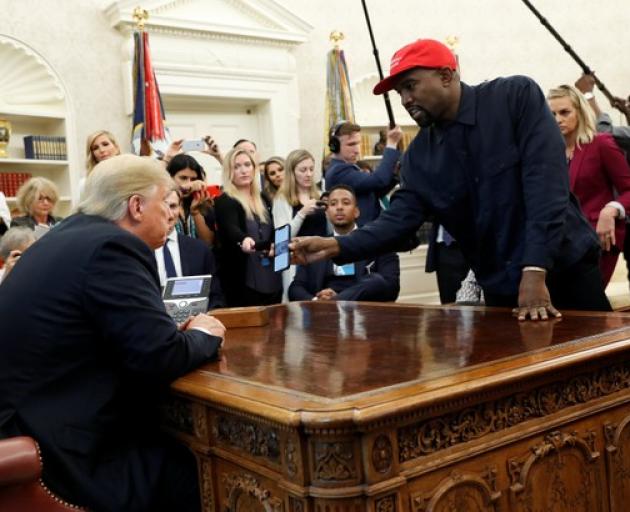 Rapper Kanye West, with a stream of consciousness speech in the Oval Office and a burst of profanity, defended his support for President Donald Trump on Thursday (local time), to the great delight of Trump himself.

The event was billed as a lunch at the White House to discuss prison reform, jobs for African-Americans and Chicago violence. Those items were addressed in a pre-lunch meeting, but Kanye launched into a speech and Trump let him go on as the cameras recorded it all.

But in between, Kanye spoke of alternative universes, a new plane that Trump should consider as his next Air Force One, his diagnosis of bipolar disorder that he said was actually sleep deprivation, and living in a household dominated by females given his marriage to reality TV star Kim Kardashian West.

Kanye later said his 10-minute speech was "from the soul, I just channelled it." Trump lapped it all up.

"That was quite something," said Trump, who was joined in the Oval Office by Hall of Fame NFL running back Jim Brown, who smiled and sat quietly through most of event. 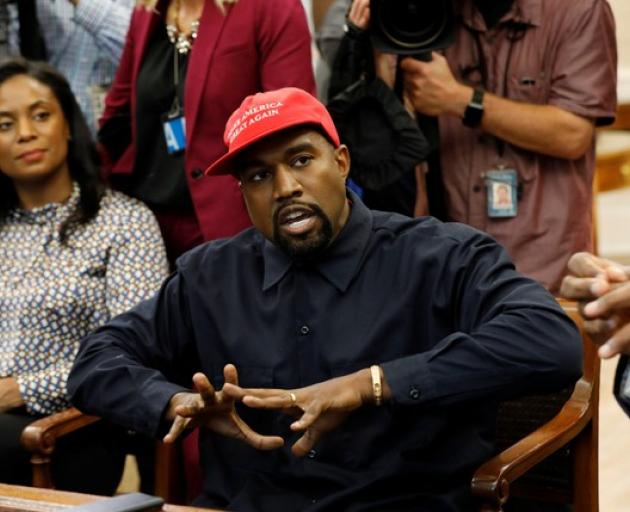 Kanye spoke of several things with the President including alternative universes, a new plane that Trump should consider as his next Air Force One. Photo: Reuters

Kanye came to the White House clearly with a lot on his mind, chiefly his support for the president.

"I had the balls to put on this hat," the 41-year-old artist said in defending the red "Make America Great Again" hat that he wore for his meeting.

It was the first of several off-color remarks Kanye would drop in the Oval Office, including this line: "He might not have expected to have a crazy motherfucker like Kanye West run up and support."

The award-winning musician has taken fire from other celebrities for his support for Trump, particularly after his recent appearance on NBC's "Saturday Night Live" show.

Kanye also said he would like Trump to ditch talk about persuading police in Chicago to institute "stop and frisk" policies to crack down on crime and violence.

"I didn't mean to put you on the (spot), bro," Kanye told Trump, who said "I'm open to everything" about the subject.

Before they adjourned for a roasted chicken lunch, Kanye stood up, walked over to Trump and gave him a bear hug.

White House spokesman Hogan Gidley said Trump and his guests would discuss potential future clemencies for convicts along with "addressing the massive violent crime surge in Chicago" and efforts to create jobs for African-Americans.

Kanye's visit follows by several months a similar trip to the White House Kim Kardashian West, who met with Trump on May 30 and persuaded him to grant clemency to Alice Johnson, who was serving a life sentence for a nonviolent drug charge in Tennessee.