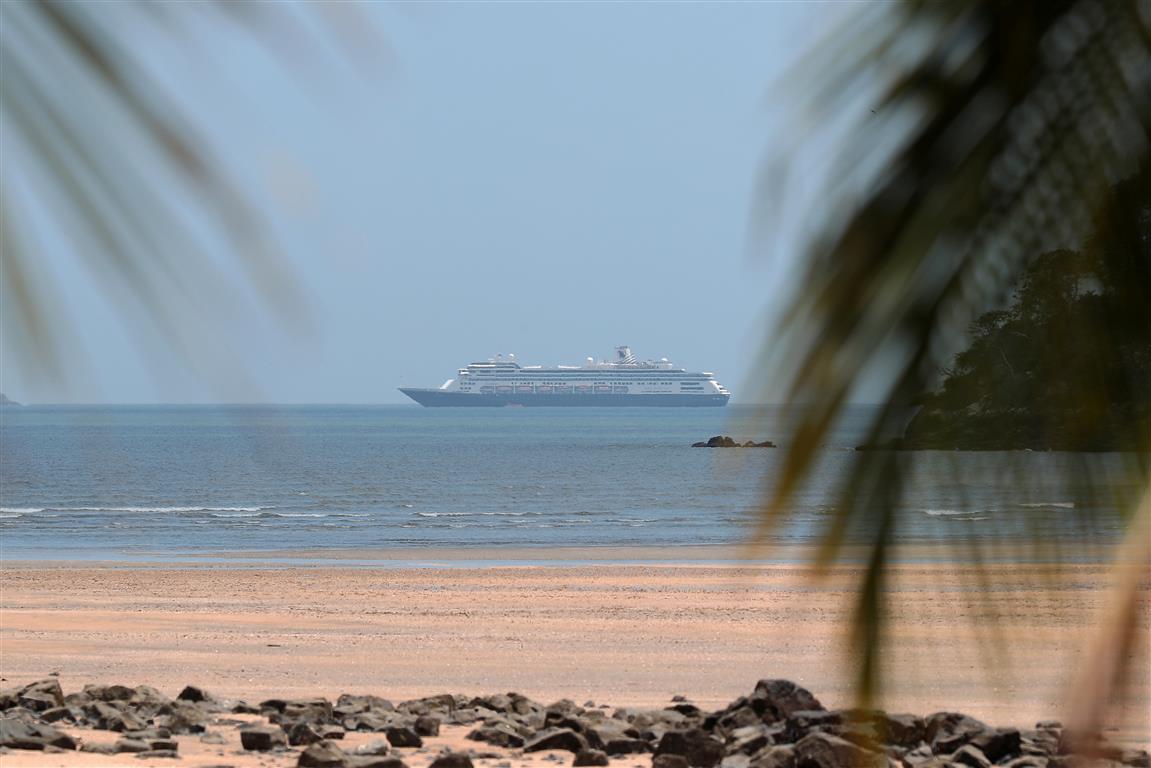 MS Zaandam is in waters off the Panamanian coast. Photo: Reuters
Hundreds of passengers on a cruise ship, on which four people have died and over 130 others have influenza-like symptoms, including at least two with the coronavirus, will be transferred to a sister ship, Panamanian authorities say.

"The ship which could not dock at any port in South America will remain in Panamanian waters 8 nautical miles from the coast, since it did not receive approval from Panamanian health authorities to cross the (Panama) Canal," Panama's maritime authority said.

It said 401 asymptomatic passengers will be transferred from cruise operator Holland America Line's 238m MS Zaandam vessel to the Rotterdam, a sister ship.

There are 1,243 guests and 586 crew on board the Zaandam, as well as four doctors and four nurses, the cruise operator has said.

Holland America, which is owned by Carnival Corp, said on Friday the Zaandam, previously on a South American cruise, was trying to transit the Panama Canal and make its way to Fort Lauderdale, Florida. But Panama's government denied it access to the canal for sanitary reasons, leaving passengers and crew wondering when they would get home.

"Panamanian authorities have not officially confirmed whether the cruise will be quarantined after it was confirmed that two passengers tested positive for coronavirus, and the cause of death of four older adults is being investigated," the maritime authority added.

About 70 healthy passengers on the Zaandam have already been boarded on to tenders pulled up on the port side of the ship for transfer to the Rotterdam, according to a passenger.

"I understand that about 70 'healthy' passengers have transferred so far ... People transferring to tender as we speak. I have a full view," said Ian Rae, a London-based Scotsman on the Zaandam with his wife.

Rae said guests who are exhibiting symptoms are being asked to remain on the Zaandam, which has passengers from a host of nations including Britain, the United States, Canada, Australia, Germany, Italy, France, Spain and New Zealand.

"It would seem that the transfer is based on a temperature test and answering no to four questions," including whether passengers have suffered from cough, fatigue or fever in the past 10 days, Rae said.

He and his wife passed the temperature test but answered that they, like many fellow passengers, have suffered from a cough.

"As a result we shall not be transferring to Rotterdam."