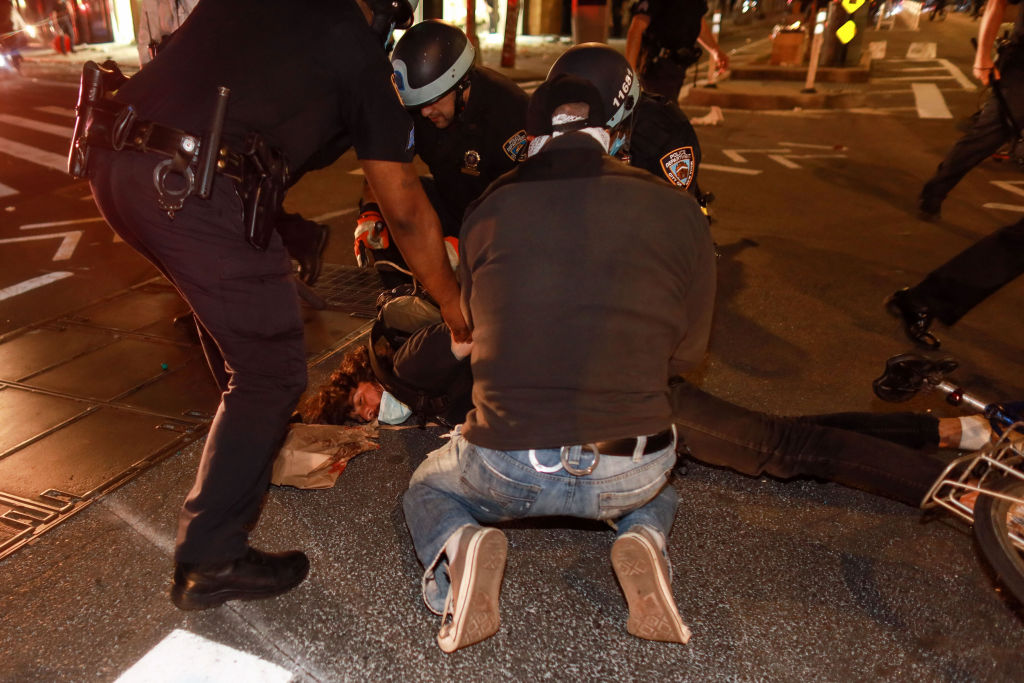 Police officers handcuff a protester after a curfew deadline during a rally in Manhattan demanding justice for George Floyd. Photo: Getty
President US President Donald Trump says US troops should take to the streets of New York City, while elsewhere five officers were shot and wounded, as police clashed with crowds nationwide protesting the killing of an unarmed black man.

Demonstrators smashed windows and looted stores late on Monday (local time) in New York City, including luxury retailers on Fifth Avenue, and set fire to a Los Angeles strip mall. Four officers were shot and wounded in St. Louis and one in Las Vegas who was critically wounded, authorities said.

Trump has threatened to use the military to battle the violence that has erupted often at night after a day of peaceful protests joined by a cross-section of Americans. He has derided local authorities, including state governors, for their response to the disturbances.

NYC, CALL UP THE NATIONAL GUARD. The lowlifes and losers are ripping you apart. Act fast! Don’t make the same horrible and deadly mistake you made with the Nursing Homes!!!

"NYC, CALL UP THE NATIONAL GUARD. The lowlifes and losers are ripping you apart. Act fast!" Trump tweeted on Tuesday.

New York Governor Andrew Cuomo voiced outrage at the chaos in America's largest city, saying its mayor and police force "did not do their job last night." He said he believed Mayor Bill de Blasio underestimated the scope of the problem.

The governor said he had offered the state's mayors support from state police or 13,000 National Guard who are on standby and said that with a 38,000-strong police force, New York City should be able to address its unrest on its own. 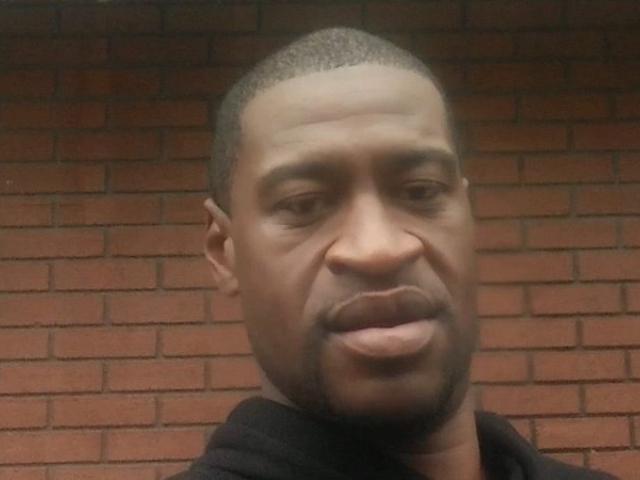 George Floyd died after a police officer pinned his neck to the ground with a knee.
He added that Trump sought to blur the line between protesters with a legitimate cause and looters. Authorities blame the looting and vandalism on a relatively small number of people protesting against police brutality.

De Blasio poured cold water on the idea of deploying the National Guard in his city.

Demonstrators took to the streets after the death of George Floyd, a 46-year-old African American who died after a white policeman pinned his neck under a knee for nearly nine minutes in Minneapolis on May 25.

Derek Chauvin, the 44-year-old Minneapolis police officer who planted his knee on Floyd's neck, has been charged with third-degree murder and second-degree manslaughter. Three other officers involved have not been charged.

Floyd's death has reignited the explosive issue of excessive police force, especially against African Americans, and raised tensions on the front lines where officers have faced off against sometimes hostile crowds.

In St. Louis, Missouri, four officers were recovering after being shot overnight amid clashes between police and crowds throwing rocks and other projectiles. St. Louis Police Chief John Hayden said the shots apparently came from a rooftop.

A police officer was shot during protests in Las Vegas, police there said in a statement. Officers were injured in clashes elsewhere, including one who was in critical condition after being hit by a car in the Bronx, police said.

Some police have been accused of heavy-handed tactics.

In Atlanta, six officers will face charges for an incident in which two college students were removed from their car and tased, Fulton County District Attorney Paul Howard told a briefing. Two of the six officers were terminated on Sunday. 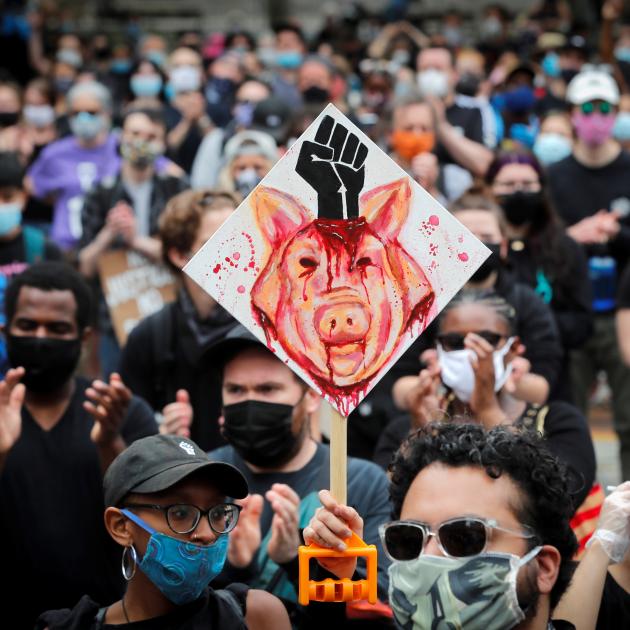 Protesters in Manhattan rally against the death of George Floyd. Photo: Reuters
A police officer in Sarasota, Florida, was placed on leave on Tuesday after video surfaced showing the officer kneeling on a man's back and neck during an arrest in May.

The protests have escalated racial tensions in a country hit hard by the coronavirus pandemic, with African Americans making up a disproportionately high number of cases and being hard hit by job losses from lockdowns to stop the spread of the virus.

Trump has condemned the killing of Floyd and promised justice, but he has vowed to take action to stop rightful protests from being hijacked by an "angry mob," deploying thousands of armed soldiers and law enforcement in the US capital and vowing to do the same elsewhere if mayors and governors fail to regain control.

"There will be even greater law enforcement resources and support in the region tonight," US Attorney General Bill Barr said in a statement on Tuesday without further details.

Critics accuse Trump, who is seeking re-election in a Nov. 3 election, of further stoking conflict and racial tension rather than seeking to bring the country together and address the underlying issues.

"President Trump is right to be focused on law and order. He wasn't hired to be the consoler-in-chief," said Jason Miller, who advised the Republican Trump's 2016 presidential campaign.

The president sparked outrage from religious leaders, top Democrats in Congress and others when he visited a church across from the White House and posed holding a Bible on Monday after law enforcement officers clear protesters. Trump toured a Catholic shrine in Washington, D.C., on Tuesday.

Democratic presidential candidate Joe Biden pledged in a speech on Tuesday to try to heal the racial divide in America and blasted Trump's response to the protests.

Dozens of cities are under curfews not seen since riots after the 1968 assassination of Martin Luther King Jr. The head of the US National Guard, General Joseph Lengyel, said on Tuesday that 18,000 Guard members were assisting local law enforcement in 29 states.