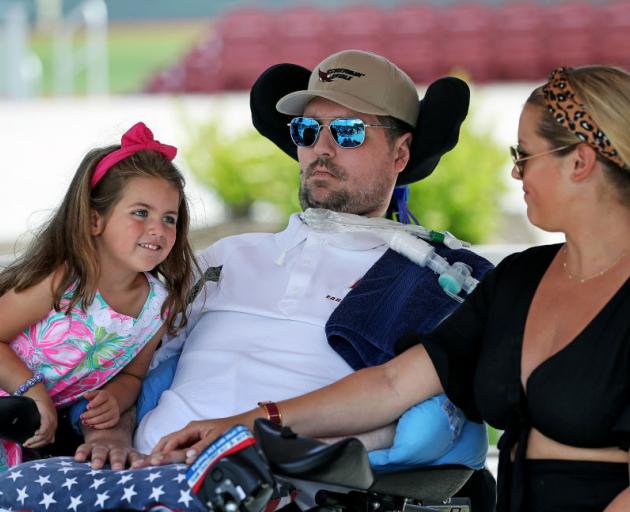 The former Boston College baseball captain, who was named head of the school's baseball operations the year he became ill, died at his home in the Boston suburb of Beverly on Monday, surrounded by loved ones. He was 34.

An all-around athlete who played football, hockey and baseball in high school before attending Boston College, Frates was diagnosed with amyotrophic lateral sclerosis, also known as Lou Gehrig's disease, in 2012 at the age of 27.

"Pete was an inspiration to so many people around the world who drew strength from his courage and resiliency," the Frates family said in a statement.

The Ice Bucket Challenge went viral on social media in the summer of 2014, when people around the world posted videos and photos of themselves dumping buckets of ice water on their heads and challenging others to do the same while urging donations for ALS research.

The campaign raised more than $US220 million ($NZ336 million), the ALS Association reported. In 2017, the Food and Drug Administration announced it approved a drug that slows the effects of ALS, a progressive, fatal disease that impairs nerve cells in the brain and spinal cord, causing loss of muscle control.

An estimated 5 to 10% of cases are believed to be hereditary, but the cause is unknown and there is no cure. Reports suggest that 12,000 to 15,000 Americans have ALS, according to the US Centers for Disease Control and Prevention.

It was part of his long-time ALS advocacy, which he said inspired him to not just survive but thrive after being diagnosed.

"(It) gives me another reason to get out of bed every day," Frates told the Boston College newspaper, The Heights. "Being part of something bigger than yourself is one of the best things you can do."

Frates, who married a year after his diagnosis and had a daughter in August 2014, received numerous plaudits for his dedication to ALS awareness and research, including a nomination with fellow ALS activist Pat Quinn as "Person of the Year" by Time magazine.