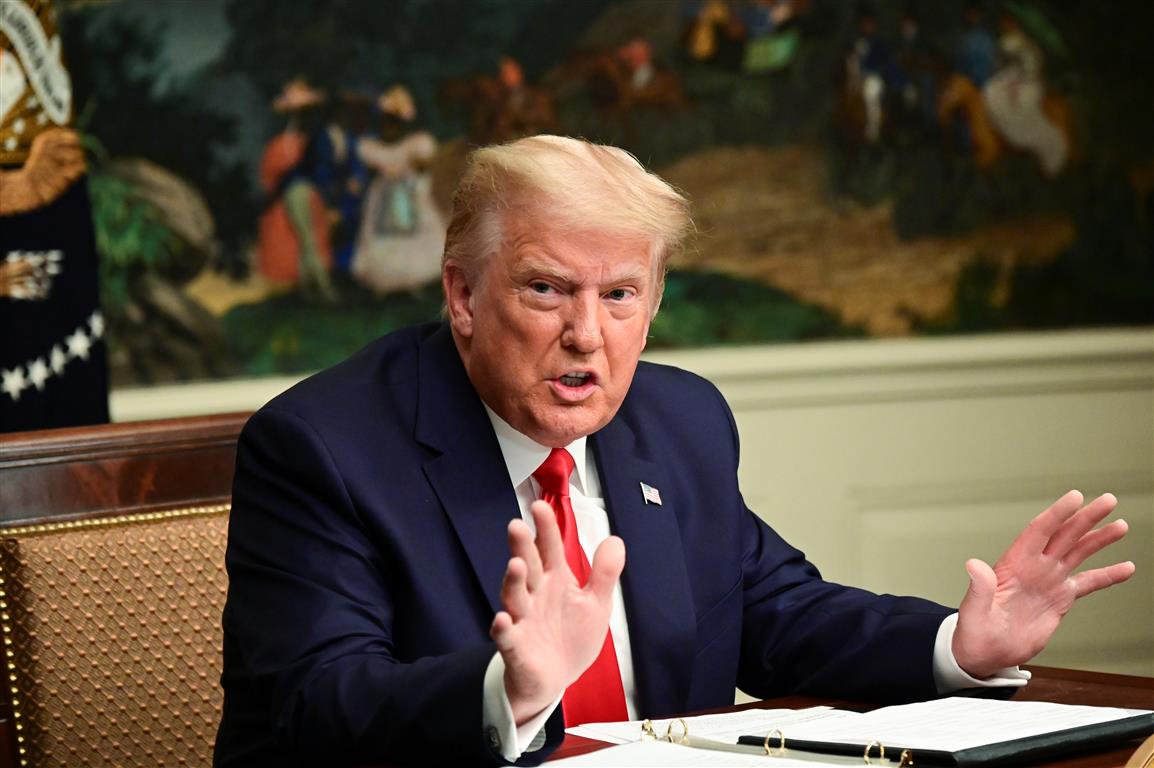 Donald Trump. Photo: Reuters
A second Republican US senator called for President Donald Trump to resign on Sunday, saying he could face criminal liability after the deadly storming of the US Capitol by his supporters.

The remarks by Senator Pat Toomey, a conservative supporter of Trump until recently, came as Democrats in the US House of Representatives prepared to move forward with impeachment proceedings and amid federal investigations of Wednesday's assault on the seat of government.

Republican Trump, who has falsely contested the validity of Democrat Joe Biden's Nov. 3 presidential victory, praised and egged on his supporters before they laid siege to the Capitol, where lawmakers were certifying the Electoral College vote for Biden.

"I think the best way for our country is for the president to resign and go away as soon as possible," Toomey said on NBC's "Meet the Press," calling Trump's behavior since the election "outrageous."

Toomey, appearing on Sunday television news shows, said he did not think there was time for impeachment with only 10 days left in Trump's term, and noted there did not appear to be consensus to use the Constitution's 25th Amendment to strip Trump of his powers.

He told CNN he believed Trump could be held criminally liable in the events at the Capitol.

Lisa Murkowski on Friday became the first Republican US senator to say Trump should resign immediately, and Republican Ben Sasse said he would "definitely consider" impeachment.

It was unclear whether a significant number of other Republicans would follow suit. Republican leaders have urged the Democratic-led House not to initiate impeachment proceedings for a historic second time against Trump.

A few Republicans have joined Democrats' call for Vice President Mike Pence to exercise the 25th Amendment to remove Trump. Pence has opposed the idea, an adviser said. 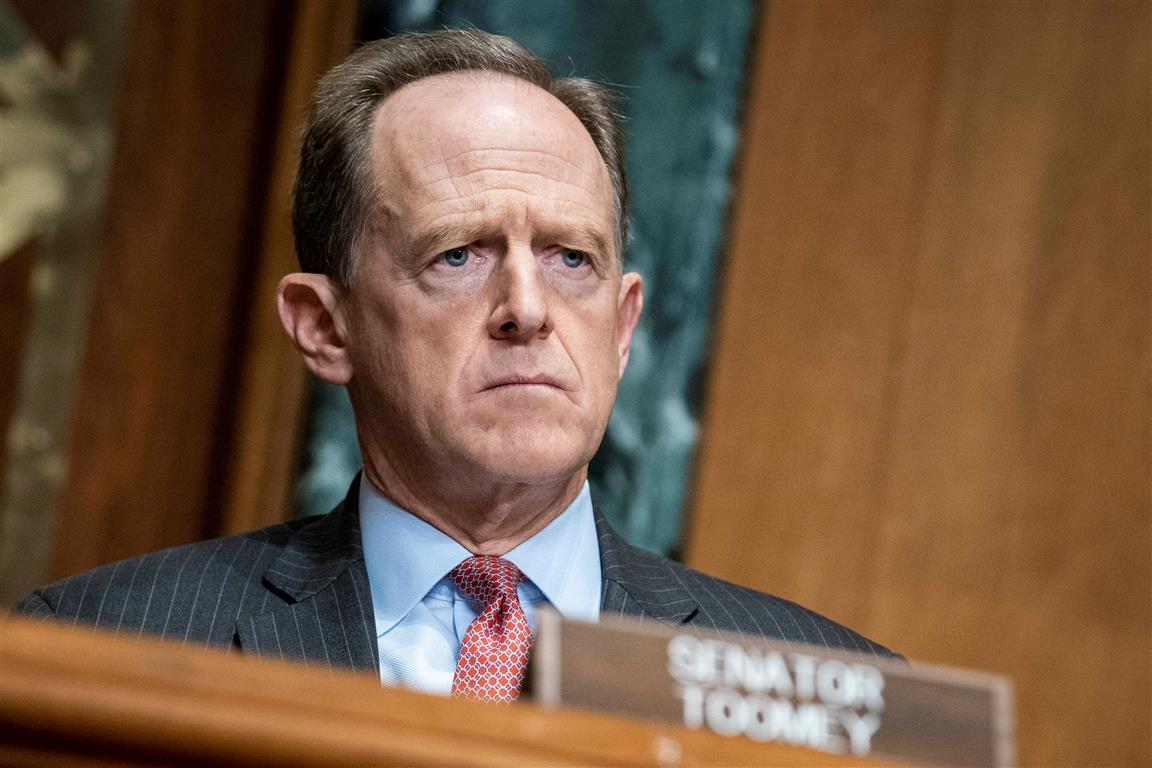 Senator Pat Toomey. Photo: Reuters
Senator Roy Blunt, a member of the Republican leadership, told CBS' "Face the Nation" he did not think Trump should resign but that he should be "very careful over the next 10 days."

The White House said Trump planned to leave Washington to visit the border wall in Alamo, Texas, on Tuesday, a day after Democrats in the House of Representatives plan to introduce an article of impeachment accusing him of inciting insurrection.

US Representative Ted Lieu said there are now 200 co-sponsors for the impeachment legislation he will introduce on Monday.

House Speaker Nancy Pelosi has made it clear impeachment was not Democrats' first choice, but she embraced the move if he is not removed by other means.

The House could take up impeachment on Tuesday or Wednesday, House Majority Whip James Clyburn told CNN's "State of the Union."

Clyburn suggested they might not want to send the impeachment article to the Senate for a trial until after Biden's first 100 days in office, giving Congress time to approve Biden's Cabinet nominees and other agenda items.

Biden has not taken a position on Trump's impeachment, saying he will leave it to Congress. He did say Congress needs to be able to hit the ground running once he is sworn into office on Jan. 20, when he will focus on dealing with the raging coronavirus pandemic and economic recovery.

Democrats will take control of the Senate following victories in two Georgia runoff elections on Jan. 5 that will leave incoming Vice President Kamala Harris in place to make tie-breaking votes.

The Republican-controlled Senate cleared Trump during his first impeachment trial over allegations he threatened US national security.

Five people including a Capitol Police officer died as a result of Wednesday's rioting and dozens of people have been charged following the storming of the Capitol.

Authorities are investigating the security lapse, with some lawmakers questioning whether rioters had help from inside the building after images emerged of some police officers opening barricades and posing for selfies with the rioters.

The ripple effects of Wednesday's violence continued on Sunday. The attending physician for Congress warned lawmakers in a letter they may have been exposed to COVID-19 while in lockdown during the riots.

Toomey, a conservative who plans to retire at the end of his term in 2022, said he believed that Trump after the election had descended into an unthinkable level of "madness."

"I don't think he's a viable candidate for office ever again because of the outrageous behavior in the post-election period," Toomey told NBC.

If found guilty after leaving office, Trump would lose benefits enjoyed by former presidents, such as security and pension, and the Senate could vote to bar him from running for a second term.

Pelosi told CBS' "60 Minutes" that was one of the motivations people have for advocating impeachment.

Chris Krebs, a senior US cybersecurity official fired by Trump after declaring the 2020 presidential election the most secure in American history, said Trump's legacy was a "heap of ashes" after he tried to overturn a fair election.

"There is an opportunity, though, for a redemption story," Krebs told CBS. "He can resign."