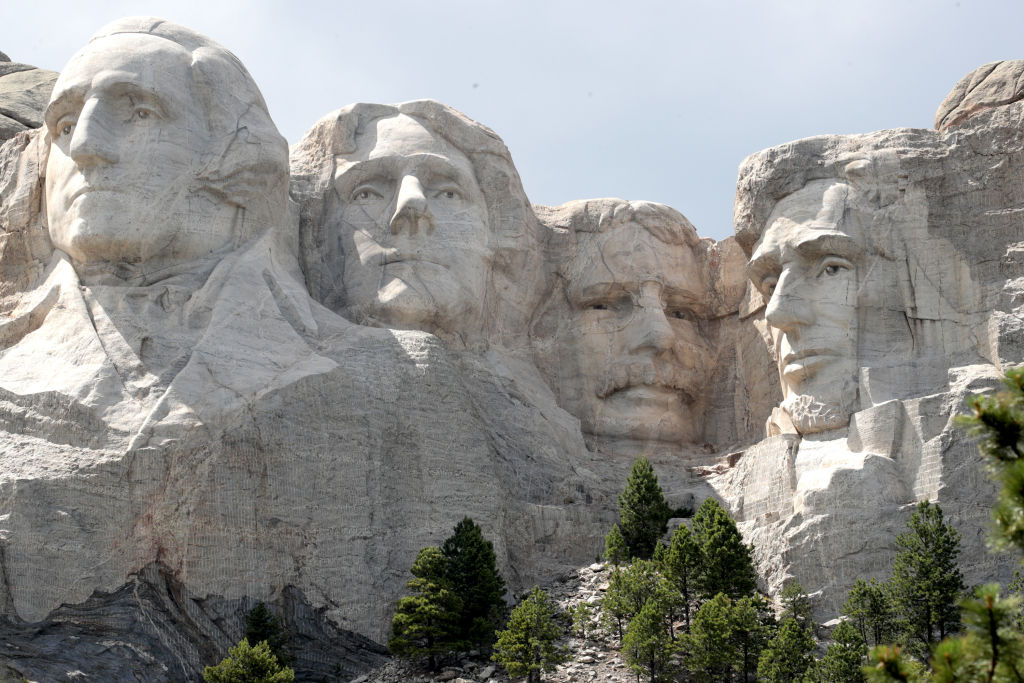 Trump’s face was added to it.

According to CNN, though, the President wants more.

It reported that a White House aide reached out to Noem last year to inquire about possibly adding Trump’s face to the landmark.

It’s not possible, according to Business Insider, because there’s no stable surface left for carving a fifth face.

But, according to the reports, it’s a dream of Trump’s and it’s something he has brought up more than once. In fact, Noem told South Dakota’s Argus Leader, he mentioned it during their first meeting in the Oval Office.

“I shook his hand, and I said, ‘Mr. President, you should come to South Dakota sometime. We have Mount Rushmore.’ And he goes, ‘Do you know it’s my dream to have my face on Mount Rushmore?’”

“He wasn’t laughing,” she said. “So, he was totally serious.”

Good for him. Everyone should have ambitions.
Aim high and you might reach your target or you might fall short, but at least you had a goal.
Don't aim at all and you've wasted your shot.
Things must be looking up for him, if this is all CNN can dream up today.
Maybe the NY Times can do better ? No. Just checked. Same old, same old.

An arbiter of news values, such as yourself, can tell people what's hot and what's not.

Looks like anything vaguely critical of Trump, is Not.

Verily we are witness to another glorious trolling deep within the hall of the mountain kings. If anything the endless bias will bring about a large gold statue bigger than the Greek Colossus.