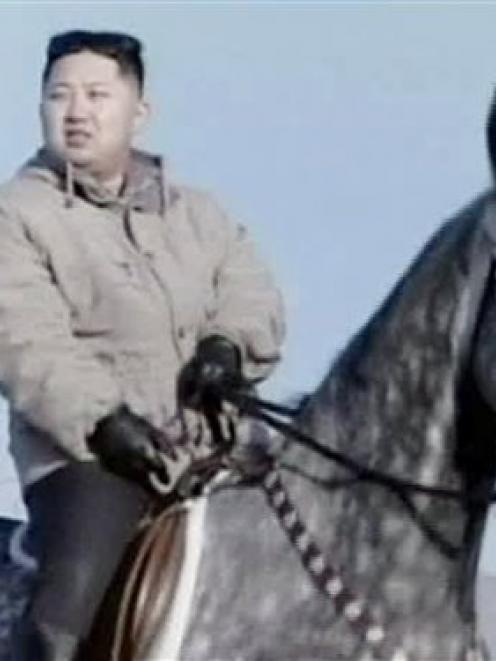 The amnesty, to be issued beginning on February 1, is to commemorate what would have been Kim Jong Il's 70th birthday in February and the 100th anniversary in April of the birth of his father, North Korea founder Kim Il Sung.

The North's Korean Central News Agency did not say what sorts of crimes would be pardoned or how many inmates would be freed.

The pardons will be the first such dispensations in more than six years.

The measure appears aimed at winning public confidence for Kim Jong Un as the country struggles to revive its troubled economy, said Kim Kwang-in, a researcher at the Seoul-based North Korea Strategy Center.

A UN envoy on human rights in North Korea said last year that the country is estimated to hold up to 200,000 people in political prison camps. The North has denied the existence of gulags.

North Korea occasionally marks significant holidays by granting amnesties, and Pyongyang has promoted this year's Kim Il Sung centenary as a significant milestone in the country's history. North Korea last conducted such a special pardon in August 2005 to mark the 60th anniversary of Korea's liberation from Japanese colonial rule, according to South Korea's Unification Ministry.

Neither Kim Jong Un nor senior ruling party officials were seen at the rally.

"We will build a 10,000-fold bulwark for protecting the supreme commander and become rifles and bombs to serve as Kim Jong Un first-line lifeguards and Kim Jong Un first-line death-defying corps," Ri Yong Ho, chief of the military's general staff, said, his voice resonating across the plaza as thousands of troops stood in neat columns.

A large signboard standing from the troops read, "Let's unite, unite and unite around dear comrade Kim Jong Un," the footage showed. In a well-choreographed joint pledge of allegiance, nine troops from army, air force and navy stood in a row and vowed "merciless retaliation" should their enemies attack.

North Korea has staged a series of rallies nationwide vowing to unite around Kim Jong Un and uphold his father's "military-first policy." During a massive public memorial for the elder Kim on December 29, North Korea declared Kim Jong Un "supreme leader" of the ruling Workers' Party, the military and the country.

For the second time since Sunday, state television replayed a documentary focused on Kim Jong Un's military experience that shows him in the cockpit of a tank, galloping by on horseback and poring over documents at night.

North Korea is seeking to extend the Kim dynasty into a third generation as North Korea grapples with chronic food shortages and remains locked in a long-running standoff over its nuclear programme.

Pyongyang and Washington recently met for talks on food aid and how to restart nuclear disarmament talks, but those discussions were suspended after Kim Jong Il's death.

The Korean peninsula remains in a state of war because the 1950-53 Korean War ended with an armistice, not a peace treaty. About 28,500 US troops are stationed in South Korea to deter potential North Korean aggression.