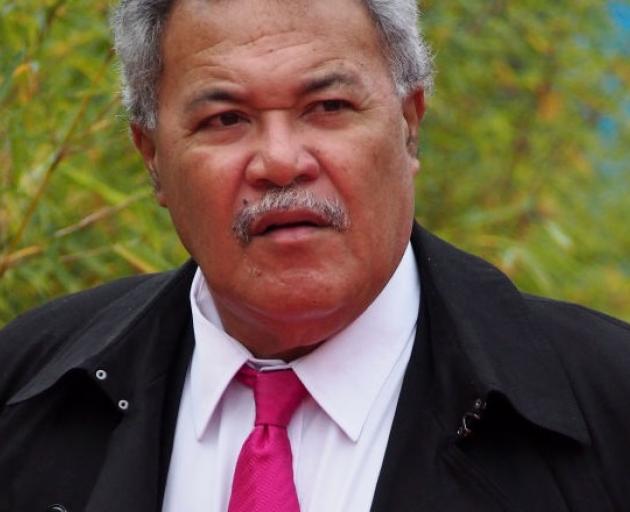 Tuvalu Prime Minister Enele Sopoaga. Photo: Getty Images
Pacific Islands leaders have failed to agree on tough new climate change commitments at an annual summit, agreeing instead to endorse a plan that allows them to opt out of specific measures they opposed.

Some leaders at the Pacific Islands Forum had hoped all 18 members would commit to policies that limit temperature rises to no more than 1.5 degrees Celsius (2.7 degrees Farenheit) above pre-industrial levels, and agree to an immediate halt to coal mining.

After 12 hours of talks in Tuvalu, the leaders failed to secure the consensus required under Forum rules to become regional policy.

They instead endorsed the tough new proposals but with a qualification that allows each member to ignore elements they opposed.

"We should have done more work for our people ... we have to live with that."

The low-lying Pacific islands are on the frontline of global climate change, battling rising sea levels and related crises that have forced some residents to move to higher ground.

Sopoaga said Australia was against adopting the tough new standards, which has stoked tensions with its Pacific neighbours in recent days.

New Zealand Prime Minister Jacinda Ardern on Wednesday warned Australia it would have to answer to the Pacific for its climate change policy.

Australia has argued stronger environmental action would cripple its economy, which is heavily reliant on coal mining.

Australia signed the Paris Agreement in 2016 that commits signatories to policies that limit temperature increases to no more than 2degC.

Prime Minister Scott Morrison, who has said Australia will meet its climate change commitments, on Thursday defended the agreement reached at the meeting.

"I'm accountable to the Australian people and Australia comes here with a very strong record," he told reporters.

Morrison is a firm supporter of the coal industry, and his strong backing of a large coal mine planned for the state of Queensland by was seen as a key factor in his government's surprise re-election at polls in May.

Seeking to improve its credentials, Australia this week offered $A500 million ($NZ526 million) to help the Pacific region invest in renewables and prepare for climate change, though some of the region's leaders said that was not enough.

Australia has historically enjoyed virtually unchecked influence in the Pacific, but its sway in the region has been challenged in recent years by China.

"It isn't helping Australia's efforts in the Pacific. This is the nature of consensus and compromise. That message gets hard when compromise essentially means the loss of livelihoods for some members," said Jonathan Pryke, director of the Pacific Islands program at the Lowy Institute, a Sydney think tank.

China has channelled large amounts of economic aid to the region, which the West says has left several islands heavily indebted to Beijing and susceptible to China's ambitions.

But China has won favour with the region with calls for stronger action to tackle the impacts of climate change.