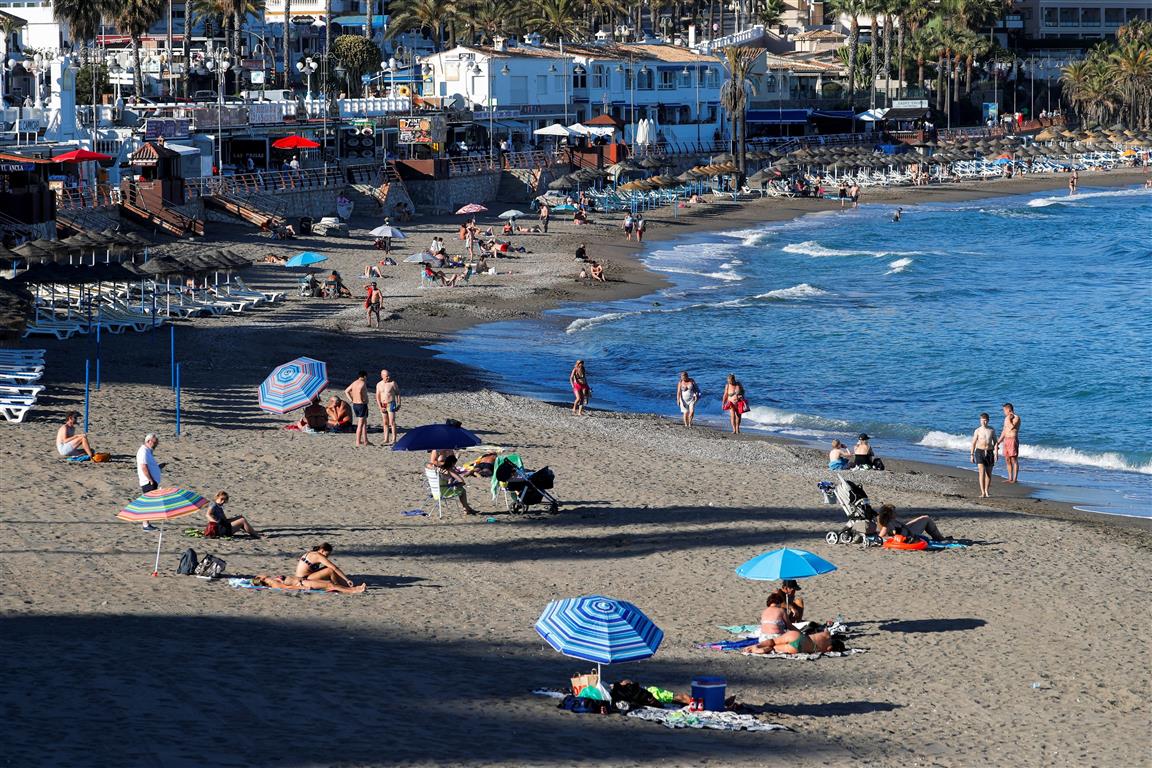 People cool on a beach in Benalmadena, southern Spain, earlier this month. Photo: Reuters
Britain is working on easing travel restrictions for the fully vaccinated to allow people to enjoy a summer holiday on Europe's beaches but the plans are not finalised yet, Health Secretary Matt Hancock says.

Currently, British citizens are essentially prevented from travelling to most countries - including those in the European Union - as the quarantine and testing rules are so cumbersome and expensive.

The travel industry has demanded that Britain removes its Covid testing and isolation requirements for fully vaccinated travellers, similar to a scheme to the European Union.

Hancock told Sky News the government did want to let people have a family holiday, but only when it was safe to do so.

"We're working on plans to essentially allow the vaccine to bring back some of the freedoms that have had to be restricted to keep people safe," Hancock told Sky News.

Asked if vaccinated people would get freedoms back by August and so enjoy a foreign holiday this year, Hancock said the government wanted to ensure safety but that he understood people wanted their freedoms back.

"When I'm in a position to be able to say something more concrete, then we will do, but it is absolutely something we're working on, it's something I want to see," he added.

Britain has the seventh highest death toll from Covid-19 globally of nearly 128,000 deaths but has one of the fastest vaccine rollouts in the world, giving 80% of adults a first Covid-19 vaccine dose and nearly 60% a second shot.