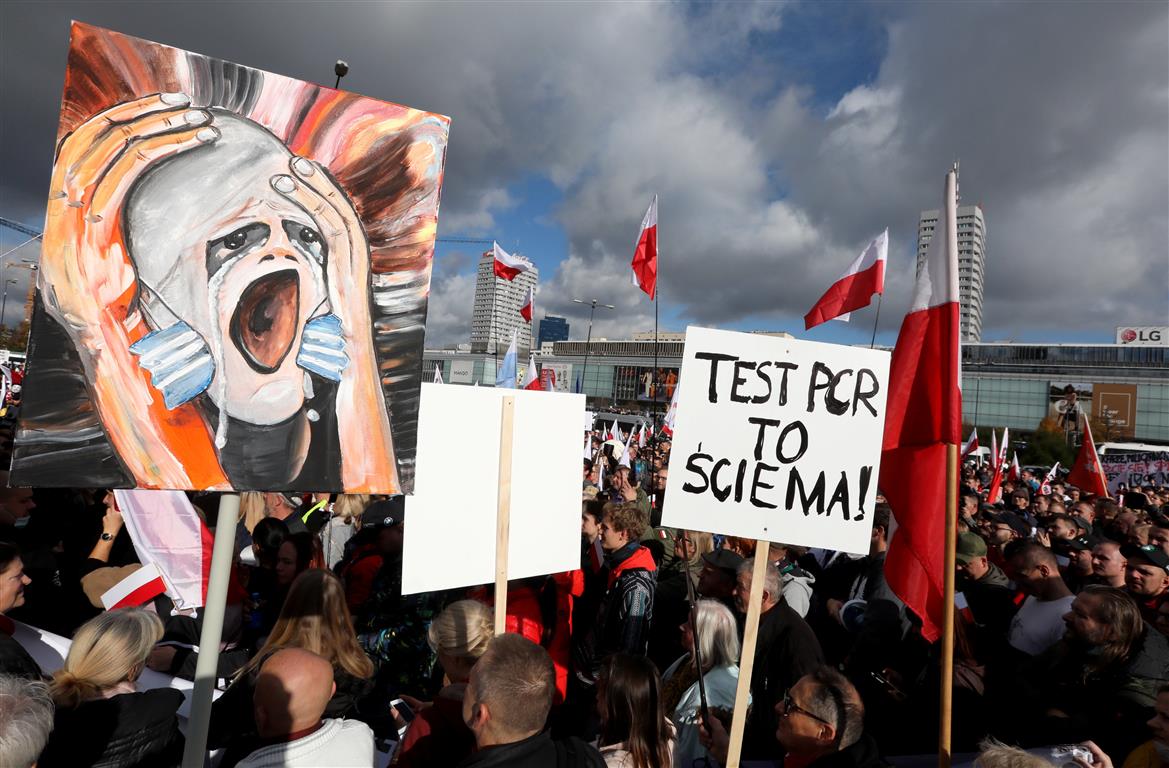 Demonstrators in Warsaw protest against restrictions announced by the government to prevent the spread of coronavirus. Photo: Reuters
Police in Poland have used tear gas on protesters rallying against coronavirus restrictions, amid news that the country's president has tested positive for the disease.

President Andrzej Duda's infection was announced on Saturday morning (local time) and he said in televised remarks later he was feeling fine.

"I do not suffer from any symptoms, especially lack of taste or smell, I feel good. I remain in isolation along with my wife and will be working remotely," said the 48-year-old president.

Poland is seeing a sharp rise in Covid-19 cases, with new infections hitting a daily record of 13,632 on Friday. New restrictions went into force on Saturday.

Protesters gathered without face masks, saying curbs are not needed and holding up banners saying "Let us work, and let us decide on our own".

"Of course there is a virus but what they are doing is wrong," Olga, a woman in her 30s, told Reuters.

Police responded with force, including tear gas, on several occasions. Protests are banned in light of the pandemic, Warsaw police spokesman Sylwester Marczak said, adding some in the crowd were aggressive at times.

"Some people behaved aggressively against policemen, throwing bottles and other items ... this is why physical force or - in some cases - (tear) gas - were needed," he said.

Duda said that he had not known he had the virus before his positive test.

"Believe me - I had no symptoms. If I had knew I had coronavirus all meetings would have been cancelled," the president said, referring among others to a Friday visit to a stadium in Warsaw where the government is setting up a field hospital.

Duda holds a mainly ceremonial role, but has the power to veto legislation. He is an ally of the ruling nationalist Law and Justice (PiS) party. 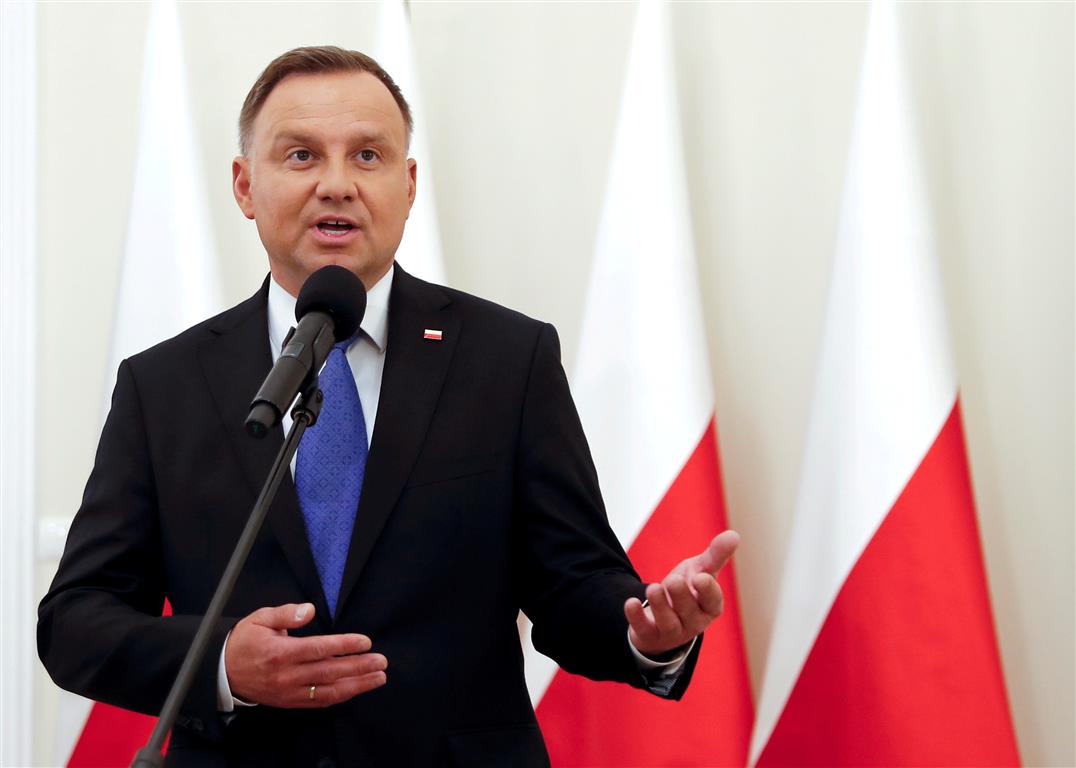 Polish President Andrzej Duda. Photo: Reuters
One of the people Duda met on Friday was tennis star Iga Swiatek - who said she feels good, but will quarantine, along with number of others the president met in recent days.

Swiatek, who became a national hero when she won the French Open earlier this month, met with Duda to be awarded the Gold Cross of Merit for her sporting achievements.

"Neither I nor members of my team have symptoms of coronavirus. We carry out tests regularly. We will quarantine ourselves in accordance with current procedures," the 19-year-old said in a Twitter post.

The curbs imposed on Saturday include a two-week shutdown of restaurants and bars. Schools will remain open for children up to third grade, with older students moving to distance learning.

The government sent text messages on Saturday morning to Poles, urging them to stay home and help elderly people. However at one supermarket in central Warsaw, large numbers of elderly people were shopping freely.

Gatherings of more than five people were banned from Friday. Despite this, thousands poured onto streets on Friday night to protest over a ruling on Thursday by the Constitutional Tribunal that imposes a near-total ban on abortion in the predominantly Catholic country.

The protests resumed on Saturday, for a third day running. Private broadcaster TVN showed a footage of thousands of people marching in the streets of Gdansk. Several thousands also protested in Warsaw.

The ruling nationalists have faced criticism in recent days from the opposition that the country is not prepared enough for the second coronavirus wave. Recent opinion polls have shown a drop in support for both PiS and Duda.

The Health Ministry reported 179 coronavirus-related deaths on Saturday, taking the total toll to 4,351. The country recorded 13,628 new cases on Saturday, with a total of infections approaching 242,000.