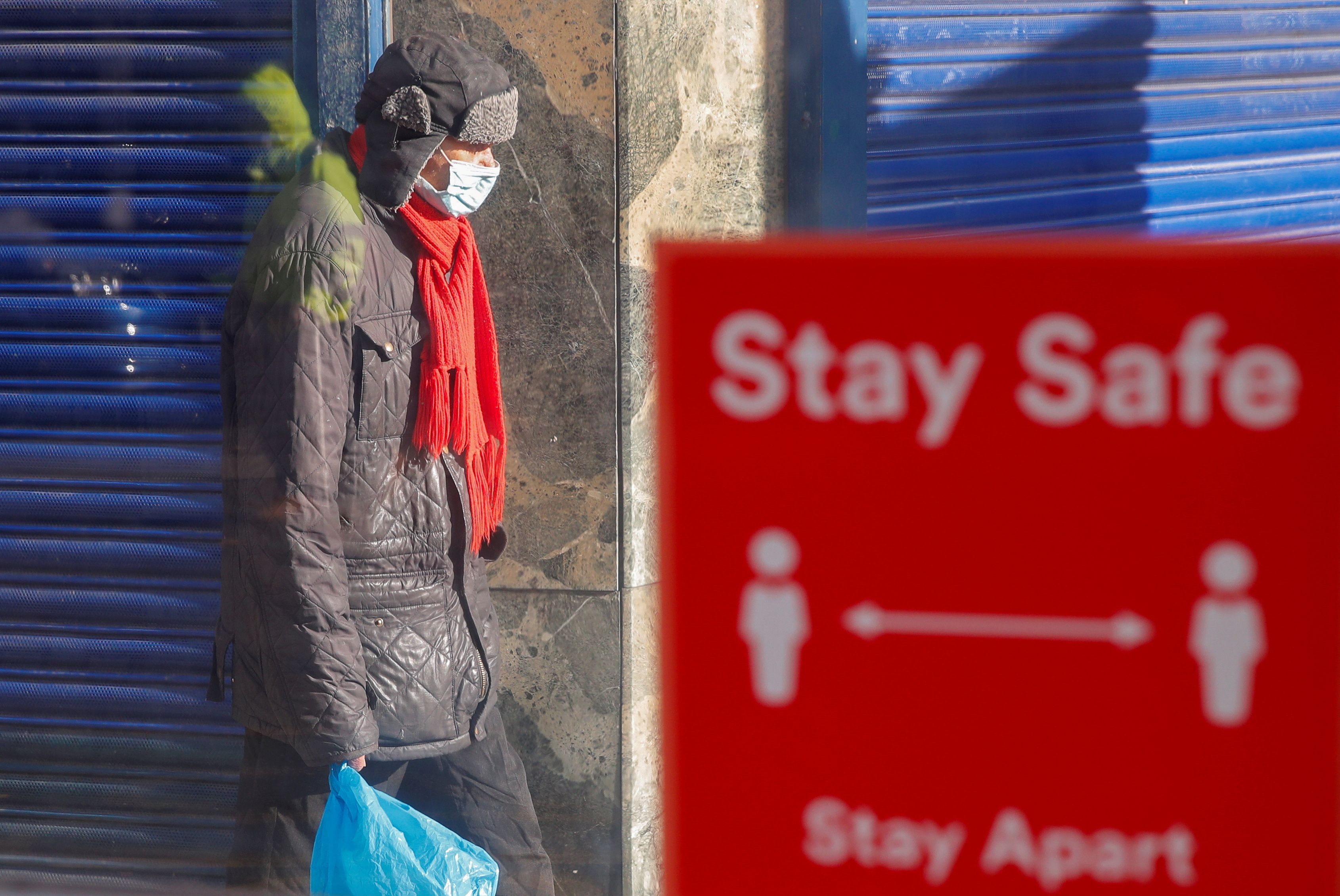 Britain announced wider Covid restrictions this week which will take the number of people under England's highest category of alert to nearly 8 million, as the government battles a sharp rise in cases. Photo: Reuters
Antibodies against Covid-19 declined rapidly in the British population during the summer, a study has found, suggesting protection after infection may not be long lasting and raising the prospect of waning immunity in the community.

Scientists at Imperial College London have tracked antibody levels in the British population following the first wave of Covid-19 infections in March and April.

New research suggests Covid immunity may only last a few months, especially for the elderly.

The report from Imperial College London dashes the idea of herd immunity. @SwainITV has your in-depth report.

Their study found that antibody prevalence fell by a quarter, from 6% of the population around the end of June to just 4.4% in September.

That raises the prospect of decreasing population immunity ahead of a second wave of infections in recent weeks that has forced local lockdowns and restrictions.

Although immunity to Covid-19 is a complex and murky area, and may be assisted by T cells, as well as B cells that can stimulate the quick production of antibodies following re-exposure to the virus, the researchers said the experience of other coronaviruses suggested immunity might not be enduring.

"We can see the antibodies and we can see them declining and we know that antibodies on their own are quite protective," Wendy Barclay, head of the Department of Infectious Disease at Imperial College London told reporters on Tuesday.

"On the balance of evidence I would say, with what we know for other coronaviruses, it would look as if immunity declines away at the same rate as antibodies decline away, and that this is an indication of waning immunity at the population level."

Those for whom Covid-19 was confirmed with a gold standard PCR test had a less pronounced decline in antibodies, compared to people who had been asymptomatic and unaware of their original infection.

There was no change in the levels of antibodies seen in healthcare workers, possibly due to repeated exposure to the virus.

The study backs up findings from similar surveys in Germany which found the vast majority of people didn't have Covid-19 antibodies, even in hotspots for the disease, and that antibodies might fade in those who do.

World Health Organisation spokesman Tarik Jasarevic said that uncertainty over how long immunity would last and the fact most people had never had antibodies against the coronavirus in the first place showed the need to break transmission chains.

"Acquiring this collective immunity just by letting virus run through the population is not really an option," he told a United Nations briefing in Geneva

Imperial's study, based on a survey of 365,000 randomly selected adults, was released as a pre-print paper, and has not yet been peer-reviewed.

The rapid waning of antibodies did not necessarily have implications for the efficacy of vaccine candidates currently in clinical trials, Imperial's Barclay said.

"A good vaccine may well be better than natural immunity," she said.