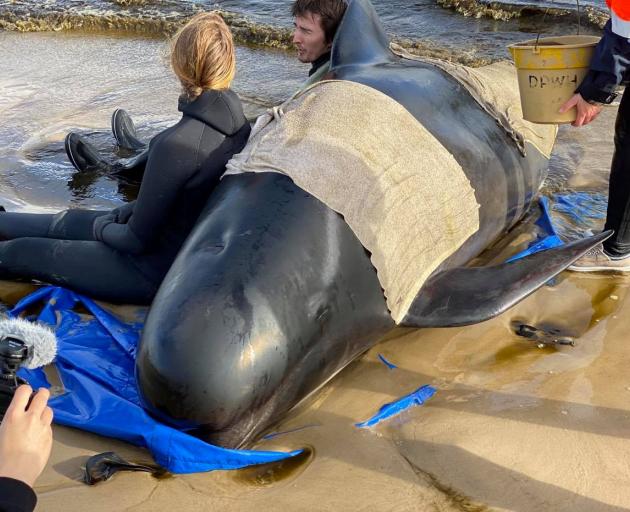 It is Australia's biggest beaching in modern times, and draws attention to a natural phenomenon which scientists say has no known cause. Photo: Bilal Rashid via Reuters
Rescuers trying to free a pod of whales beached off the Australian island of Tasmania have found another 200 stranded mammals, bringing the total to 470 and making it one of the country's biggest beachings.

As a rescue effort began its third day off the southern island's rugged west coast on Wednesday, rescuers said they spotted another large group of pilot whales during an aerial reconnaissance of remote Macquarie Harbour, and most were believed to be dead.

"They didn't look to be in a condition that would warrant rescue," said Nic Deka, a regional manager of Tasmania's Parks and Wildlife Service, at a news conference.

"Most of them appeared to be dead. If they can be saved we'll send crews over there to do that."

The discovery makes it Australia's biggest beaching in modern times, and draws attention to a natural phenomenon which scientists say has no known cause.

In 1996, 320 pilot whales washed up on the coast of Western Australia, in what was then reported to be the country's biggest mass stranding.

About 600 pilot whales beached in nearby New Zealand in 2017. Pilot whales are a species of oceanic dolphin that grow to 7 metres (23 ft) long and can weigh up to 3 tonnes.

Of the remaining 270 stranded whales off Tasmania, at least 90 have died and rescuers have set free about 25 since arriving on Monday at the site about 200km northwest of the state capital Hobart.

The team of about 65 state park workers, fishermen and volunteers hoped to free more whales on Wednesday, a process which involves wading waist-deep in freezing water, attaching slings to the animals and guiding them out of the harbour with a boat.

"We're not at a point where we're considering euthanasia ... but it is always something that we have at the back of our mind," said Kris Carlyon, a wildlife biologist with the state government conservation agency.

"We're all optimistic about getting more off today. We're still very hopeful." 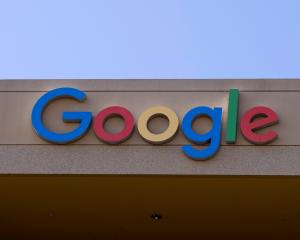