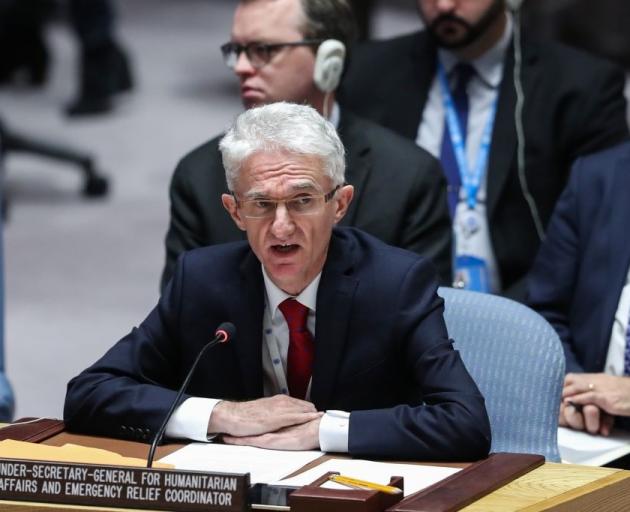 The council will now vote on a last-ditch attempt to extend approval for cross-border aid deliveries before it expires on Friday.

The 15-member council has been split, with most members pitted against veto-powers Syrian ally Russia and China, who want to halve the number of border crossings for aid deliveries to Syria from Turkey to one, arguing those areas can now be reached with humanitarian help from within Syria.

The United Nations says millions of Syrian civilians depend on the humanitarian aid delivered from Turkey.

"The UN cross-border operation is a lifeline for millions of people in northwest Syria who we cannot reach by other means," UN aid chief Mark Lowcock told Reuters.

"Failure to extend it would trigger an increase in the scale of suffering unseen in nine years of conflict."

A crackdown by Syrian President Bashar al-Assad on protesters in 2011 led to civil war, with Moscow backing Assad and Washington supporting the opposition. Millions of people have fled Syria and millions have been internally displaced.

For six years, the Security Council annually authorised the delivery of aid to Syria from four border crossings, two in Turkey, one in Jordan and one in Iraq. In January, it allowed the aid operation to continue from Turkey for six months, but dropped Iraq and Jordan due to opposition by Russia and China.

On Tuesday, Russia and China vetoed an attempt to extend for a year the approval of the Turkish border crossings. The remaining 13 members voted in favour of the resolution, drafted by Germany and Belgium.

Russia then proposed that just one crossing be authorised for six months, but it failed with just four yes votes on Wednesday.

Germany and Belgium have now put forward a compromise that would authorise the two Turkish crossings for six months. Russia put forward an amendment to cut it to one crossing. The council voted on the amendment and diplomats said on Thursday that it had failed, only receiving two votes in favour.

So now the council will vote on the compromise by Germany and Belgium. During the coronavirus pandemic, the council has been operating virtually and members have 24 hours to vote.

The result will be announced on Friday. If the resolution is not adopted, then the UN cross-border aid operation will end.

Late on Thursday, Russia put forward another rival draft resolution that would authorise one Turkish crossing - into Idlib province in Syria - for one year. It was not immediately clear when voting would begin on that text.

"This border-crossing accounts for more than 85% of total volume of operations," deputy Russian U.N. Ambassador Dmitry Polyanskiy posted on Twitter.

The first coronavirus case was confirmed in Idlib province in northwest Syria on Thursday, aid workers said, raising fears for a region where hospitals lie in ruins and camps overflow with people after nearly a decade of war.