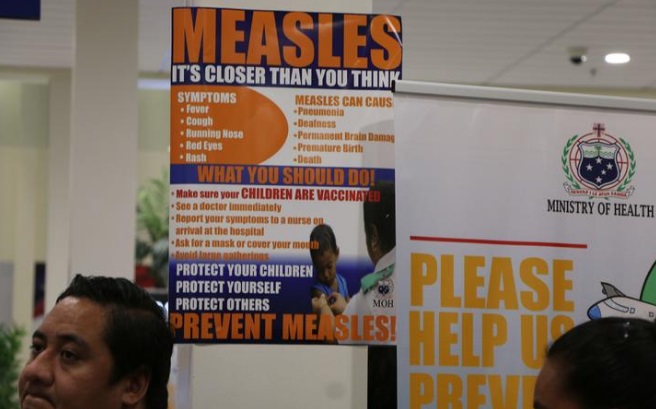 Photo: RNZ
The death toll from Samoa's measles epidemic has risen to 20, with 202 cases recorded in the past day.

The government said 147 people were currently in hospital because of the measles, including 11 children who were in a critical condition.

The majority of them are at the main hospital in the capital, Apia.

It said there had been 1644 cases of measles recorded in the country since the outbreak started last month.

The country is in a state of emergency, with schools closed, a mass vaccination campaign under way, and public gatherings restricted.

Nearly 89 percent of the cases are on the main island, Upolu, and restrictions are in place on travel between the two islands, including a ban on children under the age of 19.

All but one of the recorded deaths have been children; nine under the age of one, and 10 between the ages of one and four.