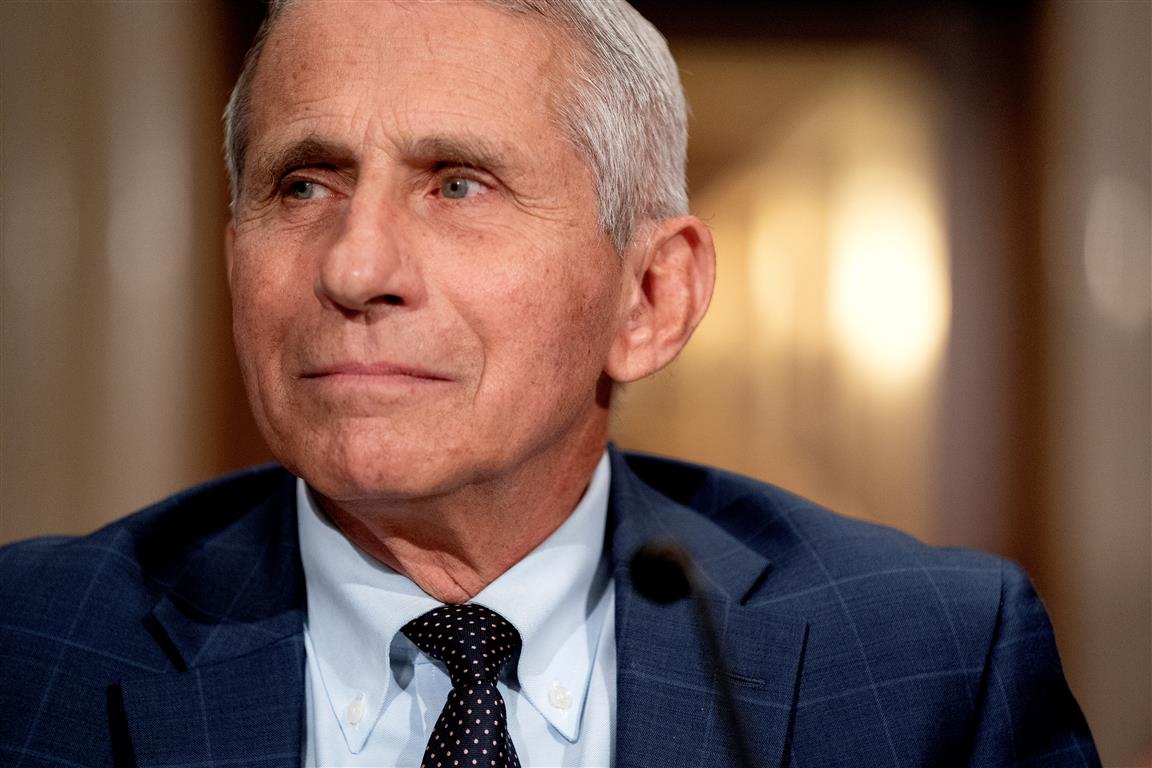 "Those who are transplant patients, cancer chemotherapy, auto-immune diseases, that are on immunosuppressant regimens, those are the kind of individuals that if there's going to be a third booster, which might likely happen, would be among first the vulnerable," Fauci said during a CNN interview.

He said health officials were also considering whether to revise mask guidance for vaccinated Americans saying it was "under active consideration."

Citing studies that show there might be waning immunity in vaccinated people, Fauci said US health officials were reviewing data to determine when boosters might be needed.

“It’s a dynamic situation. It’s a work in progress, it evolves like in so many other areas of the pandemic,” said Fauci, the director of the National Institute of Allergy and Infectious Diseases. “You’ve got to look at the data.”

Last week, Israel's health ministry reported a decrease in the effectiveness of the Pfizer vaccine in preventing infections and symptomatic illness. But it added that the two-dose Covid-19 vaccine developed by Pfizer with partner BioNTech still remained highly effective in preventing severe illness.

The decline in efficacy coincided with the spread of the Delta variant, now the dominant strain in Israel.

Israel is administering third doses of the vaccine to immunocompromised people, including those who have had heart, lung, kidney or liver transplants and cancer patients receiving chemotherapy.

The Delta variant, which was first found in India, is driving up infections in the United States.

The sharpest increases in Covid-19 cases are in places with lower vaccination rates. Florida, Texas and Missouri account for 40% of all new cases nationwide, with around one in five of all new US cases occurring in Florida, White House adviser Jeffrey Zients said last week.

The US Centers for Disease Control and Prevention (CDC) on Sunday reported an uptick in the number of vaccine doses administered in the past 24 hours -- 778,996, the highest number given in a 24-hour period since the United States reported giving 1.16 million doses on July 3.

However, that number is far below the peak of 4.63 million doses reported on April 10 and, despite the rise, the pace of vaccinations is still generally declining, CDC data shows.

Since vaccines became widely available in the spring, President Joe Biden's White House has been conducting an aggressive campaign to get shots in arms that has been met with skepticism in some states and communities.

White House Chief of Staff Ronald Klain on Sunday hailed the CDC numbers as a sign vaccinations were picking back up.

Pfizer and BioNTech said on Friday that the United States had purchased 200 million more doses of their vaccine to help with pediatric vaccination as well as possible booster shots.

"Some people could need vaccine booster: US health boss" and then we are told there is yet another "variant" and oh look here is yet another variant, "But it added that the two-dose Covid-19 vaccine developed by Pfizer with partner BioNTech still remained highly effective in preventing severe illness" it is also said that Ivermectin and HCQ can prevent severe illness but that has been suppressed and we are told only the vaccine can save you.......

Debate continues in North America over just whose side Fauci is on--ours or the Chinese....