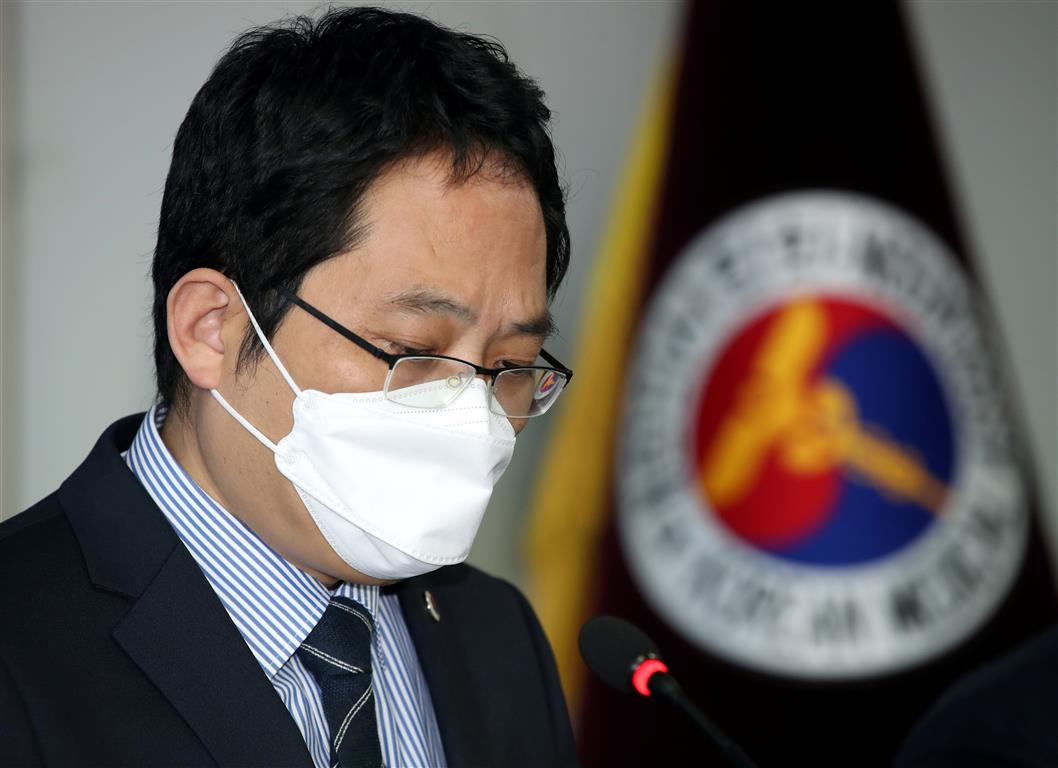 Choi Dae-zip, president of the Korean Medical Association, speaks in Seoul about the deaths of people who had received a recent flu vaccine. Photo: Yonhap via REUTERS
The Korea Disease Control and Prevention Agency (KDCA) says it will press on with a wide flu vaccination programme aimed at heading off complications from the coronavirus, after reviewing more than two dozen deaths that have raised public concern.

A review had shown no direct link between the vaccination and 26 deaths that were investigated, the KDCA said in a statement, adding it planned to meet on Saturday (local time) to review additional analysis.

The toll of deaths among people who have been vaccinated reached 36 on Friday, sparking calls from doctors and politicians for a halt to the programme, which aims to vaccinate about 30 million of the country's 52 million population.

Some 20 initial autopsy results from the police and the National Forensic Service showed that 13 died of cardiovascular, cerebrovascular and other disorders not caused by the vaccination, while seven are undergoing additional examinations, KDCA said.

Both the forensic agency and police were not immediately reachable for comment.

Prime Minister Chung Sye-kyun expressed condolences to the families of those who died, calling for a thorough investigation to verify the exact cause of deaths.

"So far experts said there was low possibility that the shots and deaths were related but many citizens remain anxious," he told a meeting.

The rising death toll has fuelled debate about whether the programme, which is free for some citizens, should be suspended. The country's largest grouping of doctors called for a halt until the safety of the vaccines is confirmed, while a major vaccine society said inoculation should continue as no relation to the deaths have been found.

Some local governments and district offices around the country have voluntarily advised residents against taking a flu shot or are considering suspending the programme.

The vaccine providers include domestic firms such as GC Pharma, SK Bioscience, Korea Vaccine and Boryung Biopharma Co Ltd, a unit of Boryung Pharm Co Ltd, along with France's Sanofi. They supply both the free programme and paid services.

Of those who have died, 10 people received products from SK Bioscience, five each from Boryung and GC Pharma, four from Sanofi and one from Korea Vaccine. There were no details about the latest 11 cases.

KDCA director Jeong Eun-kyeong said on Thursday that vaccines would continue to be supplied but the government might consider suspending some products that have identification numbers matching batches manufactured at the same plant on the same day if more people die using them. One batch consists of around 150,000 doses.

It was not immediately clear if any of the vaccines made in South Korea were exported, or if those supplied by Sanofi were also being used elsewhere.

Sanofi referred to the KDCA findings but said in a statement to Reuters that scientific assessments and monitoring were under way and that it would closely work with local health authorities.

South Korea ordered 20% more flu vaccines this year to ward off what it calls a "twindemic" of concurrent major flu and COVID-19 outbreaks in winter.

So far 9.4 million people had been inoculated since the programme began in September, with about 789 cases of adverse reactions reported, the KDCA said.

The KDCA reported 155 new coronavirus cases as of Thursday midnight, bringing total infections to 25,698, with 455 deaths.