Survival in Alaskan wilderness after hut burns down 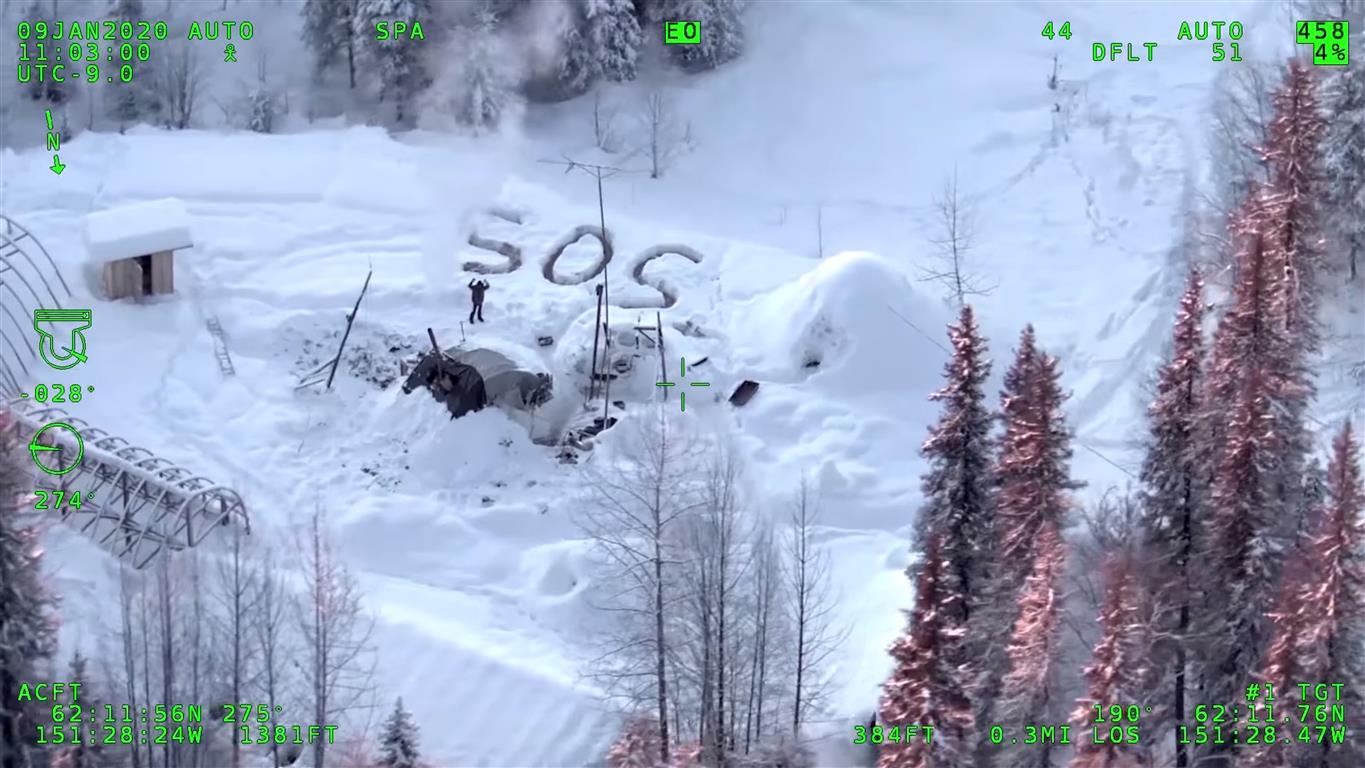 Alaskan State Troopers rescued Tyson Steele, who survived in a makeshift shelter after his remote cabin burned down last month. Photo: Alaska State Troopers/via REUTERS
More than three weeks after getting stranded in freezing, snow-covered Alaska, a 30-year-old man has been rescued by officials.

Alaska State Troopers found Tyson Steele in good health, 23 days after his cabin was destroyed in a fire, leaving him without any way to communicate with the outside world.

He was saved about 32km outside of Skwentna after his family asked troopers to conduct a welfare check on Steele, whom they hadn't heard from in weeks.

A video shared from a trooper helicopter showed Steele waving his arms in front of a makeshift structure he was using as shelter in the subzero conditions.

The word "SOS" had been carved into the snow in large letters.

The cabin fire was sparked in mid-December when Steele placed a large piece of cardboard into his wood stove, firing off a spark that ended up on his roof, he told officials following the rescue.

"It's 1 or 2 in the morning and I'd been awakened to a cold cabin, right? So, it takes me a while to go back to sleep." Steele recalled.

"And, drip, drip, drip -- there's fiery drips of plastic coming through the roof above me. So, I go outside to pick up some ... snow and I just see that the whole roof's on fire."

Tragically, his dog -- a 6-year-old chocolate Labrador named Phil -- was killed in the blaze.

Steele managed to grab some blankets and a sleeping bag and take them with him when the cabin caught fire. He thought his dog had managed to escape and was devastated when he realised that wasn't the case.

Upon being rescued, Steele said he planned to go to Salt Lake City to spend time with his family.