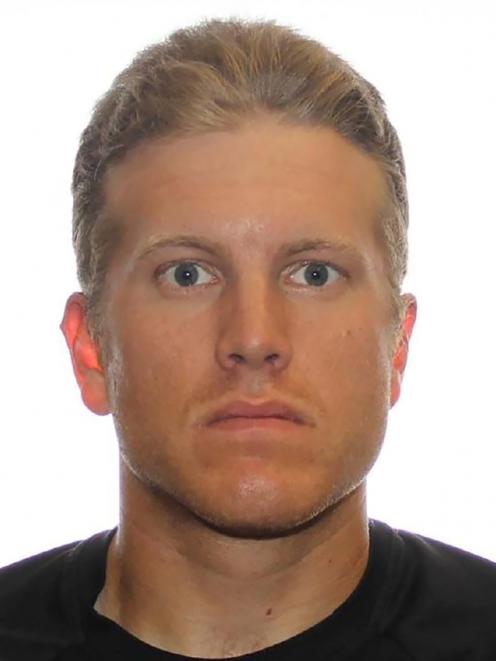 Former Canadian military reservist Patrik Jordan Mathews. Photo: RCMP Manitoba via Reuters
The FBI has arrested three suspected members of a neo-Nazi group who had a machine gun and hopes of sparking a US race war at a planned gun-rights rally in Virginia that is expected to draw thousands of people, officials say.

Among those arrested were a former cavalry scout in the US Army and a Canadian citizen who was illegally in the United States and was a combat engineer in the Canadian Army Reserve.

The arrests came the day after Virginia Governor Ralph Northam declared a state of emergency banning any weapons around the grounds of the state capitol in Richmond, saying investigators had seen groups making threats of violence.

The FBI and the Department of Homeland Security have been sharply criticised for not focusing enough on the threat of far-right extremism following a spate of attacks on synagogues and a 2017 white-supremacist rally in Charlottesville, Virginia.

Heads of both of those agencies have said in recent months that they were taking the threat more seriously.

Virginia, where Democrats took control of the legislature by promising stronger gun laws, has become the latest focal point for the contentious American debate around the right to bear arms. Many gun-rights groups contend the US Constitution guarantees their ability to possess any firearm. Those opposed say gun laws would help lessen the number of people killed by guns each year.

According to a criminal complaint filed before the US District Court for Maryland, the men arrested were Brian Mark Lemley Jr., who previously was in the US Army; Patrik Jordan Mathews, a former Canadian military reservist; and William Garfield Bilbrough.

They are accused of interstate commerce of weapons, harbouring illegal aliens, an alien in possession of a firearm and ammunition, and aiding and abetting. The FBI also said in the court filing that the men had attempted to manufacture DMT, a chemical resembling the structure of psilocybin in psychedelic mushrooms and an illegal drug under federal law.

While federal authorities can bring criminal terrorism charges against those suspected of working on behalf of foreign extremist groups like al Qaeda, they lack those tools when pursuing those affiliated with domestic extremist groups, whose views are protected by the free-speech clause of the US Constitution.

The men were in possession what appeared to be a fully automatic rifle, according to an FBI agent who watched the men fire the weapon at a gun range.

Shortly after firing the weapon on January 2 at a Maryland gun range, Lemley told Mathews, "Oh, oops, it looks like I accidentally made a machine gun," according to the court document. The men were seen in possession of other guns, but the details were not included in the filing.

Lemley and Mathews lived together in Delaware, while Bilbrough resided in Maryland. Mathews illegally crossed over the border into the United States in August, according to the court document.