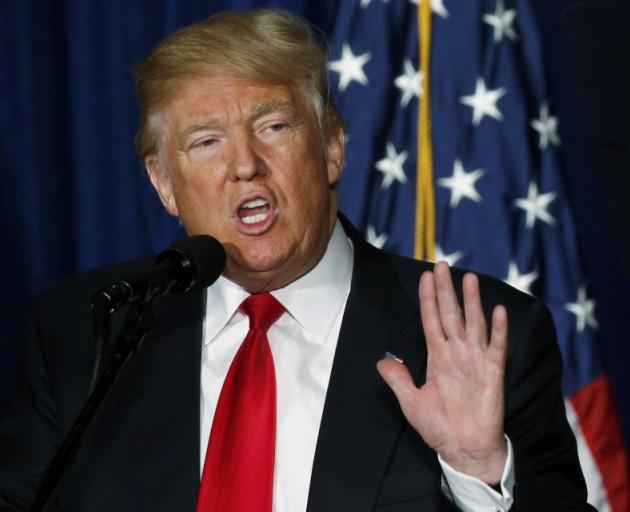 Donald Trump pulled the US out of the pact in early 2017, citing concerns about jobs. Photo: Reuters
President Donald Trump said the US would only join the Trans Pacific Partnership, a multinational trade pact his administration walked away from last year, if it offered "substantially better" terms than those provided under previous negotiations.

His comments, made on Twitter late on Thursday, came only hours after he had unexpectedly indicated the United States might rejoin the Trans Pacific Partnership.

In his Twitter post, which came during Asian trading hours, Trump said the United States would "only join TPP if the deal were substantially better than the deal offered to Pres. Obama. We already have BILATERAL deals with six of the eleven nations in TPP, and are working to make a deal with the biggest of those nations, Japan, who has hit us hard on trade for years!"

Would only join TPP if the deal were substantially better than the deal offered to Pres. Obama. We already have BILATERAL deals with six of the eleven nations in TPP, and are working to make a deal with the biggest of those  nations, Japan, who has hit us hard on trade for years!— Donald J. Trump (@realDonaldTrump) April 13, 2018

Policymakers in the Asia-Pacific region on Friday responded to Trump's initial announcement about the possibility of the US rejoining the trade deal with scepticism.

"If it's true, I would welcome it," Japanese Finance Minister Taro Aso told reporters after a cabinet meeting on Friday and before Trump's tweet. Aso added that the facts needed to be verified.

Trump "is a person who could change temperamentally, so he may say something different the next day", Aso said.

"If the United States, it turns out, do genuinely wish to rejoin, that triggers a whole new process," she told reporters in Auckland.

The TPP, which now comprises 11 nations, was designed to cut trade barriers in some of the fastest-growing economies of the Asia-Pacific region and to counter China's rising economic and diplomatic clout.

Trump pulled the US out of the pact in early 2017, citing concerns about US jobs.

Even before Trump's official withdrawal last year, US participation in the pact was seen as increasingly unlikely due to opposition in the US Congress.

The United States entered TPP negotiations in 2008. In 2016, then President Barack Obama's administration abandoned attempts to push the pact through Congress.

The other 11 countries forged ahead with their own agreement without US participation, and in the process eliminated chapters on investment, government procurement and intellectual property that were key planks of Washington's demands.

The pact includes Mexico and Canada, which are in the process of renegotiating the terms of the North American Free Trade Agreement with the United States.

A Canadian government official said on Thursday there had not been any formal outreach from the United States about the pact.

Japanese Prime Minister Shinzo Abe will meet Trump next week. Japan, a close US ally, is a member of the TPP.

But Trump is struggling to get support from other countries for his recent threat to impose import tariffs on China and the US farm lobby is arguing that retaliation by China would hit American agricultural exports.