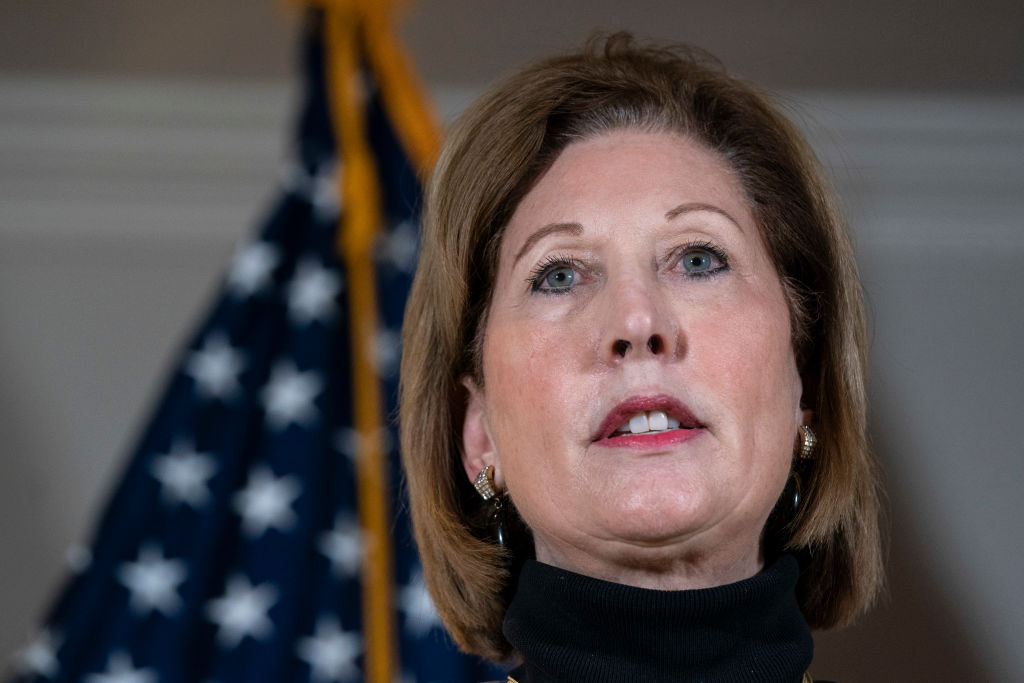 Sidney Powell. Photo: Getty
US President Donald Trump's election campaign has distanced itself from Sidney Powell, a lawyer who claimed without evidence at a news conference last week that electronic voting systems had switched millions of ballots to President-elect Joe Biden.

"Sidney Powell is practicing law on her own," Trump campaign lawyers Rudy Giuliani and Jenna Ellis said in a statement. "She is not a member of the Trump Legal Team."

The announcement came a day after a federal judge dismissed the campaign's lawsuit seeking to halt Pennsylvania officials from certifying Biden's victory in the state, dealing a major blow to Trump's flailing efforts to overturn his November 3 election loss.

Powell had made other dramatic claims without evidence, saying she had a voter fraud case of "biblical" proportions in Georgia. On Saturday, she told conservative Newsmax TV that "Georgia is probably going to be the first state I'm gonna blow up," and accused Republican Governor Brian Kemp of conspiring against Trump.

Powell, a conservative activist and former federal prosecutor, did not immediately respond to a request for comment.

She is representing Trump's former national security adviser Michael Flynn in his effort to end a long-running criminal case against him.

Flynn, saying that Powell had been suspended from Twitter for 12 hours, wrote on the platform that she understood Giuliani's statement and "agrees with it." Flynn said Powell was "staying the course" to prove election fraud.

Democrats and some Republicans have accused Trump of trying to undermine faith in the American electoral system and delegitimize Biden’s victory by promoting false claims of widespread voter fraud.

The Republican president expressed concerns that Powell’s claims were too outlandish and would distract from other legal arguments, a person familiar with the discussions said.

Trump had referred to Powell as one of his "wonderful lawyers and representatives" in a November 14 tweet.

Tucker Carlson, an influential Fox News host, criticized Powell on Thursday for a lack of evidence to support her claims.

"She never demonstrated that a single actual vote was moved illegitimately by software from one candidate to another. Not one," Carlson said.

Senator Joni Ernst, a Republican from Iowa who won re-election in this month's vote, told a Fox News radio programme on Thursday that Powell's allegations were "offensive."