Trump would exit global climate accord 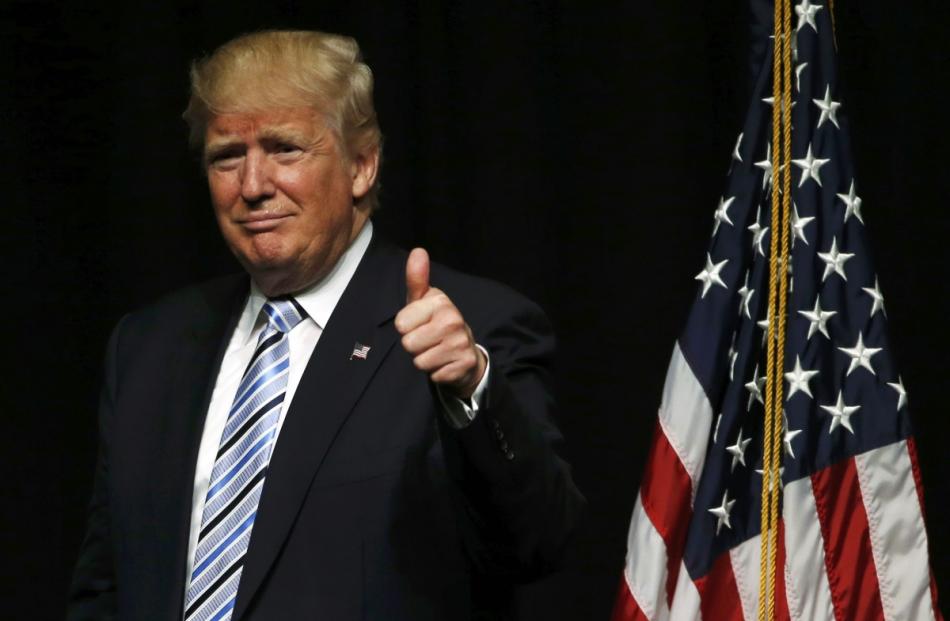 Hours after effectively clinching the Republican presidential nomination, Donald Trump vowed to withdraw the United States from the historic Paris agreement among 195 nations to cut greenhouse gas emissions in an effort to stop global warming.

Trump, who has often dismissed the science on climate change as a hoax that threatens American jobs, promised to cut all US spending on United Nations programmes on global warming.

Speaking at an oil and gas industry conference in Bismarck, N.D., he laid out an energy agenda that would rely heavily on fossil fuels and rescind Obama administration regulations aimed at addressing climate change.

"In a Trump administration, political activists with extreme agendas will no longer write the rules, because that's what's happening now," Trump said.

Trump's energy speech came shortly after the Associated Press reported that a handful of unbound delegates had agreed to back him at the Republican National Convention in July, giving him one more than the 1237 delegates he needed to win the nomination.

"North Dakota, you brought us over the line, folks, and I will always remember that," Trump said as he pointed to his delegates in the audience.

On Instagram, Trump posted a photo of himself celebrating on his private jet with a McDonald's burger and fries.

At a news conference just before the speech, Trump struck back at President Barack Obama for telling reporters in Japan on Thursday that world leaders were rattled by Trump's ignorance of world affairs and cavalier attitude.

"If they're rattled in a friendly way, that's a good thing," said Trump, who has often accused China, Mexico and Japan of ripping off America in what he describes as rotten trade deals.

"He shouldn't be airing what he's airing where he is right now," Trump said.

Looking ahead to the general election, Trump struck an aggressive posture, saying a newly released State Department inspector general's report faulting Hillary Clinton's use of a private email server while she was secretary of State was shocking and devastating.

"This was all bad judgment - probably illegal," he said. "We'll have to see what the FBI says about it."

"He's talking about breaking up our alliances, letting more countries get nuclear weapons, banning all Muslims from coming to America," she said. "That is a recipe for fewer friends and more enemies, and it will make us less safe."

"This is not a reality show," she added. "It's not just politics. It's really serious. The entire world looks to the United States for leadership and stability."

Intruding into the Democratic contest, Trump said at his news conference that he would be willing to debate Clinton's Democratic rival, Bernie Sanders, but only if the event could raise $10 million to $15 million for charity such as women's health groups.

"I think it would get very high ratings," he said. "It should be in a big arena somewhere, and we could have a lot of fun with it."

Trump also made light of the suggestion that it was offensive to use the nickname "Pocahontas" for Massachusetts Senator Elizabeth Warren, who has identified herself as part Native American. Warren is a fierce critic of the New York business mogul.

"Is it offensive? You tell me," Trump said to a reporter. "Oh, I'm sorry about that."

"I think she's as Native American as I am, OK? That I will tell you," he said. "But she's a woman that's been very ineffective, other than she's got a big mouth."