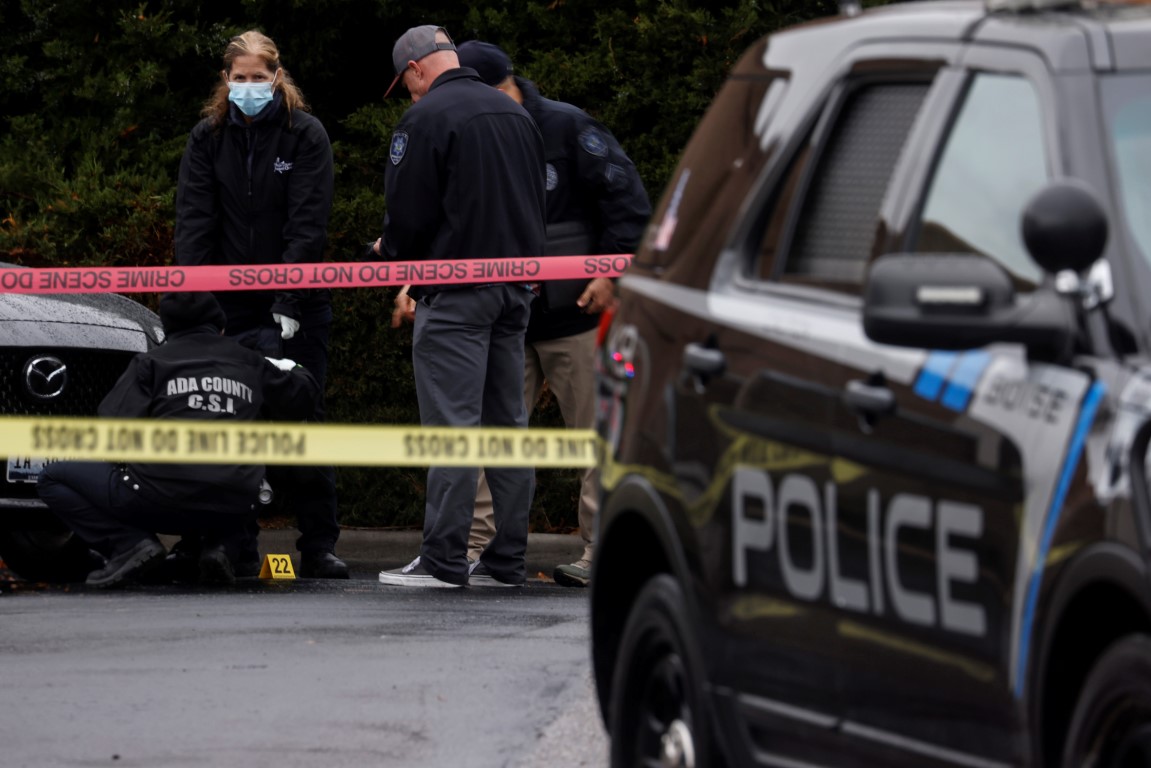 Law enforcement officers collect evidence near the scene of the shooting at the Boise Towne Square shopping mall. Photo: Reuters
Two people were killed and four others, including a police officer, have been injured in a shooting at a shopping centre in Boise, Idaho, that ended with the lone suspect taken into custody, authorities said.

Official details of the bloodshed were sketchy, but Boise Police Chief Ryan Lee told reporters at a briefing that police responded to reports of a shooting at the Boise Towne Square mall shortly before 2pm on Monday (local time).

Officers arriving on the scene "encountered an individual matching the suspect's description," leading to an exchange of gunfire with the assailant that left one officer injured and the shooter arrested, the chief said.

"We believe there was only a single shooter involved, and there is no ongoing threat to the community at large," Lee said.

No information about the suspect was given, nor were any of the victims identified. The chief also declined to elaborate on circumstances of the shooting, adding, "we really cannot at this time speak to any motivation behind it."

One shopper, Joey Bernal, told the Idaho Statesman newspaper he was in the shopping mall's food court when he heard five to eight shots ring out, and that security personnel ushered him from the mall entrance before police arrived.

Boise Towne Square is located on the western end Idaho's capital and its most populous metropolitan area, a city of some 250,000 residents.