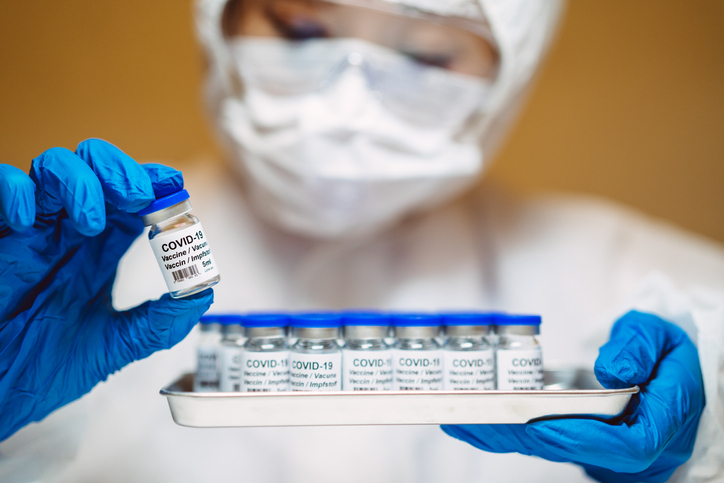 Stock photo: Getty
US officials have unveiled plans to begin vaccinating millions of Americans against Covid-19 as early as mid-December, as coronavirus infections and hospitalizations in the United States soar once more.

With outgoing President Donald Trump's coronavirus strategy relying heavily on a vaccine, the chief adviser of his administration's Operation Warp Speed program said on Tuesday that 20 million people could be inoculated by the end of 2020, and that by the middle of 2021 most Americans will have access to highly effective vaccines.

"Within 24 hours, maybe at most 36 to 48 hours, from the approval, the vaccine can be in people's arms," Moncef Slaoui, a former GlaxoSmithKline executive, said at an event conducted by The Washington Post newspaper.

The highly contagious virus infected 4.36 million people in the United States in November alone, more than double the tally of new cases the previous month, as many Americans refused to wear masks and travelled for holiday gatherings against the recommendations of health experts.

Some 60 million to 70 million doses of Covid-19 vaccine could be available per month beginning in January, after the expected regulatory approval of products from Pfizer Inc and Moderna Inc, Slaoui said.

A Food and Drug Administration panel of outside advisers will meet on Dec. 10 to discuss whether to recommend emergency use authorization of the Pfizer vaccine. They are expected to review Moderna's candidate a week later.

The distribution timeline described by Slaoui and US Health and Human Services Secretary Alex Azar appeared to assume that the FDA's authorization of the first vaccine would come within days of the Dec. 10 meeting.

But the head of the FDA's Center for Biologics Evaluation and Research, Dr. Peter Marks, told patient advocacy groups last week that it might take "a few days to a few weeks" for his agency to render its decision.

FDA Commissioner Stephen Hahn has likewise said the process could take longer than the Trump administration has suggested.

Asked in a ABC News interview on Tuesday whether the vaccine could become available the week of Dec. 15, Hahn said: "It is possible," but noted, "it will depend on what sort of questions and data come out of the vaccine advisory committee."

The US Transportation Department said on Tuesday it has made preparations to enable the "immediate mass shipment" of Covid-19 vaccines and completed all necessary regulatory measures.

A panel of advisers to the US Centers for Disease Control and Prevention (CDC) on Tuesday voted 13-to-1 to recommend that healthcare workers and residents of long-term care facilities should be first in line to receive initial doses of Covid-19 vaccines when they become available. 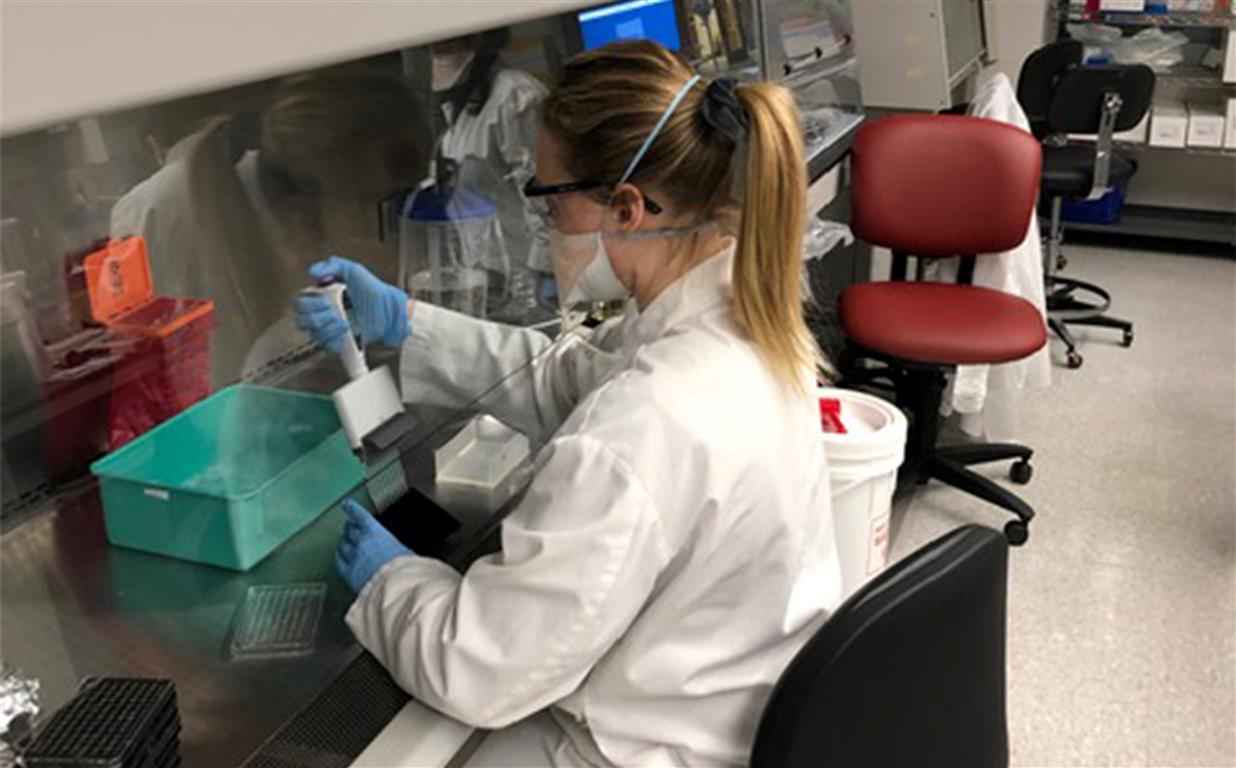 An employee works at the Pfizer laboratories where they conduct research and development on a coronavirus vaccine in Pearl River, New York. Photo: Pfizer/Handout via REUTERS
The CDC will take the recommendation into account and provide guidance to the states to assist governors in their decisions about vaccine distribution priorities.

New York Governor Andrew Cuomo on Tuesday complained about the lack of federal funding for vaccine distribution. He also criticized a data-sharing agreement put forward by the government that he said could "dissuade undocumented immigrants from taking the vaccine."

Cuomo expressed concern that data on those receiving the vaccine could end up in the hands of US Immigration and Customs Enforcement.

Meanwhile, leading medical officials are pleading with Americans to abide by public health measures for slowing a pandemic that claimed 37,000 US lives just last month.

A record nearly 96,000 Covid-19 patients were reported in US hospitals on Tuesday, according to a Reuters tally.

Hospitalizations and deaths are expected to spike even higher in the midst of the holiday travel season, a trend that officials have warned will push an already strained healthcare system to the breaking point.

The monthly toll of US Covid-19 deaths is projected to nearly double in December to a pandemic-high of more than 70,000 and surpass 76,000 in January before ebbing in February, according to a widely cited model from the University of Washington's Institute for Health Metrics and Evaluation.

The pandemic and restrictions meant to stop it have ravaged the US economy.

A bipartisan group of US lawmakers on Tuesday unveiled a $US908 billion Covid-19 relief bill aimed at breaking a monthslong deadlock between Democrats and Republicans over new emergency assistance for small businesses, unemployed people and industries.

US nursing homes are experiencing the worst outbreak of weekly coronavirus cases since the spring, according to the American Health Care Association and National Center for Assisted Living (AHCA/NCAL).

New York City Health Commissioner Dr. Dave Chokshi urged at-risk residents to halt non-essential activities and stay in as much as possible as the city battles its second coronavirus wave.

"This escalation unfortunately follows a tragically familiar pattern - cases grow, hospitalizations follow," Chokshi said. "And, sadly, too many result in critical illness or even death."

"With outgoing President Donald Trump's coronavirus strategy relying heavily on a vaccine, the chief adviser of his administration's Operation Warp Speed program said on Tuesday that 20 million people could be inoculated by the end of 2020"
Partly correct. Trump hasn't conceded and the Electoral College hasn't voted.
Also therapeutics, supply of medical equipment, PPE and military medical backup are also part of his strategy.
As for the rest, it's up to the State Governors to decide how they handle things locally because the US is a federal system.
For a comparison, check out how Australia did things. It was the State Government that closed borders, not Scott Morrison.
When Trump closed down international flights, Dems and the media called him a racist yet the biggest Covid mortality rate is in Dem-controlled cities.
Reuters is propaganda, not news.