US says progress made in Nth Korea talks 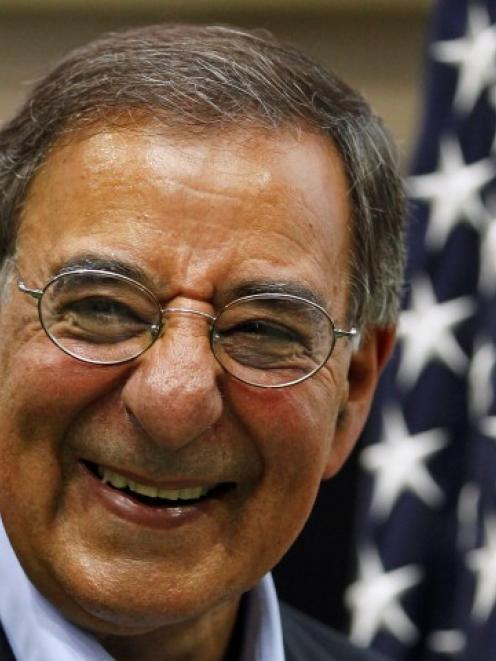 US Defence Secretary Leon Panetta. Photo: REUTERS/Yuriko Nakao
The United States and North Korea have narrowed differences in a second set of talks since wider negotiations on nuclear disarmament collapsed in 2009, but issues remain, the top US negotiator says.

Ambassador Stephen Bosworth, US special representative for North Korea policy, said the US goal was to find a "solid foundation" on which to relaunch bilateral and multilateral talks with Pyongyang.

"We are moving in a positive direction. We have narrowed some differences but we still have differences that we have to resolve," Bosworth told reporters in Geneva after a first day of meetings and a dinner that he hosted for the North Korean delegation, led by First Vice Foreign Minister Kim Kye-gwan.

"We will continue to try to narrow differences," he added.

Bosworth said that the discussions had been very intensive but gave no clue as to where progress had been made or what areas remained problematic.

There was no immediate comment from North Korean officials who are hosting the talks today. Bosworth said he expected to make a statement after the talks conclude.

Earlier, Clifford Hart, US special envoy for the stalled six-party talks, told reporters after the morning session that each side had made "useful presentations" of its position.

The session, which follows talks in New York in late July, is aimed more at managing tensions on the divided Korean peninsula than resuming stalled regional talks on ending the North's nuclear programmes.

US officials have described the talks as "exploratory" and aimed at keeping Pyongyang engaged so as to avoid any "miscalculations" by the reclusive nation.

"In July, we gave the North Koreans a specific set of initiatives that we'd like to see to demonstrate that they are prepared to take concrete steps to meet their denuclearisation obligations," Nuland said, saying the United States planned to follow up on all those issues during the current talks.

"Where are they now on their readiness to make concrete progress on their...nuclear responsibilities? How do they evaluate the first round of talks that they had with the...the South Koreans? ...Are they prepared to commit to continue this process?," she said.

US officials and analysts were keeping expectations low, despite a slight easing of tensions between American ally South Korea and North Korea, and Pyongyang's repeated calls for resuming nuclear talks.

The six-party talks, including North Korea's ally China as well as Russia, Japan and South Korea, fell apart in 2009 when North Korea quit the process after UN sanctions were imposed following its second nuclear test.

China wants North Korea to deepen talks with the South and the United States in the hope of restarting nuclear negotiations, the Chinese vice premier told his North Korean counterpart, state media reported on Monday.

The six-party forum offers the North economic aid in return for dismantling its nuclear programme which is believed to have yielded enough fissile material to make up to 10 atomic bombs.

Last year, the North unveiled a uranium enrichment facility at Yongbyon, which opens a second route to make a nuclear bomb along with its plutonium programme, and argued it was for peaceful purposes. It says uranium enrichment falls outside the realm of previous six-party negotiations.

A September 2005 agreement reached by all sides does not specifically refer to uranium enrichment, only stating that the North must cease all nuclear activities.

Seoul and Washington insist that Pyongyang must first halt its nuclear activities, including its uranium enrichment programme, before six-party talks can restart.

US Defence Secretary Leon Panetta, on his first visit to Asia, said in an op-ed published in Japan's Yomiuri newspaper that the common challenges faced by the United States and Japan included North Korea and China.

North Korean leader Kim Jong-il has stated his readiness to return to the nuclear talks "without any preconditions". He says the North remains committed to fulfilling the September agreement with the aim of denuclearising the entire peninsula.