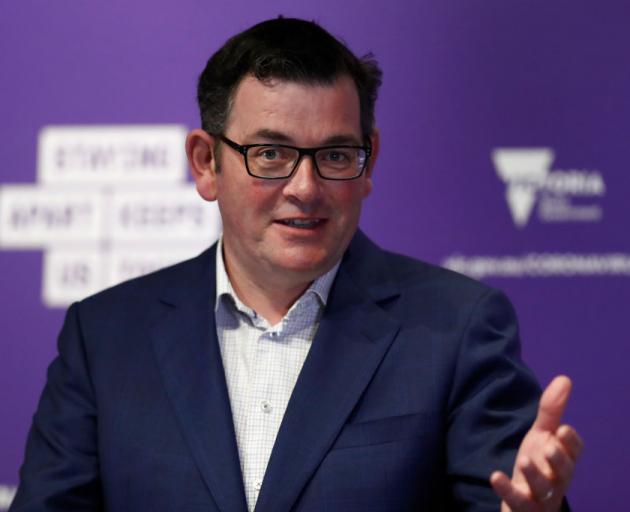 Victoria Premier Daniel Andrews. Photo: Getty Images
Victoria, Australia's second most populous state and the epicentre of the country's Covid-19 outbreak, will accelerate the easing of social distancing restrictions as infections slow to fewer than 20 cases a day.

Victoria, which reported 16 Covid-19 cases in the past 24 hours, has placed nearly 5 million residents of its capital Melbourne under one of the world's most stringent lockdowns since early August.

With cases well below the record one-day high of more than 700 cases reported in August, state Premier Daniel Andrews said some curbs, including a night curfew, will be removed almost immediately.

The remaining curbs could be relaxed earlier, with restrictions eased when case numbers hit certain triggers. Victoria state previously said most restrictions would remain in place until the end of November.

"We are ahead of schedule, we have made more progress than we hoped to make at this point in time," Andrews told reporters in Melbourne.

"But it doesn't mean this is over."

The accelerated timetable for removing restrictions across Victoria is a boost to Australia's ailing economy. The outbreak in Victoria dented any hope of a quick economic rebound as Australia enters its first recession in three decades and effective unemployment tops 10%.

In an immediate boost to the economy, Victoria state said 127,000 workers will be allowed to return to work on Monday, a rise of 30,000 on its previous plan announced earlier this month.

More than 1 million people in Victoria have been receiving wage subsidies from the federal government after large swathes of the state were ordered to shut in August to slow the spread of the virus.

The restrictions, however, have prevented a national second wave of the virus.

Australia's most populous state, New South Wales on Sunday reported its first day without a Covid-19 case in more than three months.

Australia has reported just over 27,000 cases, and 872 deaths, well below the numbers seen in many other developed nations.

I will be very surprised if the restrictions in Victoria are not eased too quickly. Australia lacks a leader with even half the courage of Jacinda Ardern when it comes to making hard decisions, watch them snatch defeat from the jaws of victory yet again.