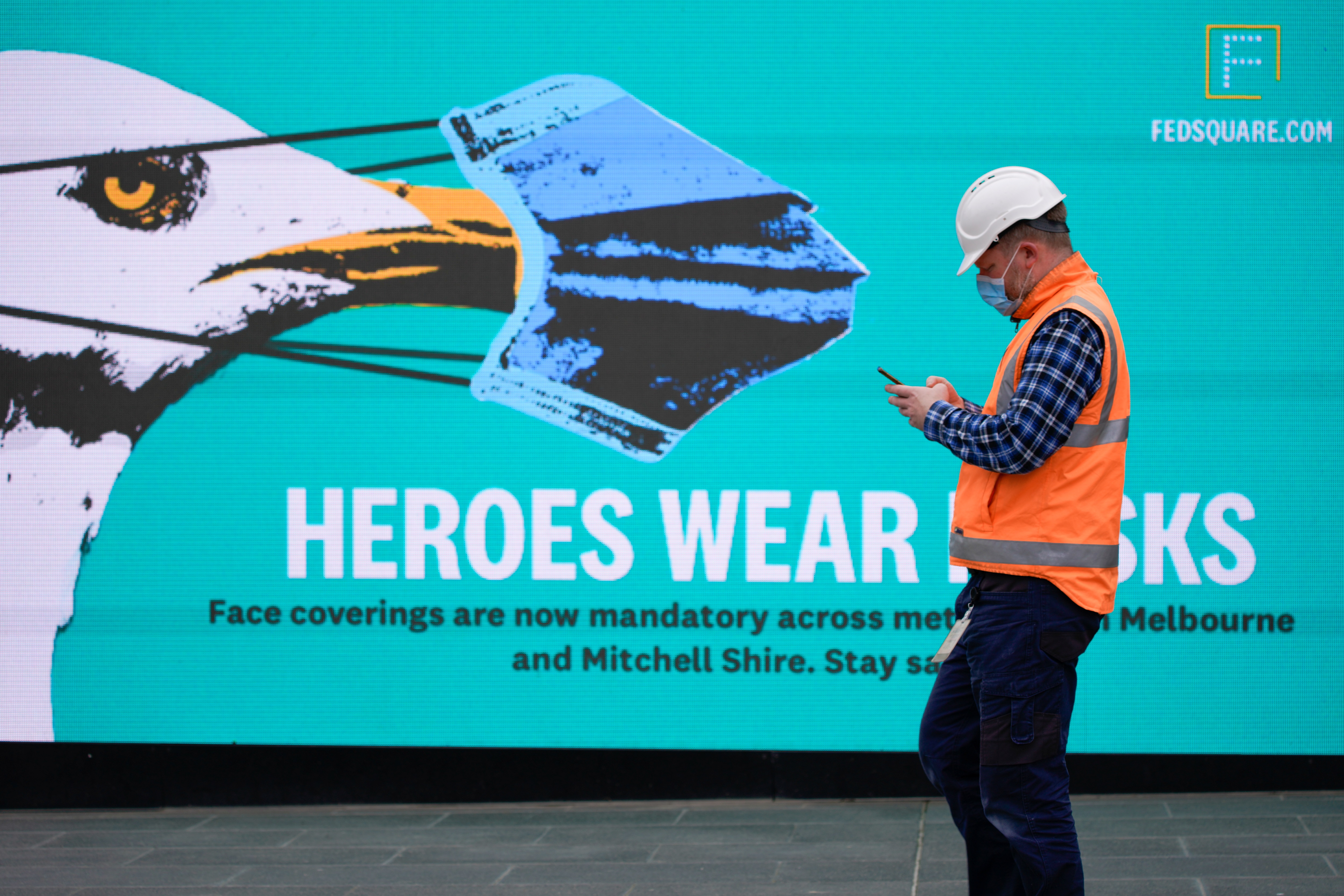 An essential worker wearing a face mask in Melbourne. Photo: Reuters
Victoria has recorded 627 more Covid-19 cases and another eight people have died.

Premier Daniel Andrews on Friday said the latest fatalities were two men in their 50s, two men aged in their 70s, three men in their 80s and one woman in her 70s. Four of the eight are linked to aged care homes.

The deaths take the state's total fatalities from the pandemic to 112, which is more than half of Australia's total death tally.

The southeastern state now has topped more than 10,000 cases, with total infections in the country at just over 17,000.

The 627 new cases marks the 26th consecutive day of a triple-digit increase and Australia's worst daily total of the pandemic.

Mr Andrews said Australian Defence Force personnel and public health officials did more than 500 visits to positive cases on Thursday, but one in four people were not home.

"I have to inform you that there were more than 130 unsuccessful visits, so around one in four people cannot be found at home," he said.

"There'll be a multitude of reasons for that, but what I can confirm for you is that more than 100 cases have been referred to Victoria Police."

Mr Andrews said there was no excuse for people who have been tested not to be isolating.

"It is simply unacceptable for you to have this virus and not be at home, if you're out doing other things.

"There may be a handful who are out, getting some fresh air - that does not explain these numbers, these numbers go well and truly beyond anything like that. And all that will do is spread the virus."