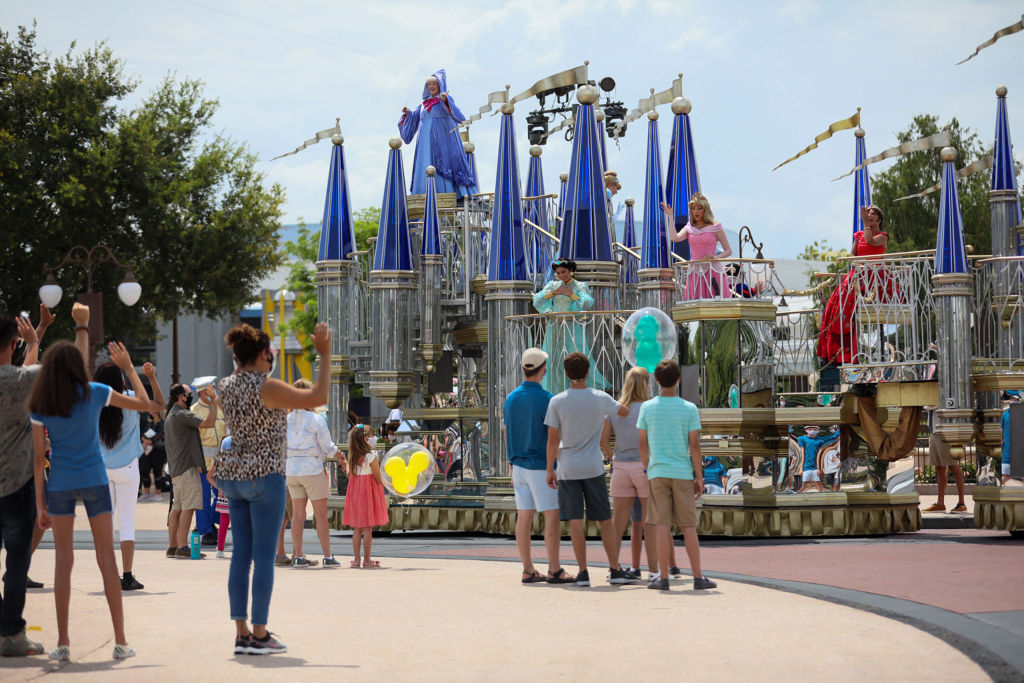 Hester Burkhalter, a 69-year-old woman from North Carolina, is suing The Walt Disney Company and the Orange County Sheriff for her April 2019 arrest, according to a complaint filed July 29 by civil rights attorney Ben Crump, CNN reports.

Several Disney executives as well as several Orange County deputies are also named in the suit.

Burkhalter, from Hickory -- about 160km southwest of Greensboro -- is seeking $US6 million in compensatory damages as well as $12 million in punitive damages, after she was “wrongfully arrested ... for possessing federally legal CBD oil,” Crump says.

The Orange County Sheriff’s Office told the outlet it “has not been served with a lawsuit, but in any case, we don’t comment on possible pending litigation”.

The complaint notes that the “harmless, entirely blameless” Burkhalter was “arrested and detained, processed as a narcotics felon and strip-searched”.

Her “only ‘crime,’” the complaint insists, “was her desire to lessen crippling osteoarthritic pain with a doctor-recommended hemp-based oil, while giving her family, including a disabled adult daughter and two adopted pre-teen children, an enjoyable vacation”.

Burkhalter took the trip, which she had saved for for over two years, with her husband, daughter and adopted children, according to the complaint and a news conference this week.

Burkhalter was arrested on April 15, 2019 after the complaint says she was asked to empty her bag going through security and those contents included a 1-ounce container of CBD oil, which she placed into a security bin.

At the conference, Burkhalter said she did not know whether the oil contained THC. The bottle, according to the complaint, said it contained 0% THC.

The oil was tested twice by a sheriff’s deputy, first negative then positive, the complaint notes.

Burkhalter was then arrested for felony drug possession and, according to the complaint, was faced with drug sniffing dogs, threw up during her transport, and requested medical care, which she was denied.

At the detention facility, Burkhalter was ordered “to strip naked and to ‘bend over’ for a body cavity search,” and after her son posted bail, was released in the early hours of April 16, following nearly 15 hours in custody.

The family was told they would be arrested for trespassing if they returned to Disney property, though that restriction ended in early May 2019, according to the news conference.

Though Burkhalter’s camp has requested an apology from Disney, Crump says the company has not offered one and the sheriff’s office has mostly remained mum save for trying to “defend their indefensible actions”.

Crump is also representing the family of George Floyd, who was killed at the hands of police in late May.