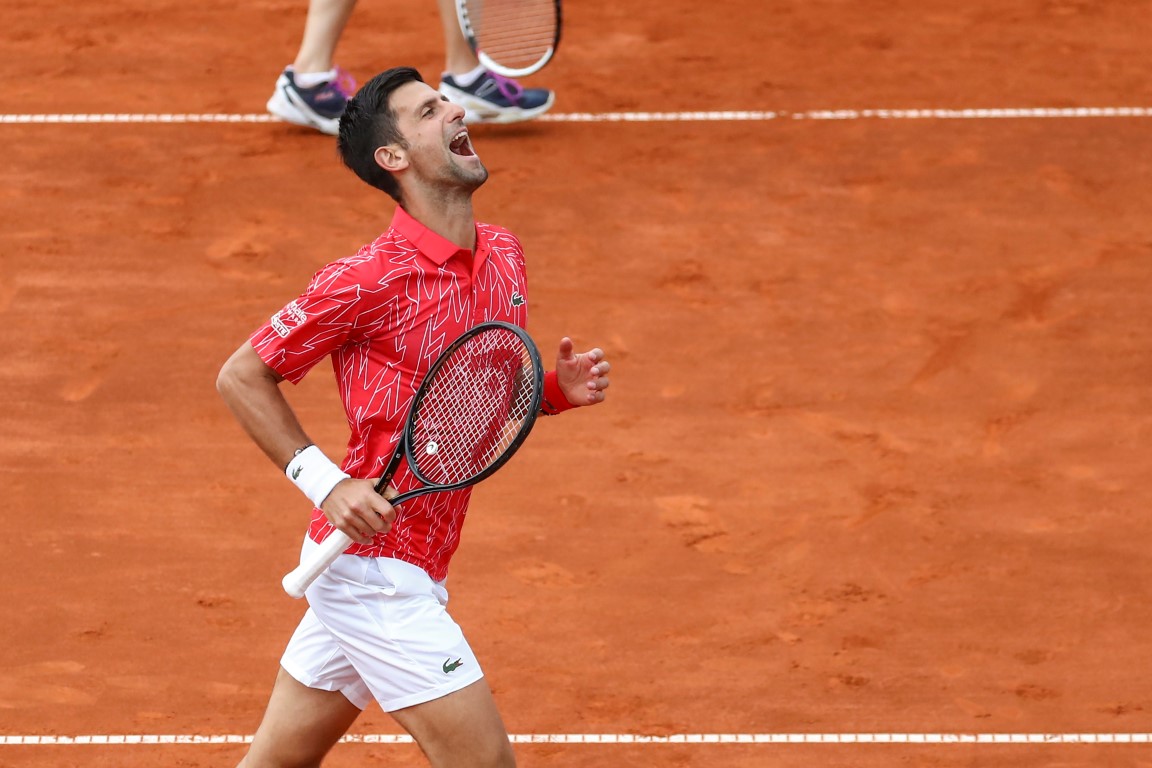 Novak Djokovic appears at the Adria Tour in Belgrade earlier this month. Photo: Reuters
Novak Djokovic, the men's world number one tennis player, tested positive for Covid-19 on Tuesday and then apologised to all individuals who contracted the virus after playing in an exhibition tournament he organised in Serbia and Croatia.

"The moment we arrived in Belgrade we went to be tested," Djokovic said in a statement on Tuesday, adding that he was not showing any symptoms. "My result is positive, just as Jelena's (wife), while the results of our children are negative.

"I am extremely sorry for each individual case of infection. I hope that it will not complicate anyone's health situation and that everyone will be fine. I will remain in self-isolation for the next 14 days, and repeat the test in five days."

The organisers said that the remainder of the Adria Tour had been cancelled, the two-day event on July 3-4 in Banja Luka, Bosnia and the planned exhibition match with Bosnian Damir Dzumhur in Sarajevo on July 5.

Serbia has 13,092 registered cases and 263 dead due to the pandemic but both Serbia and Croatia eased lockdown measures weeks before the tournament and players were not obliged to observe social distancing rules in either country.

The tournament witnessed packed stands during the opening leg in Belgrade, players hugging at the net, playing basketball, posing for pictures and attending press conferences together.

Djokovic, 33, organised nights out in Belgrade for the players and pictures and videos of him dancing with the other participants at his event were posted on social media.

"Prayers up to all the players that have contracted Covid- 19," said Nick Kyrgios, retweeting a video of the players dancing shirtless in Belgrade.

Prayers up to all the players that have contracted Covid - 19. Don’t @ me for anything I’ve done that has been ‘irresponsible’ or classified as ‘stupidity’ - this takes the cake. https://t.co/lVligELgID

"Don't @ me for anything I've done that has been 'irresponsible' or classified as 'stupidity' - this takes the cake," said the temperamental Australian, who was placed on probation by the men's ATP Tour over his behaviour last year.

The professional circuit was halted in early March as nations closed borders and imposed lockdowns to contain the spread of the virus.

Last week the ATP and the women's WTA issued revised calendars for the resumption of the circuit from August while organisers of the U.S. Open said the Grand Slam will be staged without fans as scheduled from Aug. 31 to Sept. 13 in New York.

The ATP said on Monday that "it continued to urge strict adherence to responsible social distancing and health and safety guidelines to contain the spread of the virus".

"In planning for the resumption ... ATP and other stakeholders have made exhaustive plans to mitigate risks through a variety of precautions and protocols to be implemented at ATP events," the men's governing body said, adding they will adjust protocols aligning with latest health guidelines.

Djokovic, who earlier said he faces a dilemma if a vaccine becomes compulsory for players to compete when tennis resumes, insisted that the idea behind his tournament was to raise funds for players in need.

"Everything we did in the past month, we did with a pure heart and sincere intentions," said Djokovic, who is also the head of the players council of the men's ATP Tour.

"Our tournament meant to unite and share a message of solidarity and compassion throughout the region."

"Everything we did in the past month, we did with a pure heart and sincere intentions," Drivel, you did it because you're a "big" man and need to be in the spotlight. Now all those others, including your wife are paying the price.