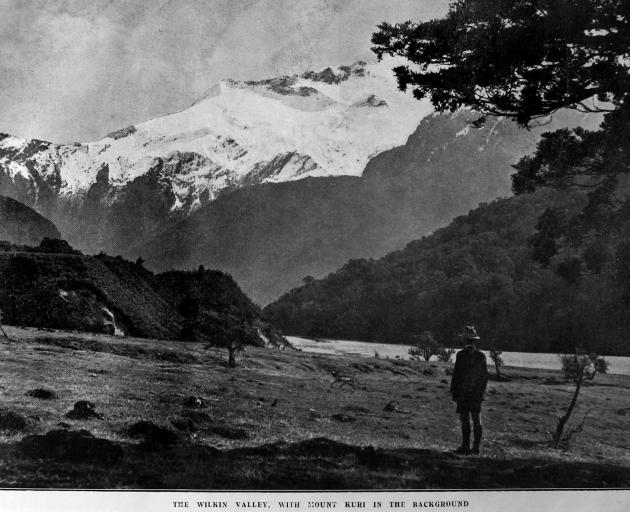 Inquiries made from Mr J. F. Robieson, Government tourist agent, by a Daily Times reporter show that traffic to the various South Island tourist resorts has commenced in real earnest. It is Mr Robieson's opinion that quite a big tourist season is in prospect, and a large number of inquiries, verbally, by mail, and by telegraph, for accommodation and transport by the different services and routes have been received. The Hermitage at Mount Cook has been booked right up for Christmas, and inquiries regarding other resorts show that the tourist traffic bids fair to be brighter than it was in pre-war years. Good business is likely to be done with Pembroke, Te Anau-Milford track, Akaroa, Hanmer Springs, Queenstown, and the Head of the Lake. Accommodation is being booked up rapidly even at this early stage of the season, and prospective excursionists are advised to make their arrangements promptly, otherwise they run a risk of being shut out.

It will be remembered that the late Mr Thomas Mayne died suddenly on the 26th ult. at his home, Anderson's Bay. He was a native of Sawyers' Bay, went to sea early in life, and, while quartermaster of a P. and O. liner passing through the Red Sea, he rescued a lady passenger who had fallen overboard by jumping in after her. For this he was awarded the Royal Humane Society Medal. He also held a medal for, as a volunteer, assisting to rescue the crew of an American ship which was foundering off the coast of Australia. It took the volunteer rescue party 10 hours from the time of embarkation to return to their own ship (an Orient liner) with the rescued party of 11 men. The passengers of the Orient liner subscribed an amount to yield every member of the rescue party 40. The late Mr Thomas Mayne, immediately prior to his death, was employed by the Otago Harbour Board at Port Chalmers, and was a man much respected by his fellow workers. He leaves a widow and three sons.

It is not generally known (says the Dominion) that punishment for petty crime by exposure in the public stocks was in vogue in New Zealand in the 'forties. There is said to have existed a pair of stocks in Wellington in the middle of the 'forties and some of the old residents can recall them being put to use. The clearest evidence, however that stocks were used as a punishment is the discovery in an Auckland paper of 1846 of a letter protesting against ``this degrading form of punishment''. It seems that the practice was to conduct the prisoner from the lock-up to the stocks for public exposure every few hours, and whilst so exhibited the public were not prohibited from showing what they thought of the prisoner.

The Kloet, which has recently been in eruption, with disastrous results to life, is one of the 35 volcanic mountains that remain active in an area of 2500 square miles of Java. Nowhere else, not even in Iceland, are there so many volcanoes within so small a space. One outbreak of the Kloet, in 1901, occurred at 4 o'clock in the morning, and by 10 o'clock ashes began to fall at Samarang, 150 miles off, which was rendered pitch dark.