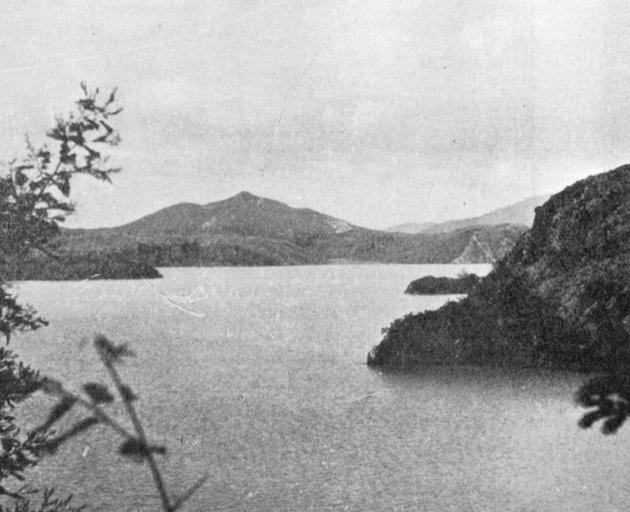 Lake Rotomahana, near Rotorua. — Otago Witness, 24.1.1922
The ninth annual championship tournament of the Dominion of New Zealand Bowling Association opened here yesterday morning. The one thing lacking to crown the success of all the arrangements planned for the big meeting was suitable weather, and the heavy rain on Tuesday and through the following night gave bowling enthusiasts many anxious moments. Play was to have commenced at 9am yesterday, but as the greens had had such a soaking, it was found necessary to postpone the opening till 10.30am. Editorial: To see a bevy of gentlemen, old or young, disporting themselves on the sward of a well-kept bowling green is always a cheerful sight, and the picture is one very familiar to the community. It suggests leisure, pleasant relaxation, and a sufficiency of health-giving exercise in the good fresh air. It is a twinkle of derision for the stuffy office, and the hundred and one prison houses wherein man is condemned to daily toil. It breathes of perennial youth and boyhood for all the sprinkling of greybeards among the players. Its savour is that of good humour and democracy. The staid professional man, the solemn broker, the calculating merchant, the inscrutable shopkeeper — these and all the rest of them seem on the bowling green to throw off the mask that covers so many private cares and responsibilities, and become simple companionable souls bent upon nothing but the game in hand. This is humanising and all to the good. In games as in other things it is every man to his taste, and of many the taste will find indulgence in Dunedin while the tournament, which is being conducted under the auspices of the Dominion Bowling Association, is in progress.

Were the terraces destroyed?

The question has been raised more than once whether the wonderful Pink and White Terraces were really destroyed by the Tarawera eruption in 1886. Mr Alfred Warbrick, the well-known Tourist Department guide, says emphatically that they were not. He holds that the terraces were submerged to a considerable depth by the flow of water into Lake Rotomahana at time of the eruption, and that by lowering the level of the lake, which he says is easily practicable, the terraces would be revealed again. He says that if the terraces were blown up, fragments of the silica of which they were composed would have been found, but none was found.  At the present time Lake Rotomahana is 148ft higher than Lake Tarawera. A 6ft channel cut for half a mile was all that was necessary to connect the lakes. The water could be taken off gradually and would be carried away by the Tarawera River. — ODT, 12.1.1922. 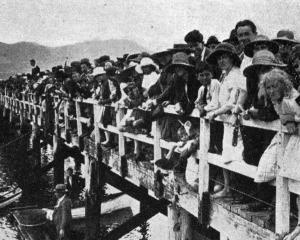 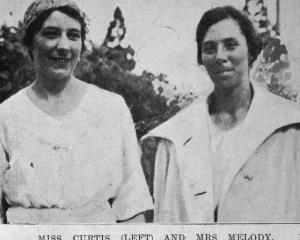