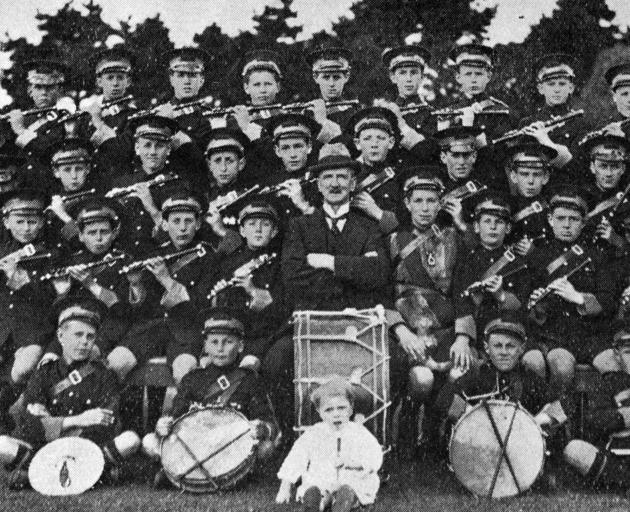 These include the Caledonian Society's challenge shield for fife and drum bands. The band also won the society’s gold medal for the best drum major, and the silver cup that was given to the Taieri Show by Mr G. Thomson for B-grade fife and drum bands.

Intending immigrants are warned (a Press Association message states) that there is an acute housing shortage in New Zealand, and that there will probably be a considerable delay in obtaining shipping accommodation, owing to the conditions at present being experienced in New Zealand. Any persons unable to secure nomination, who might think of proceeding by paying the full fares, are strongly advised not to do so. The foregoing information is contained in a memorandum regarding applications for free and reduced passages to the dominion issued by the New Zealand Government offices in London, and indicates that every precaution is being taken to acquaint intending immigrants with the existing state of affairs in this country, in order that those having no definite assurances of employment and accommodation may not suffer disappointment on arrival here. The High Commissioner is notifying applicants that instructions have been received from the New Zealand Government that no applications for free or reduced rate passages to the dominion will be approved at present, unless the applicant is assured of accommodation and has employment to go to.

The spirit of Christmas tide was very much in evidence at the College Street Hall on Saturday night, when the Caversham School choir entertained a crowded attendance to a most enjoyable Christmas concert. The first part of the programme was composed of items which were sung by the choir at the recent entertainment at His Majesty's Theatre, with the exception of a recitation by Master Jack Warrington, who was encored. Miss Gladys Crossan sang "A Maiden", and Miss Chrissie Rosevear "Cloud Shadows". Both these juvenile singers were recalled among much applause. After the interval, the choir gave "Hark the Herald Angels Sing" in a manner which left little to be desired. Misses E. Ritchie and R. Ryder rendered  "The Angel Gabriel", assisted by the choir, and the applause which the two little girls received was well deserved. Miss Gladys Crossan then gave "The Star of Bethlehem", which was a difficult solo for a one so young, and the enthusiasm with which she was received showed that the audience fully appreciated her ability. — ODT, 19.12.1921.