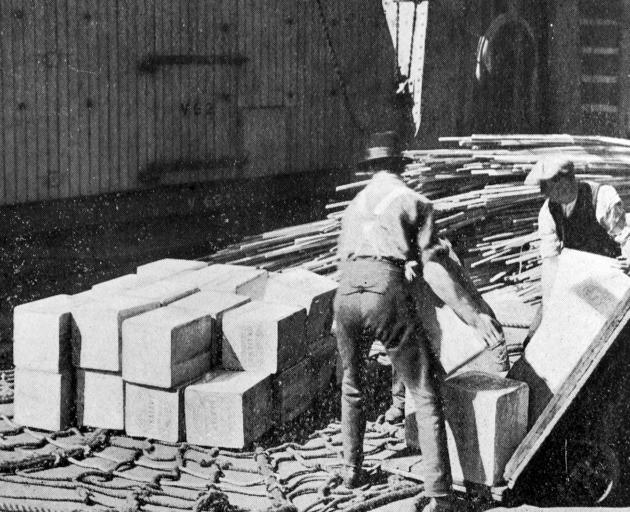 Butter boxed for export, for which the value for the five months ending May 31, 1922 was £1,912,035. — Otago Witness, 15.8.1922
There are now on the water about 200,000 boxes of butter shipped from Auckland, which should arrive in time to obtain the advantage of increased prices. In addition, the season in this district has been such a favourable one that the majority of the factories are still working This means that in the event of the improved market conditions continuing throughout the English autumn, the producers in this district will probably be more than compensated for the temporary slump earlier in the season. The managing director of the New Zealand Co-operative Dairy Company (Mr W. Goodfellow) said it was exceedingly gratifying that, owing to the shortage of shipping and the various delays in shipment, approximately 25 per cent of this season’s make was yet unsold, and would reap the benefit of the improved prices. Addressing dairy suppliers at the annual district meetings Mr A. J. Sinclair (assistant manager of the New. Zealand Cooperative Dairy Company) stated practically one-third of last season's Dutter for export remained unsold. All butter made to the middle of February had been sold on the English market. The
butter made to May 1 had been shipped, so that about one-third of their export remained to be marketed.

Wellington, June 22: Very little interest was taken here in the Dunedin North election until it was over. Now that the result is known the opinion largely preponderating seems to be that it proves that the electors will give so little support to the Wilford-Statham-Veitch party that so far as its chances at the General Election are concerned it might just as well dissolve. At the same time the party is regarded as a menace to the great majority of the electors, because of its ability to split votes and let in the "Red" element against the general desire of the country. On these lines it is argued that there is no longer any need for the third party, and that the real contest should be between the party now in power and Official Labour. At the last meeting of the party with the long name, it is stated on what seems good authority that the discussion centred largely on the question of coming to some arrangements with Messrs Holland and co in view of the General Election, but the members present were divided on the point. Meantime the result of the Dunedin North Election is anything but encouraging to Mr Wilford’s candidates.

The Native Land Court has been sitting in the Supreme Court buildings since Tuesday. A number of applications have been dealt with, and a few native blocks have been partitioned. Probate has been granted in the will of Hera Palmer to Sarah J. Parata, while in the cases of the wills of Sarah Cameron and Herewini Kemara the hearing has been adjourned to Invercargill. Sales of sections 86, 96, 44a, 26, No 3 and 38, Waikouaiti, by the native owners to Mrs Douglass were confirmed. Mrs Douglass also obtained a lease of 27B, Otago Heads, and a transfer of sections 20 and 21. Mr P.M. Collins was granted a lease of three Hawksbury sections, and Mr A.E.J Blakely acquired a section at Puketeraki Beach. The court expects to complete in Dunedin today, and will then proceed to Invercargill, where a panui of several hundred cases will be dealt with. — ODT, 23.7.1922 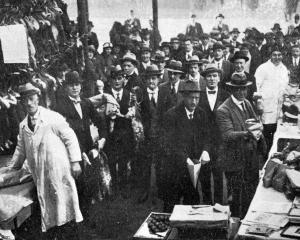