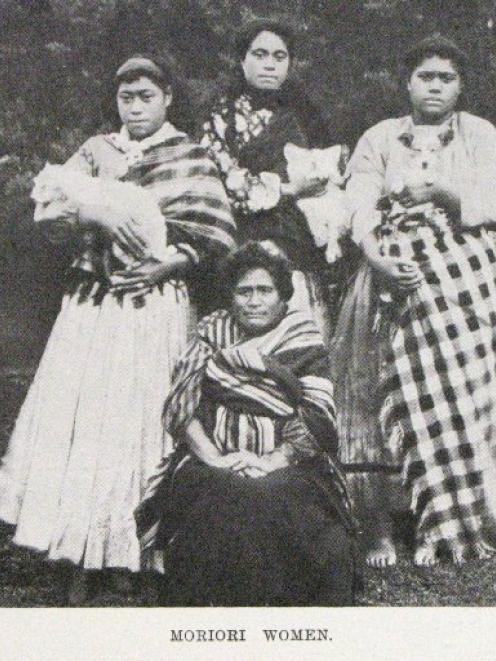 Moriori women at the Chathams. - Otago Witness, 24.8.1910.
It may be taken as testimony to the progressiveness of this community that last night a New Zealand Branch of the London Eugenics Education Society was so hopefully and encouragingly launched as the result of the meeting convened for the purpose in the Town Hall.

The several speakers succeeded in making out a good case for the establishment of such a society.

The meeting last night should have at least one good result in anticipating certain objections and in removing some obvious misconceptions concerning the aims and objects of eugenics.

The New Zealand Society, following the wise leadership of the parent society in London, is pledged to defend - to quote the words of one of the speakers - "the priceless institution of marriage."

It is important to stress this point, since there is a branch of eugenics which, hailing from America, has its following in Australia, and does not hesitate to endorse the demoralising doctrine voiced by G. Bernard Shaw when he exclaimed, "What we must fight for is freedom to breed the race without being hampered by the mass of irrelevant conditions implied in the institution of marriage."

The true eugenist, far from desiring the abolition of marriage, seeks by the education of the public mind on eugenic principles to preserve the sanctity and permanence of the marriage tie.

Another important point brought out at last night's meeting is that, while the aid of the legislature may rightly be invoked for the isolation of degenerates to prevent the perpetuation of the unfit, no such extreme measure as compulsory sterilisation is under contemplation.

For while such an enactment is, we believe, in force in one or more of the American States, the power thus placed in the hands of the authorities is too tremendous to be tolerated in actual practice.

The Eugenics Society, as its name implies, aims at educating public opinion in preference to agitating for compulsory legislation.

In the course of his address to the newly-formed New Zealand Branch of the London Eugenic Society last night the Rev.

Canon Curzon-Siggers said that in this movement science and religion would work hand in hand.