A fairly strong breeze prevailed, but not sufficient to make things unpleasant. The attendance totalled about 2500, the "gate" being approximately the same as last year.

There was plenty to interest the large gathering, the cattle and horse rings being frequently large, and the animals of a good type. The judging lagged badly, and people who had to leave by train were debarred from witnessing some of the classes, and all the competition events.

Speeding up of the show is certainly desirable, particularly in view of the fact that two days are allotted to it.

The horses, both light and heavy, were particularly good, many of the classes being a delight. Mr T.A. Fleming, of Gore, who had the sole responsibility of dealing with the draughts — a very heavy task — said that the general all-round quality was much above what he found when he judged the Clutha Show two years ago. The two-year-old fillies were particularly good.

At a meeting of the Otago Harbour Board held yesterday a letter was received from the town clerk, saying the Dunedin City Council could not possibly agree to accept a lease of the Lake Logan area on terms submitted by the harbour board. The letter said that the yearly rental for the reclamation area, as quoted in the board’s letter — £35 an acre — conveyed the impression that the board was treating the matter purely from a revenue-earning point of view. "The plan forwarded by you also shows a much smaller area than it was originally proposed to set aside for recreational purposes. We are in possession of earlier plans which show both a larger area and a very much better location. The past history of the negotiations show statements which have been freely made by your members at former conferences have undoubtedly led the council and the citizens also to accept it as a fact that your board as a public body would provide an adequate recreation ground for the public in the reclaimed area. I am directed therefore to ask that your board will be good enough to consider the whole question, more particularly as regards the question of rental. If necessary, the reserves committee will be pleased to meet representatives of the board in further conference." After a wide-ranging discussion on the costs incurred by the board in reclaiming the land, alienation of areas for the education board and the university, and an indication from the chairman that the board had to deal with its reserves from a revenue viewpoint, it was agreed the board and city reserves committees should meet.

The report of the claims committee of the Otago Patriotic and General Welfare Association says that four meetings were held during the month of October. Among other things the wants of the soldier in-patients had been attended to as usual. Extra diet had been supplied to the Dunedin Public Hospital and Wakari Sanatorium to supplement the hospital fare, while hospital comforts, such as stationery, toilet and shaving soap etc were sent to these institutions as they were requisitioned for. Tobacco and matches were supplied as usual to the Dunedin Public Hospital, the Seacliff Mental Hospital and the Wakari Sanatorium.

The average number of patients under treatment as defence charges in these institutions during October was: Dunedin Public Hospital, 26; Seacliff Mental Hospital, 27; and Wakari Sanatorium, six. — ODT, 26.11.2021. 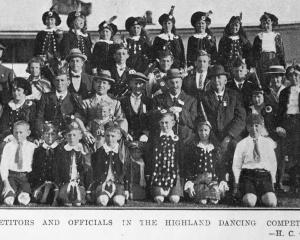