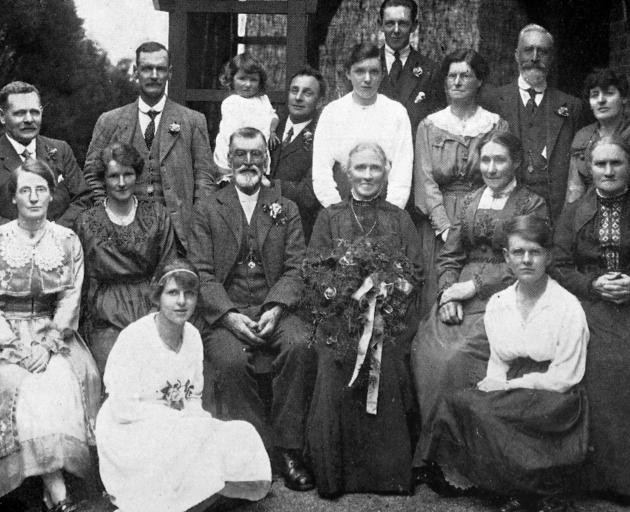 A group at the golden wedding celebrations of Mr and Mrs J. B. McAlister, Belleknowes, Dunedin. — Otago Witness, 10.2.1920.
The steady decrease reported from Wellington in the notifications of cases of influenza is not being reflected in the local returns.

The latest figures for Dunedin show a perceptible increase in the notifications as compared with the average obtaining over the last few days. This circumstance is not to be accepted, however, as an absolutely reliable guide to the actual situation.

The number of notifications that are made on a particular day may be somewhat misleading as a basis of calculation. It is probably not the invariable practice of medical men to send in their notifications daily, and the aggregate from a particular date may be swelled by the addition of returns relating to cases identified a day or two earlier.

In the circumstances as at present revealed, however, the wisdom of the decision not to hasten the re-opening of the schools seems to be unquestionable. Clearly there is a good deal of sickness in the community, and it is impossible as yet to form any conclusion respecting the position.

Of course, an increase in the notifications does not necessarily imply an increase in the virulence of the disease. Indeed, the influenza which is locally recorded is generally of a milk type, a very small proportion, it is very satisfactory to know, being pneumonic cases.

The cyclone which struck Cairns, in the northern part of Queensland, on the evening of February 2, was of a most violent description, and did £580,000 worth of damage in that town alone. The whole of the surrounding district suffered almost as serverely.

If the populace had had any warning much loss might have been avoided, particularly along the waterfront. The meteorologists discovered what was brewing on the Monday evening, and sent out urgent warnings, but somehow the message did not reach Cairns until 11 p.m., when it was too late to warn the townsfolk. The latter might have noticed it for themselves, however, the barometer suddenly fell to 29.17, a sure sign of a cyclone in those latitudes. At 2 a.m. the town was dark and asleep.

A few minutes laters the wind rose with appalling rapidity and force. It boomed, then it roared, and then it shrieked and howled. At 2.30 there was a light in every house, and the people clustered helplessly together in terror. The bellow of the tempest increased in intensity every minute. It drowned all independent sound and movement. One could not walk against it; those who tried were bowled over at once. Trees, chimneys, telephone poles, buildings began to go before the gale. Roofs came away in every direction; there was a constant crash of bursting windows; the air was full of flying fragments. The police and ambulance men, assisted by many volunteers, worked very gallantly, rescuing people from collapsed houses and all sorts of perilous situations.

The Evening News Belfast correspondent says that the Irish prelates’ Lenten pastorals deal vividly and trenchantly with the growing extravagance of social display, the laxity of morals, and the immodesty of women’s dress.

Cardinal Logue describes the tendencies as an index of the degeneracy of the times, for which Ireland has hitherto been uncongenial soil, being known throughout the world for dignity, reserve, and the purity of her women. 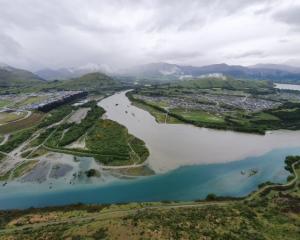