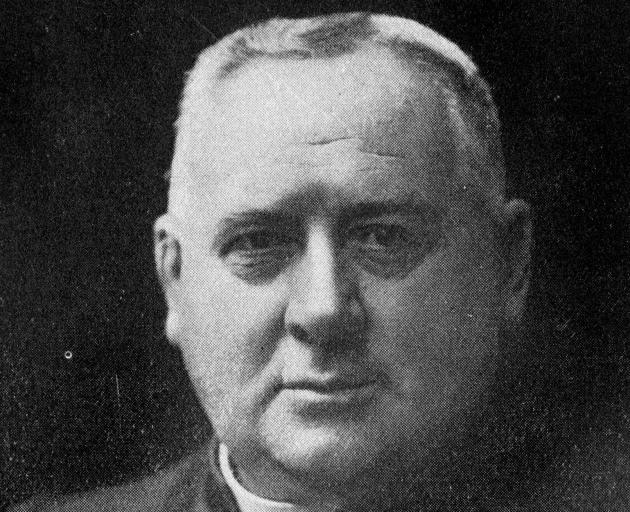 Fr Coffey, administrator of St Joseph's Cathedral, Dunedin. — Otago Witness, 7.2.1922
It is a remarkable achievement to get up to the crater of Mount Vesuvius in any way. One usually has to climb up on his hands and knees. However, a handsome Rolls-Royce saloon car owned by C.A.H. Harrison, a London motorist, recently made the ascent when the car carried the ex-Queen Amelie of Portugal and HRH the Duchess of Aosta. The royal party were able to look down into the mouth of the crater from the car. There is no road up, merely a track, scattered with lava boulders, and the gradient is very steep. The fact that the ascent necessitated half an hour's climbing on first speed will give some idea of the length and steepness of the climb. Added to all this there is the fact that a large portion of the track is constantly covered with clouds, and consequently the track is always wet and slushy. In spite of the slippery and loose state of the surface, neither in the ascent nor descent did the car slip at all, which reflects the very greatest credit to the non-skidding, as well as the wearing powers of the Goodyear straight side tyres with which the car was equipped. It is believed this is the only time a motor car has ever made this remarkable climb. Chassis, coach work, and tyres alike were reported by the owner to have given the greatest satisfaction. — by ‘Accelerator’

So as to permit as great a number as possible of the Catholic citizens of Dunedin and of the friends, generally of Father Coffey to participate in a suitable valedictory, a garden party was decided upon. This took place on Saturday afternoon in the grounds of St Dominic’s Priory, and was attended by a large gathering from all ports of the city and suburbs.

In calling upon the chairman of Testimonial Committee to address the assemblage, Bishop Whyte wished Fr Coffey a pleasant voyage, a happy, holiday, and a safe return. He would be greatly missed, not alone by his own people, but by the community generally, in the public life and interests of which he had taken a very active part.

Fr Coffey, who said he found it very difficult to express his feelings, thanked the various speakers for their kind sentiments and the people generally for the generosity they had extended towards him, not only on that occasion, but also during the lengthy period of his association with them. when pressing needs had to be provided for. He acknowledged with gratitude the people’s handsome contribution towards his travelling expenses as well as those of the clergy, Dominican nuns, and Sisters of Mercy, the total amount being £1000. Fr Coffey intends leaving Wellington on Friday for Sydney. He intends, besides staying for a time in Ireland, to visit the Holy Land, Italy, France and Belgium viewing during his tour the battlefields of the Allies.

Several picnics were held on Saturday, and although the weather was not very promising at the outset, the day was fine. The annual outing for the Dunedin orphanages, arranged by the Otago Yacht and Motor Boat Club was held in the afternoon at Broad Bay. The Peninsula ferry company generously carried the children to the bay by the Waireka. On reaching the bay the children and their guardians were entertained by Mesdames A.C. Hanlon, R. Hudson, C. Speight, A. Begg, A. Miller, L. Gooch, S. Geddes, L.O. Story, J.E. Galbraith, E.C. Nees, M. Nyhon and Dr Emily Nees. Toys and sweets were distributed amongst the children and everything possible was done to make the outing pleasant.

No money for boots

A somewhat pathetic incident that illustrates the financial difficulties some of the soldier settlers are encountering is related in a letter from the King Country. The soldier in question was ploughing in his bare feet. He possessed one pair of boots, but as he required them for visits to civilisation, and as he had no ready cash, he decided to save leather at the expense of the soles of his feet. The incident was not related as a complaint, and it therefore indicates the kind of courage of some of the settlers — ODT, 30.1.1922.