A Press Association telegram from Wellington states that in connection with the distress arising from the famine in Russia, the Prime Minister has received the following cablegram from the High Commissioner. 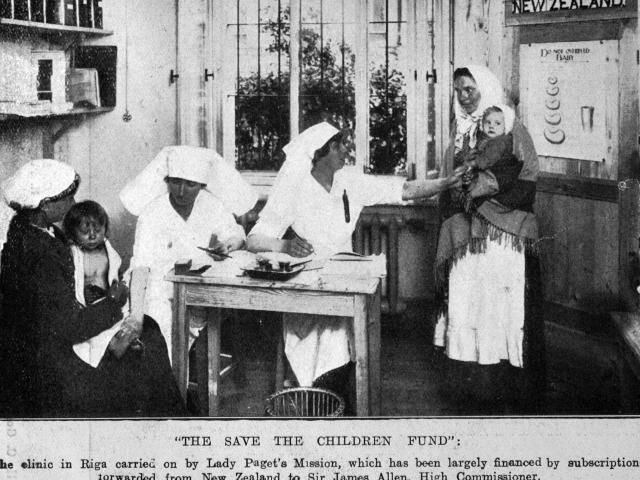 "A Save the Children Fund has been undertaken to feed 250,000 Russian children during the winter, instead of 100,000, as mentioned in a previous telegram. To prevent an appalling loss of young lives during this winter money is urgently required. New Zealand’s generosity saved many lives when the need was great. Now it is much more urgent. Will you let the public know this and ask for help.”

Subscription lists will be opened in the town halls of the principal cities, or subscriptions may be forwarded to the Under-secretary of Internal Affairs for transmission to the High Commissioner.

A sensational escape from the Dunedin Gaol was effected yesterday by the prisoner, Allan Mitchell Aitchison, and another, Arthur Dominic Plunkett, a clean getaway being effected. Aitchison was sentenced by Mr Justice Chapman on Friday to five years’ imprisonment with hard labour, for desperately assaulting Constable Heise at North-East Valley last August. Plunkett was sentenced the same day to detention for four years for reformative purposes and was to be removed to Invercargill.
The men escaped from the exercise yard sometime between 11:15 and 11:30am. apparently by the simple process of  “springing” an iron grille leading from the yard, a double gate that has been the safeguard since the erection of the prison 30 years ago. The grille leads into a passageway, and the escapees must have rushed along this and sprung another grille, which opens the way to the second storey of the gaol buildings, whence they jumped 14 feet or 15ft from a window at the back to the garden below.
From the garden the escapees secured access to the main yard, opening onto Dunbar street (better known as Gaol street), the door into which is not locked in the daytime. The prisoners were last seen at 12:45pm on the hill near the Southern Reservoir, when they appeared to be making south. Some 30 members of the police force continued an active search into the night, but without result.

On Saturday afternoon the motoring season of 1921-1922 was officially opened by an outing to Whare Flat. Since 1915 the opening day has taken the form of a motor run for all soldier patients in the various hospitals, and this year the same programme was carried out, 12 cars with soldiers taking part in the procession. The cars assembled at the Dunedin Hospital and at 2 o’clock the line, in charge of Mr W. Wright (captain of the club), left for Whare Flat, via Halfway Bush.
The weather again favoured the club’s programme, and a most enjoyable run was made to the rendezvous near the Whare Flat School. A beautiful site was chosen for the afternoon’s events, a level field, bounded by the stream and native bush. Afternoon tea was dispensed,  then a short programme of sports carried out, the events including races for the children.
The return journey was made via Mosgiel, and the city was reached about 6 o’clock. The soldiers expressed their appreciation of the kindness shown to them by the Otago Motor Club, and stated that the day for them had been a very pleasant one. The club’s officials responsible for the outing are to be congratulated on the success, the arrangements working splendidly. 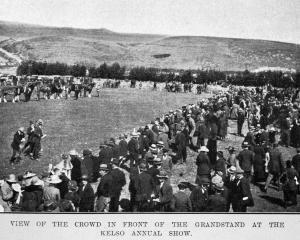