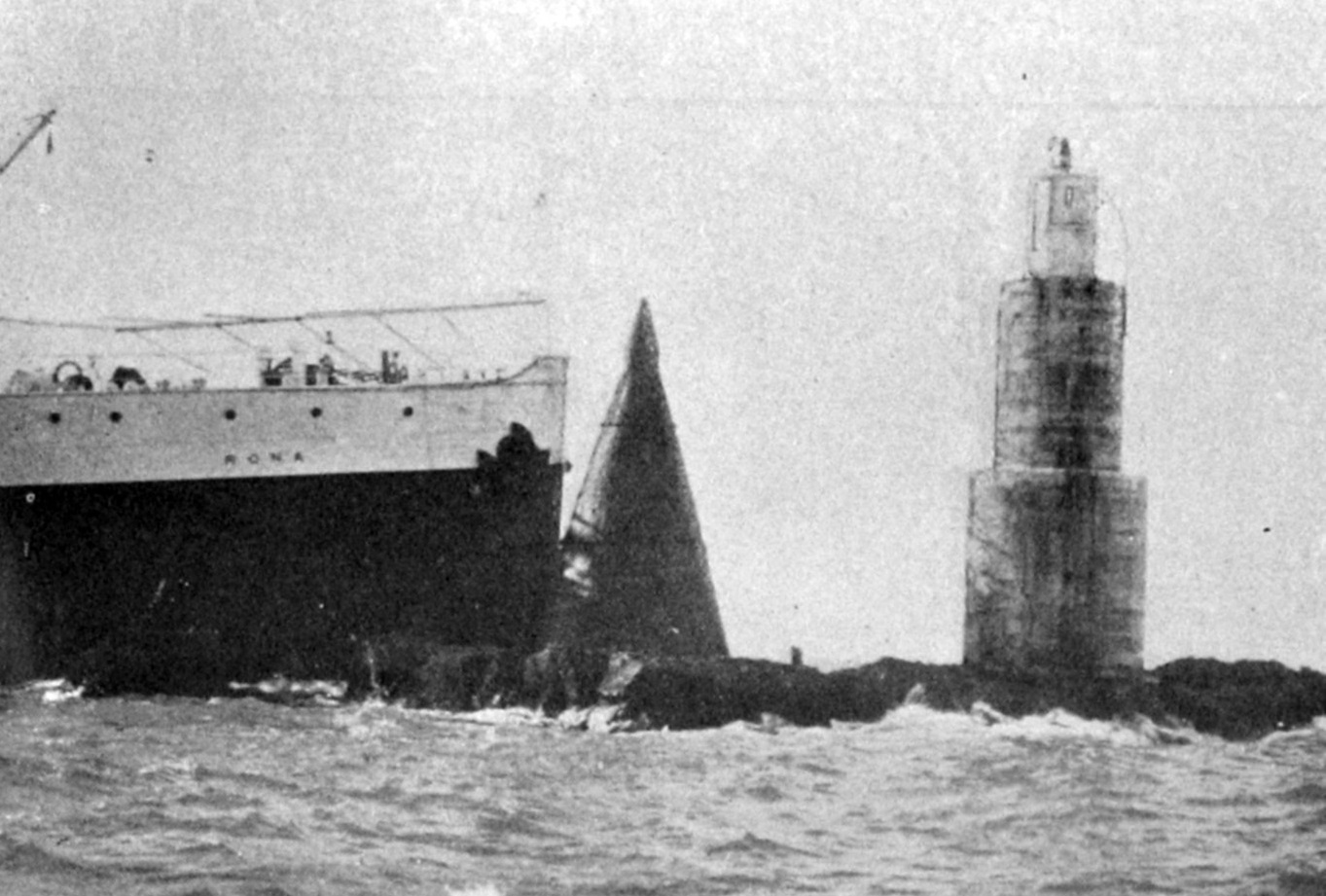 SS Rona aground on Canoe Rock, in the Hauraki Gulf. — Otago Witness, 11.7.1922
Auckland, June 27: The tug Awhina returned this morning from the Rona. Captain Gardiner, master of the Awhina, said that as far as he could judge there was no immediate danger of the Rona being totally wrecked, and certainly no danger to her crew.

If the vessel did not slip off the rock, there was every prospect of saving a considerable portion of her cargo of 7000 tons of sugar.

It is stated that when the Rona struck the ship’s parrot, which had been enjoying a comfortable nap, awoke with a start, and ejaculated: "What do you know about that, now." The bird was very chirpy today, and when not shrieking with laughter gleefully exchanged stock gags with all and sundry.

There was a very large attendance at the Town Hall yesterday afternoon when a civic reception was tendered to Miss Rosina Buckman, the New Zealand artist who has gained a place amongst the foremost singers in the world.

The Mayor tendered Miss Buckman and her husband Mr Maurice D’Oisly a hearty civic welcome to the City of Dunedin.

There was a special reason for the appreciation, for what was termed the Scotch conservative city of their dominion, because the people of Dunedin had inherited the characteristic of doing honour only when called upon to do honour to those to whom it was due. (Applause.)

They were particularly proud to think that throughout their great Empire they had many who have distinguished themselves in their respective professions, but that day they were especially gratified to know that the one whom they were honouring was a New Zealander.

Wellington, June 27: A complaint that farmers were defying the arbitration law was placed before the Minister of Labour (the Hon G.J. Anderson) this morning by a deputation representing the New Zealand Workers’ Union.

The farmers of Southland, according to the deputation, were making it difficult for the unions to avoid resorting to direct action.

The Minister assured the deputation that his department was prepared to prosecute in every case where a breach of the law could be proved.

Mr S. Boreham said he was prepared to state that the farmers of Southland were out to wreck the Conciliation and Arbitration Act as far as it affected them.

Very many of them had refused to pay the threshing mill hands the wages fixed by the Arbitration Court, and they apparently had been able to maintain this attitude with impunity.

They were involving the whole country in a loss by the practice of threshing from the stook, with the object of reducing the wages of the workers.

The trouble, explained Mr Boreham, was that the Southland farmers had refused last season to pay the threshing mill hands the 1 shilling 10 pence per hour fixed by the Court.

There had been concerted action on the part of the farmers to force the wage down to 1s 3d or 1s 6d per hour, and pressure had been brought to bear upon individual farmers who were willing to pay the award rate.