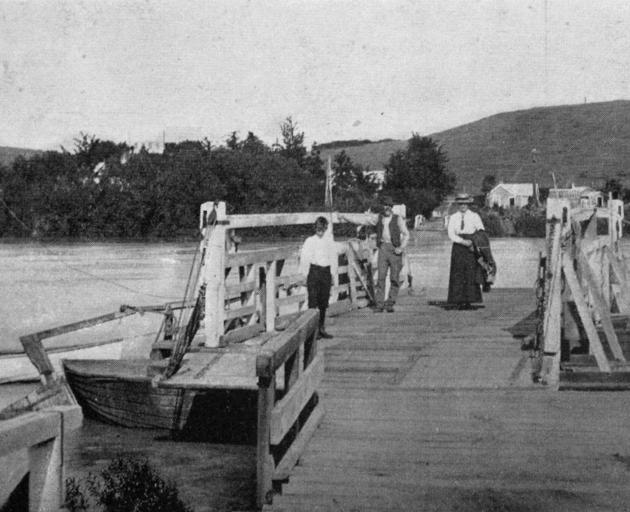 The Clydevale punt. - Otago Witness, 28.5.1919
It is only necessary that the votes of a few soldiers who are returning from Egypt and the votes of the Samoan garrison should be counted in order that the final result of the polling on the prohibition issue in April last should be declared.

There has been, indeed, very little doubt since the week in which the poll was held as to what the determination of the whole body of electors would be. The majority of the civilian vote in favour of prohibition was 13,655, and it was apparent from the earliest returns of the soldiers' votes that this majority would be swamped.

Actually, the soldiers' vote, as ascertained to the present date, shows a majority of 24,184 against prohibition in a total poll of 39,564 men on active service.

Probably we may hazard the suggestion that it is less a vote in favour of continuance than it is a vote against prohibition.

Certainly it is a vote which expresses an emphatic protest on the part of the soldiers against the reference of licensing issue to a poll at all during their absence from the dominion.

Some difficulty is anticipated in the matter of providing accommodation for all the people who may visit Dunedin during Show Week. Owing to the large number of visitors who have been arriving in town during the past fortnight, a severe tax has already been imposed upon the hotels and boarding-houses throughout the city, and it has now become imperative that, in order to avoid disappointment, intending visitors from the country should make their board and lodging arrangements as definite as possible before they leave for the city.

Women are, of course, in a more difficult position than the men, for whom it is easier to make impromptu provision, and who is better able to bear the minor inconveniences.

A vigorous endeavour is being made to alleviate the position to the greatest practicable extent. Yesterday afternoon Messrs R. A. S. Cantrell and H. V. Fulton, president and secretary respectively of the Otago A. and P. Society, in company with Mr A. A. Paape, discussed the whole matter with the Mayor (Mr W. Begg).

It was stated that many of the hotels had been full for some weeks past, and that there was not a great deal of room still available in the boarding-houses. Mr Fulton pointed out, however, that he had inserted an advertisement in the newspapers asking private persons who had rooms available to communicate with him, and he had received a fairly liberal response, and doubtless others would still come forward.

The members of the deputation all expressed an earnest desire to see as many people as possible in town. All they wanted was to ensure that the maximum amount of accommodation would be available.

A representative of the Southland Times was shown a remarkable sample of wool, 27 inches in length, part of a 35lb fleece taken from an ''outlaw'' on Mr J. J. M'Crostie's run, Glencairn, Waikaia.

The wool was very fine and even, without a break in the growth, and was shorn from a halfbred animal which defied capture until a few days ago.