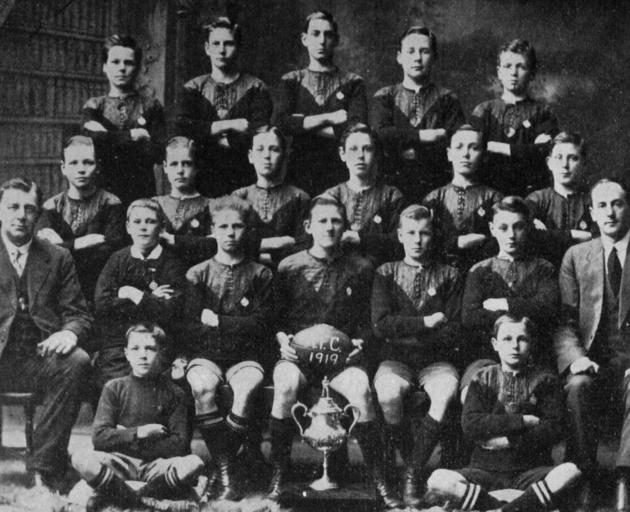 It is satisfactory to have Sir William Fraser's disclaimer on behalf of the Government of any intention of waiting for the completion of the North Island hydro-electric scheme before prosecuting any further development of the water-power resources of the South Island.

The present Government, we are told, is desirous of encouraging any hydro-electric undertaking which will not interfere with its general scheme.

The time has certainly come when whatever Government may happen to be in office should recognise the importance and indeed the need of adopting a strong policy of hydro-electrical development.

Wellington: The deputation from the South Island met the Prime Minister, other members of the Cabinet, and the southern members of Parliament today. Mr Craigie said they thought in the South Island that there was need for measures to bring about greater progress.

There was a large area held by a few men. Reaggregation was going on, and large landholders were permitted to acquire Government leaseholds by outbidding the smaller settlers. They thought that would stop. They wished to see returned soldiers settled in the district from which they came.

The Prime Minister said the motto of the Government was progress and prosperity, and it was going to act up to it. He agreed with what had been said as to the necessity of subdivision, but said a great deal had been done. He quoted figures to show the increase in the number of settlers.

There had been a drift of population from the South to the North Island, but this was accounted for by some natural conditions.

The death, at the remarkable age of 103, is announced of Mrs F. G. Hill, of Oamaru. Mrs Hill, whose maiden name was Mary Little, was born in Dumbries, Scotland, in 1816. Her first husband, Mr James Little, died when her only child was eight years of age. Subsequently, after a brief residence in Bristol, she married Mr Frederick George Hill, with whom she came out to New Zealand in the sailing ship Dunfillan.

As pioneers, Mrs Hill and her second husband settled in the vicinity of Anderson's Bay, where they were intimately connected with the majority of the progressive movements of the province. Mr Hill himself was engaged in the furtherance of early road-making schemes, and saw the main arteries of Otago grow from rough bush tracts into broad metalled roads.

Of later years Mr and Mrs Hill lived a life of retirement in Oamaru, where they were widely known and universally respected. Not the least notable characteristic of Mrs Hill was the manner in which she retained her faculties up to within a few months of her death.

Just three years ago, on the occasion of a visit, her daughter (Mrs E. McClure, of Christchurch), found her baking scones and generally supervising work in the kitchen.