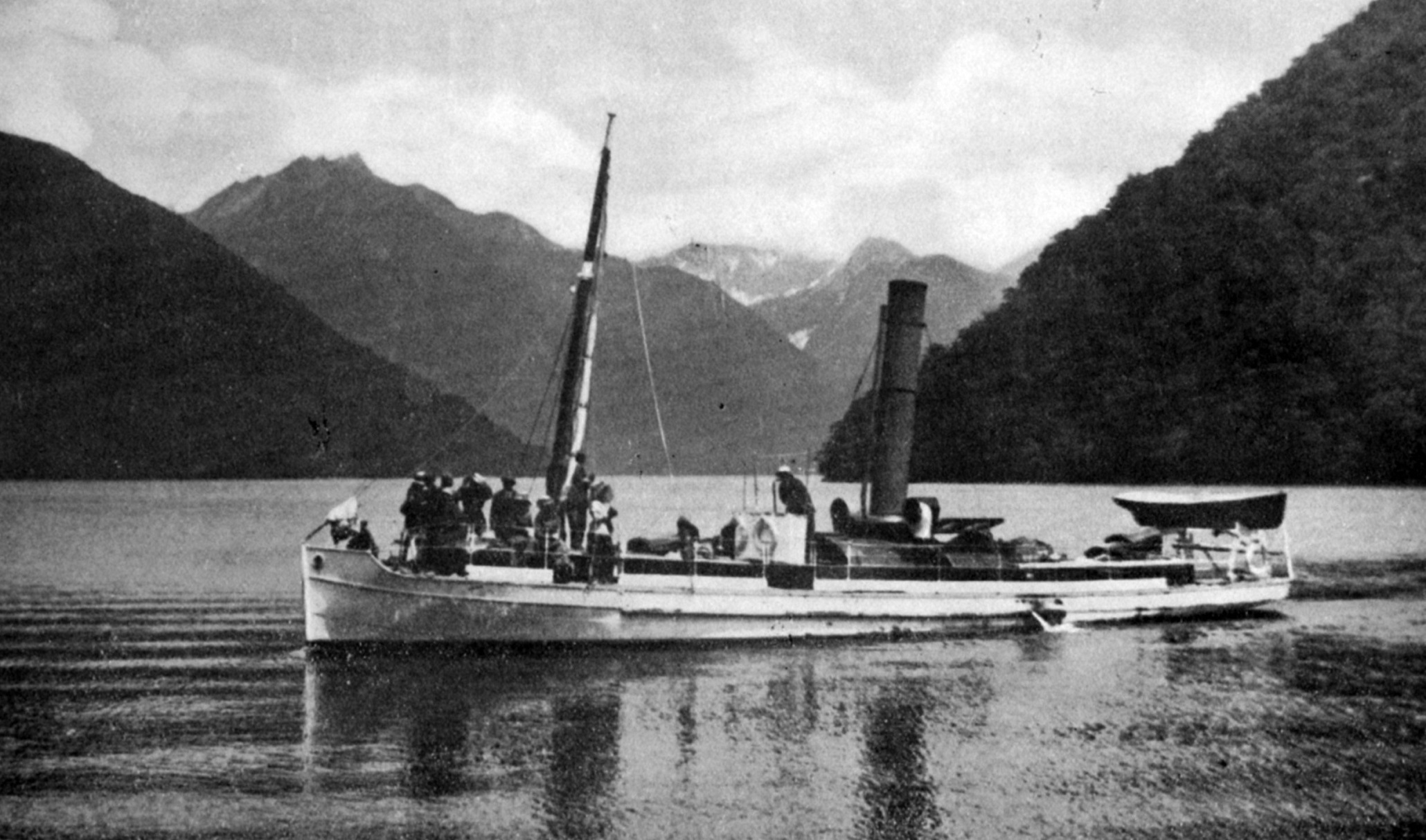 Lake Te Anau tourist steamer Tawera. — Otago Witness, 16.5.1922
As notified recently, the Government Tourist Department has leased the steamer Tawera on Lake Te Anau to Mr E.C. Govan, licensee of the Te Anau Hotel. Mr Govan proposes to use the steamer to make the little-known fiords of Lake Te Anau familiar to tourists and holidaymakers. The steamer will run during the season to the Middle Fiord on Fridays and the South Fiord on Sundays. Milford Track passengers will be catered for on Mondays and Thursdays.

Parliament is being flooded with petitions in favour of such an amendment of the gaming law as will permit bookmakers to be licenced to pursue their calling on racecourses only. There is not more than a remote possibility that any opportunity will be avoided during the present session for the consideration of a proposal to legalise the practice of bookmaking on racecourses or anywhere else. It is difficult to see what acceptable guarantee could be offered that if bookmakers were licenced to operate on racecourses where means for betting on the results of events are already provided they would refrain from carrying on business elsewhere. The practice of bookmaking is prohibited by law at the present time, but it is notorious that to a very large extent the law is ignored. Occasionally, one of the humbler bookmakers, probably tempted to take up his unlawful calling by a knowledge of the enormous extent of the business carried on by the more successful members of the class, is brought to book. Not infrequently the prosecution fails, even though the evidence by which it is supported may be fairly conclusive. But somehow or other the men who operate on the largest scale, and who must be making huge profits, escape prosecution.

Population can be much bigger

"I am one of those." said Joseph Ward at Marlborough College last Monday, "who believe that New Zealand will  one day carry a bigger population than England, Ireland, Scotland, and Wales do today. If I told that to some venerable English people they would be sceptical, but I can explain my reasoning to you. First, New Zealand is the same size as England, Ireland, Scotland and half of Wales, and from the climatic point of view — and consequently a producing point of view —  it is immeasurably ahead of the British Isles. Well, with a country that is larger in area and with a better climate there can be no logical argument to dispute that New Zealand can carry as many people if not more than the Old Country."

Mr George Blyth, who had been in failing health for some time past, died peacefully at his residence, St Clair, on Wednesday last. The deceased gentleman was widely known and highly respected in local business circles. He was born at St George's, London, in 1842, and came to New Zealand by the ship Sir Ralph Abercrombie in 1863.  He was employed on the staff of Mr R.B. Martin, afterwards going into business on his own account, as shipping and Customs agent. Later he took over the accountancy business which he carried on till his death. In his early career Mr Blyth was an active volunteer, and for some time served in the capacity of city councillor, being elected in 1881.  — ODT, 30.6.1922