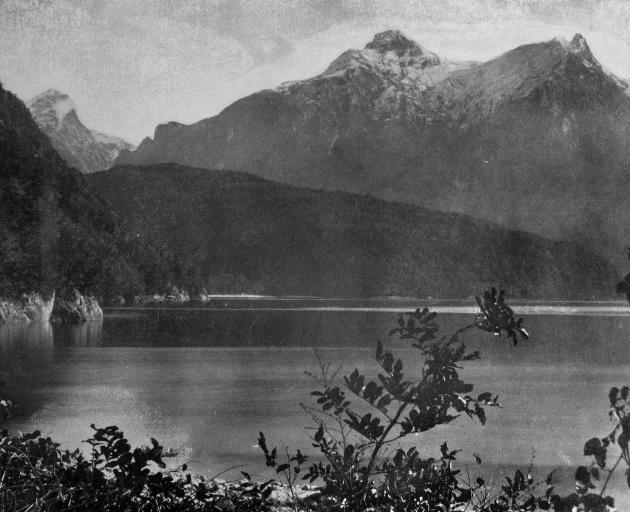 Lake Manapouri. - Otago Witness, 11.11.1919.
The Tramways Committee of the City Council, at its meeting yesterday, considered the question of extending the tramway service in different parts of the city. It was decided, subject to the sanction of the council, to provide an electric service for the residents of Opoho.

This will necessitate alterations to the main road at Opoho, and it is understood to be the intention of the committee to proceed with the work and the work of laying down tram rails immediately authority has been secured.

The committee will recommend to the next meeting of the council the installation of a car service from Pitt Street to Driver's Road, Maori Hill, the extension of the Anderson's Bay line to the cemetery, and the Caversham line to Lookout Point.

Another extension favoured by the committee is a line from King Edward Street, along Richardson Street, St Kilda, via Forbury Park, to St. Clair.

The tramway manager, the city electrical engineer, and the city engineer have been instructed to report on the question of running an electric service to Mornington either along High Street or Stafford Street.

It is known that the committee has recognised for sometime past that it would be cheaper to run an electric service to Mornington, and if the report of the council's experts recommend the commencement of this work the whole question of extending the new service to the top of District Road will be included in the new scheme.

The idea of pushing on with tramway extension is to provide for the expansion of the city. With the tram service to Lookout Point it will not be a difficult matter to carry it further on, and a proposal to run an electric service to Brighton is one which will have the attention of the committee in the near future.

Likewise the question of linking up Ravensbourne and Sawyers Bay with the city tram service is in the minds of members of the committee.

Some two months ago several letters from various correspondents appeared in our columns with reference to the wages and working conditions of dressmakers and milliners.

The president of the local Tailoresses Union (the Hon. J. T. Paul) offered the assistance of the organisation, and the result is that several hundred new members have been enrolled. Proposed conditions and wages have been submitted to the employers, and these will shortly be considered by a Conciliation Council.

The new members were welcomed at the quarterly meeting of the union last night, when there was an attendance of over 200. The half-yearly balance sheet was submitted, showing a large credit balance, and the various reports revealed a most satisfactory condition of affairs.

Shoes made in prison

The bootmaker's shop is one of the most successful sidelines on the Paparua Prison Farm, and the quality of the work turned out has often won the golden opinion of practical men from Christchurch.

In this establishment all boots required for use in the prisons of the South Island are manufactured, ranging from heavy hobnailed footwear for work on the farm, to the lighter form of shoe designed to suit female prisoners.

A neat style of slipper, meant for wear in the cells and corridors, is also made on the premises.