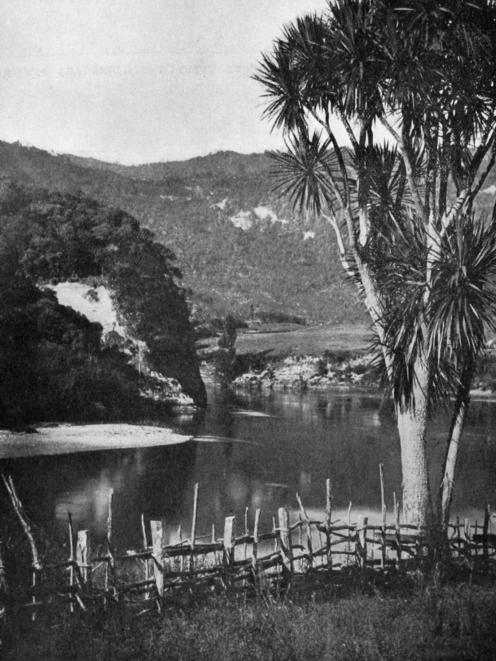 Atene (Athens), on the upper Wanganui River near the Maori settlement of Koroniti (Corinth). — Otago Witness, 25.10.1921
Gorse and blackberry are spreading on the Government scenic reserves up the Wanganui River at an alarming rate. At the River Trust Domain Board meeting last week, the supervisor reported that practically every scenic reserve below Pipiriki was infested.

The position was steadily going from bad to worse, and it appeared to be no- one’s duty to look after the reserves.

The seed was carried down by the floods, and deposited above the high- water mark. Mr Gregor McGregor said that at every Native clearing or break in the bush clumps of blackberry were growing. The whole country was more or less infested with this plant. He had not yet heard of anyone who had successfully eradicated the pest, but it could be checked by constant cutting.

A special meeting of the City Council was held yesterday afternoon to consider proposals for relieving the unemployment at present in the city.

The meeting was attended by the Mayor (Mr J.S. Douglas) and Crs Begg, Shacklock, Gilkison, Larnach, Hancock, Hayward, Taverner, Wilson, Sincock, and Scott. The Mayor said that from the large number of married men with their dependants who had waited onhim he was satisfied that urgent steps to give relief were now necessary.

Whatever was done, there would require to be a spirit of self sacrifice shown on both sides. They were going to urge the Government to do its share by way of subsidy on whatever the council might decide to spend, and they also felt that the amount should be subsidised by the citizens. Two proposals from the heads of municipal department particularly appealed to him, one from the city engineer with regard to road work, and one from Mr Tannock in connection with tree planting on the reserves.  He referred to various resolutions carried at Monday's meeting of the unemployed, and said that these would be referred for consideration to the committees directly concerned.

The council resolved to vote a sum not exceeding £1000 by way of subsidy to the fund to be raised by public subscription for providing relief for the unemployed. Three councillors were appointed to attend a public meeting to be held in the Council Chambers on Friday, in order to meet the representatives of other public bodies and borough councils to discuss the various proposals for meeting the situation.

Dozens killed in mine disaster

Brisbane: Mine rescuers are working tirelessly at the Mount Mulligan mine, where an explosion has killed at least 37 miners and another 35 are still missing. The explosion blew out the mine tunnel and the air shaft simultaneously. At the pit mouth women waited all night, though they knew full well that the chances of their relatives being restored to them alive were hopeless. The rescuers are working in a superhuman fashion to get at the buried miners. Those who are relieved are pacing up and down like caged tigers, impatient for their next turn. The horror of the scene defied description. The women and children are weeping broken-heartedly and the men are working frantically to distract their minds from the horror of the disaster. So far 37 bodies have been recovered. In the opinion of the searchers the last batch died from suffocation. The miners are of the opinion that unless the bodies are all got out immediately they will not be recoverable, as decomposition is rapidly setting in. 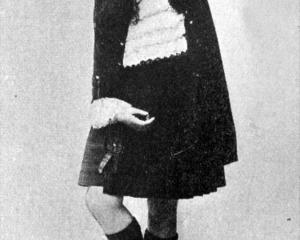