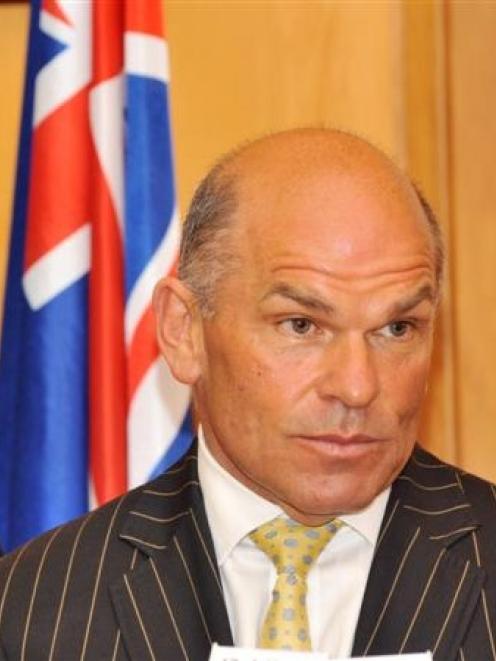 Until now, Act has never really successfully fulfilled its self-declared role of the "conscience" of the National Party.

Its radicalism placed it too far to the right for too long for it to do so convincingly. Now it has not only chosen to become National's conscience.

It has done so by negotiating a complex, but very clever confidence and supply agreement with its sister party, the main effect of which (Act hopes) is to turn Act from mere critic very much outside the tent to a catalyst within which galvanises National to implement policies with a distinct centre-right tinge.

The agreement signed last Sunday has provoked markedly differing interpretations, varying from being viewed as capitulation to National with Act having nothing really tangible to show from its post-election negotiations with John Key and Bill English, to predictions it will yank National firmly to the right.

The truth lies somewhere in between.

Exactly where is not clear because National, at times, will want to be pulled rightwards, while at other times it will insist on straddling the centre.

Whether National is actually putting up resistance or faking it may be difficult to discern.

This week, for example, new Education Minister Anne Tolley wasted little time in firmly ruling out what is basic Act policy - a return to bulk funding of schools.

Less clear was the degree to which Act was able to force National to delay implementation of the emissions trading scheme until a special parliamentary select committee has come up with alterations or alternatives.

How much Act actually had to "force" National's hand is a moot point.

Both parties stand to benefit from the review. Act gets credit for delaying the scheme.

National now has more time to come up with a replacement than its pre-election stance had unrealistically allowed.

Naturally, Act's proving to be useful to National is disturbing the centre-left - and Act has negotiated its agreement with National to allow it to continue to display such helpfulness.

Theoretically, Act has a support arrangement akin to NZ First's with Labour in the last government. That includes ministerial portfolios outside of the Cabinet.

The original idea was to enable NZ First to retain a large degree of independence through technically operating outside the Government. However, Winston Peters, of all people, cut right across that intent by constantly defending Labour.

Act has further blurred the boundaries. It has correctly judged from the Peters' experience that minor partners cannot really divorce themselves from the government while retaining ministers in the government.

Self-preservation thus becomes a matter of retaining some influence with the major partner once the policy concessions negotiated in the confidence and supply agreement have been implemented and quickly forgotten.

However, National and Labour have tended to treat minor partners more as a nuisance to be consulted only when absolutely necessary.

Whoever drafted Act's agreement is politically astute and knows that government is about process.

Act's purpose was best served by trying to infiltrate that process so the party gets a serious hearing over the full three years, not just while post-election negotiations were under way.

Act's agreement with National includes a leadership council comprised of Mr Hide and Mr Key which will meet monthly to discuss the Government's programme and, importantly, to consider new initiatives.

That is but one example of a host of requirements on National to keep Act in the loop.

Mr Hide has also secured a seat on the Cabinet expenditure control committee, which will invite private sector high-flyers who have shown adept talent at cutting and rationalising to get to work on the public sector.

This gives Mr Hide continued access to the inner sanctum of Government where the cost-cutting decisions will be made. He also has his portfolios.

The job of local government minister might seem an odd choice, but Mr Hide has long criticised the rates hikes of recent years.

He is now in a position to make the sector sit up and take notice. Similarly, the new regulatory reform portfolio will enable him to slice through bureaucratic red tape.

On top of all this the agreement sets up are a host of advisory groups, task forces, inter-party working groups to examine aspects of wider policy of major interest to Act, such as parental choice in schooling.

While some of this is piecemeal, Act is effectively operating somewhat as a proper coalition partner without formally going into coalition.

It now has channels of communication to push ideas and initiatives which National will have to consider seriously rather than reject out of hand.

While intensely wary of Act but wanting a long-term and smooth working relationship, Mr Key has given assurances that National ministers will listen.

Where Act will play a big role is in pushing National to follow its manifesto intention of getting the private sector more heavily involved in government projects and delivery of services.

This varies from making more use of private hospitals for elective surgery, to opening up accident compensation to private insurers, to public-private partnerships providing residential care for the aged, to making charter funding for television programmes contestable.

This is a different kind of "privatisation" - something which has so far attracted little attention, but which will be far reaching.

For Mr Key, using the private sector is more about pragmatism, than ideology. He is not going to embark on some dismantling of the state.

But if something has to be done and the private sector can do the job better or more cheaply, so be it.

If it works, it makes it easier for Mr Key to satisfy his party by delivering centre-right policies while he continues to lay claim to control of the political centre.

Here, Act can serve a useful purpose for National. Act's own conscience, Sir Roger Douglas, will no doubt complain that National is failing to move fast enough.

That should be music to Mr Key's ears as the electorate will read Sir Roger as a barometer indicating the National minority Government is a more moderate beast than is actually the case.

Sir Roger may also be useful closer to home. He can speak for the party in ways that Mr Hide will not be able to do.

Mr Hide may technically have the freedom to speak out.

But he is constrained by the knowledge that National-aligned voters who backed him in his Epsom electorate will turf him out next time if Act destabilises National.

• John Armstrong is the The New Zealand Herald political correspondent.